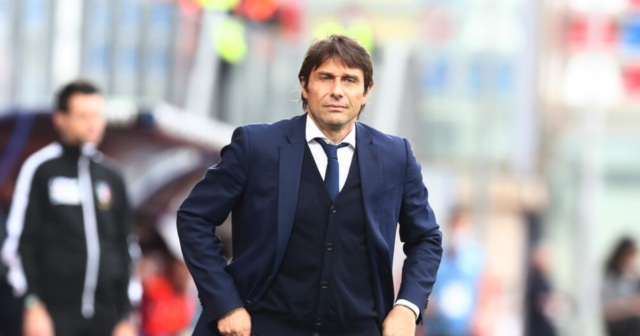 ANTONIO CONTE is ‘ready to accept’ the Manchester United manager’s job but the club are ‘yet to decide’ whether to sack Ole Gunnar Solskjaer, according to reports.

The Norwegian is under mounting pressure, with Sunday’s 5-0 Old Trafford drubbing at the hands of Liverpool a new low.

SunSport exclusively revealed on Sunday Conte, 52, is one of four candidates United chiefs have highlighted to replace Solskjaer should he get the boot.

He is up against Zinedine Zidane, Brenadan Rodgers and Ajax boss Erik ten Hag.

But former Chelsea manager Conte is the first to declare he wants the job, according to reports in Italy.

“The final decision on #Solskjaer is now missing.”

And Fabrizio Romano tweeted: “There’s no doubt on Antonio Conte decision since days.

“He wants Manchester United job and he’d be ready to accept.

“But there’s still no official proposal on the table, as things stand tonight.

“Manchester United are still thinking whether sacking or not Solskjær.”

Although he is said to be keen on the job, separate reports also emerged Monday suggesting Conte would only accept if he has full control over transfers.

The ex-Inter Milan boss – who clashed with Stamford Bridge execs over signings – is also thought to be unwilling to bow to United’s hierarchy surrounding ‘marketable’ players.

Former Italy and Juventus chief Conte is currently available after quitting his role at Inter just days after winning the Serie A title in the summer.

But despite his impressive CV, United legend – and another of Solskjaer’s old team-mates – Peter Schmeichel does not think Conte is the right man to take the club forward.

He told The Times: “You can say, ‘Conte is brilliant’. But he doesn’t stay anywhere for more than a couple of years.

“We are not that football club. We tried that already. It doesn’t work.

“It’s about them and what they want to do in a small window of Manchester United’s big history.

“The problem Ole has is that in this world of quick fixes and fast news he has to win yesterday.

“It has to be delivered now. But it’s not the real world. We stopped that development for a period and our competitors closed the gap then ran away.”