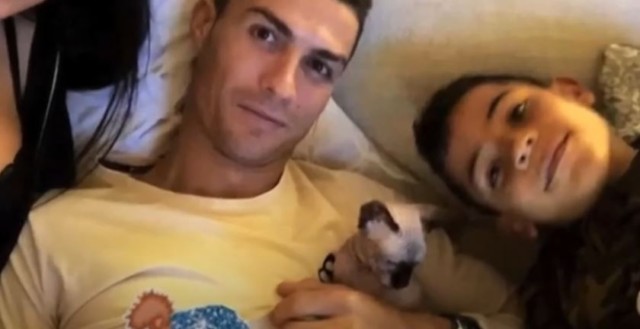 CRISTIANO Ronaldo and his girlfriend have been left distraught after their £2,600 pedigree cat was almost killed by a car. 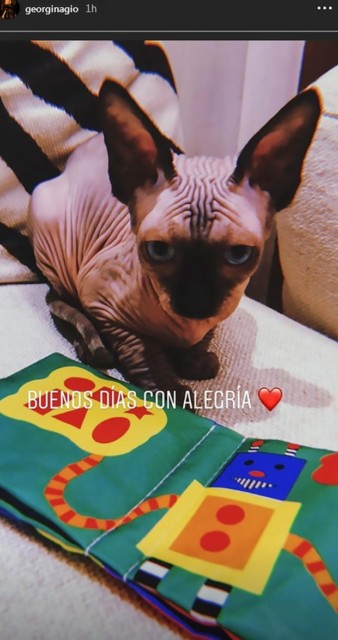 Model and influencer Georgina Rodriguez was heartbroken after the hairless pussy was critically injured in the collision.

Pepe was understood to have been put on a private jet to Madrid to continue his recovery after a touch-and-go spell in a vet’s intensive care unit.

The odd-looking moggie became a star of the couple’s hit Instagram sites before its accident after joining the family just over two years ago.

It has enjoyed luxury holidays with the glitzty couple and got its first taste of £37-million-a-year Juventus idol Cristiano’s Gulfstream G200 jet long before the accident.

The 36-year-old Juventus striker was once filmed frollicking with Pepe – named after a Brazillian teammate – in his underpants while his partner massaged his calf muscles.

Georgina sparked pregnancy rumours last May by dressing the cat up as a baby and taking a picture of it being kissed by Cristiano’s three-year-son Mateo.

The stunning brunette let the cat out of the bag on the car collision in an interview with Spanish magazine Instyle, saying: “Pepe has given us a terrible scare.

“It escaped from home and was run over.

“It was close to death and after a month and a half in intensive care at the vet’s, we’ve decided my sister Ivana should look after it.

Georgina, who has a three-year-old daughter with Cristiano called Alana Martina and is the day-to-day mum of his other three children, added: “The youngest ones didn’t understand Pepe was sick and wanted to play with him.

Ronaldo joked how the moggie looked even more scary than his old United teammate Roy Keane when he took delivery of the pet in November 2018.

Georgina introduced the new addition to the family to her 23 million Instagram fans by posting a picture of it staring up at her low-cut top and saying: “Pepe wishes you a nice day.”

Sphynx cats were actually first bred in Canada in the sixties when a mutant hairless kitten called Prune was born among a normal furry litter. 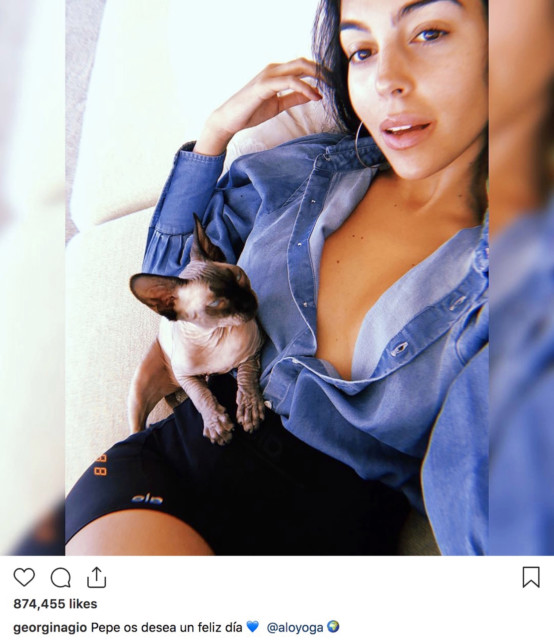 Pepe has enjoyed luxury holidays with the glitzty couple 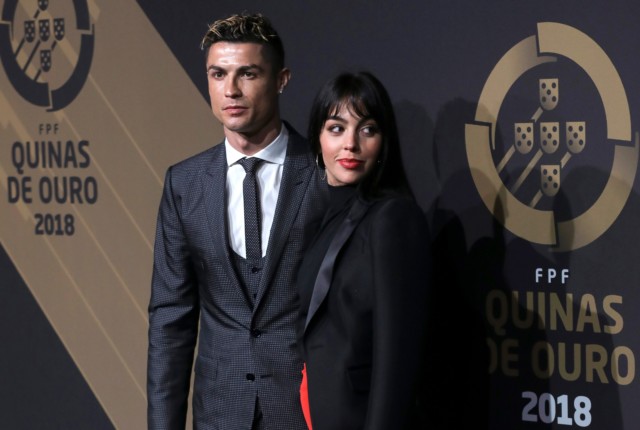 Ronaldo and his girlfriend Georgina Rodriguez