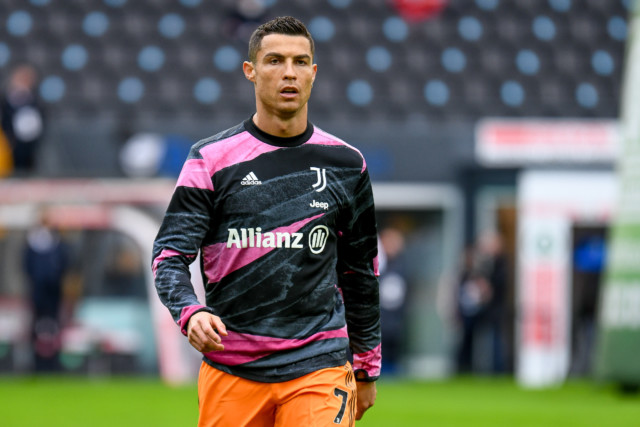 CRISTIANO Ronaldo is said to be “appalled” by a Premier League player accused of fathering a love child.

The Juventus star, who knows the footballer, got in touch with the kid’s mum Jaqueline Sousa.

The events hostess, 33, also received messages of support from other high-profile pals of the married player, who they feel has acted “irresponsibly”.

We revealed the footballer, who cannot be named for legal reasons, failed to reply to a paternity suit after their two-year affair.

He has now been given a date for a court showdown.

Jaqueline added: “It will take place in October when his name could be made public.

“The only people who have been in touch are footballers who know him and were aware of our relationship.

“One of them is Ronaldo. They were appalled by his behaviour.”

We previously revealed that the anonymous player had messaged Jacqueline on the way to his honeymoon.

She said: “He said he loved me and tried to reassure me the marriage didn’t mean anything.”

Did you miss our previous article…
https://www.sportingexcitement.com/football/premier-league/sheff-utd-0-crystal-palace-2-eze-caps-man-of-the-match-display-with-late-goal-as-palace-run-riot-at-bramall-lane