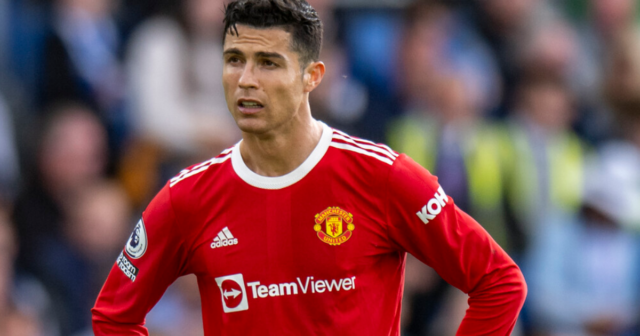 CRISTIANO RONALDO has “effectively been given indefinite leave” by Manchester United after his transfer bombshell.

The Portuguese six-time Ballon d’Or winner told the club that he wishes to move on to pastures new last weekend.

Ronaldo, 37, wasn’t part of the returning crop of players for pre-season training on Monday as he was given extra time off due to family reasons.

Instead, he was spotted at his country’s national training ground in Lisbon, the city where his partner Georgina Rodriguez and his extended family currently are as well.

Ronaldo was seen driving a swanky white Rolls Royce 4×4 as he arrived at the training ground.

United are insisting that his absence is genuinely due to personal issues and that he is not for sale.

However, The Telegraph states that it is “unclear” when he will return and that there is doubt over whether he will fly to Asia and Australia on Friday with the rest of the squad for the club’s pre-season tour.

And they also add that it all “effectively amounts to a case of indefinite leave” for the United star.

The Red Devils are adamant that Ronaldo, who was top scorer with 24 goals last season, will see out the second campaign of his two-year guaranteed contract.

That was expected to be reinforced to the ex-Real Madrid and Juventus forward when he met Erik ten Hag for face-to-face talks once he returned to Carrington for work.

Now those crunch discussions have been delayed – leaving the new United boss with a major headache just weeks after taking charge.

Ronaldo, who believes he can continue playing at the top level until he is 40, is desperate to perform in the Champions League – a competition United failed to qualify for.

That has led to Chelsea, Bayern Munich and Napoli all being linked with a move for him.

He is also frustrated by the club’s lack of transfer activity this summer – although Tyrell Malacia was spotted at Carrington on Monday arriving for his medical.

The 22-year-old Feyenoord defender jetted into the North West on Sunday and went through the first stages of his medical before heading to the club’s HQ yesterday.

The deal will cost the Red Devils an initial £13 million.