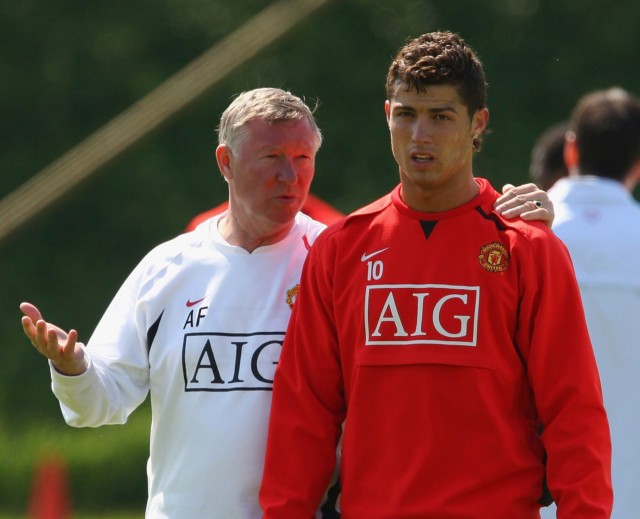 CRISTIANO RONALDO was left ‘raging’ after Manchester United adopted a ‘no foul rule’ in training, Darren Fletcher has revealed.

Ronaldo – who is now the the second-highest goalscorer ever – arrived at Old Trafford in 2003 with the world at his feet.

But he was quickly brought back down to earth when then boss Sir Alex Ferguson pointed out that he needed to improve the speed and effectiveness of his decision-making.

Walter Smith, Fergie’s assistant at the time, came up with a genius idea of getting Ronaldo to pass faster.

Fletcher, who spoke to the Lockdown Tactics podcast, commented on the Portuguese phenomenon getting told a ‘few home truths’ by old-school Fergie and Smith.

Opening up on United’s old training sessions, he said: “He [Ronaldo] had a tough time as well in the dressing room.

“There were times he was holding on to the ball too much and his decision-making wasn’t there yet. He had a tough time, he got told a few home truths.

“But he could deal with it, he was a big personality. The growth in the space of a few years in terms of his personal training, gym, he just became this absolute monster of a dedicated professional.

“And there’s no doubt that environment at Manchester United helped him as well.

“Walter came in and he basically decided to not give fouls in training. I know it was definitely for Ronaldo.

“And the boys were flying into each other and Ronnie was getting lumps kicked out of him.

“Before, you wouldn’t get soft fouls but you would get a foul, he’d be taking the mick, draw a foul, win it, laugh, get the ball.

“So Walter just decided there were no fouls now in training. Ronaldo, for two weeks, was going bananas, ‘Who’s this Scottish guy? What is this?’.

“Basically, the lads tackled you anyway at United, but if you knew there wasn’t going to be a foul. Honestly, it’s amazing how quickly Ronnie started moving the ball and running because he knew he wasn’t going to get a foul, so there was no point hanging on to it.

“And then he started to score more goals and get in more goalscoring positions.

“Listen, it’s a small little thing but I feel the second half of the season under Walter Smith he made a big step. Don’t get me wrong, he made massive progressions off the back of that.

“But it was just a small little thing for a few weeks that I remember Ronaldo being absolutely raging about, quickly accepting and then all of a sudden started taking one and two touch and passing and running more without the ball, and started scoring more goals. 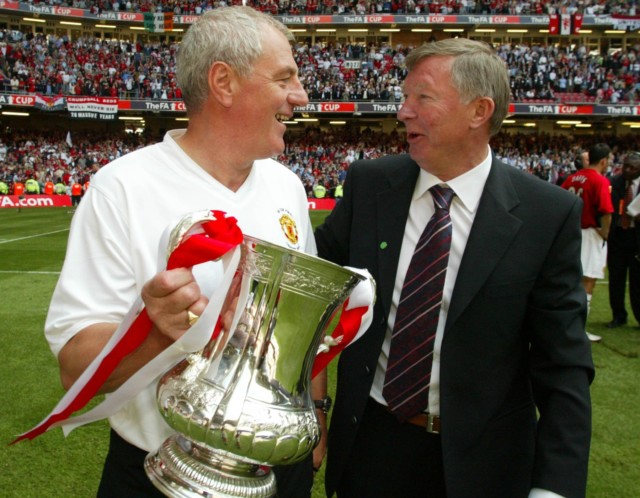 Fergie’s assistant Smith came up with the idea

“I think something clicked in him like, ‘Oh, the skills are good but now this coaching style has made me recognise that if I move the ball quicker and run, with my physical attributes, I’m going to become more effective’. Great management, again.

Gary Neville has explained how he thought Ronaldo’s body shape changed completely when he came back from the 2006 World Cup.

It was then that the infamous wink after Wayne Rooney’s sending off occurred.

But more than that, former Man Utd star Neville said he came back bulked up and full of confidence.

He said: “He came back from the 2006 World Cup and his maturity had changed. His appearance and physical attributes completely changed overnight.

“He was scrawny, wiry and not very strong and then all of a sudden he was a supper middleweight boxer.

“He was incredible from a strength point of view and the ability to leap, change direction, everything fell into place.

“From that moment on you knew he was going to be really special.” 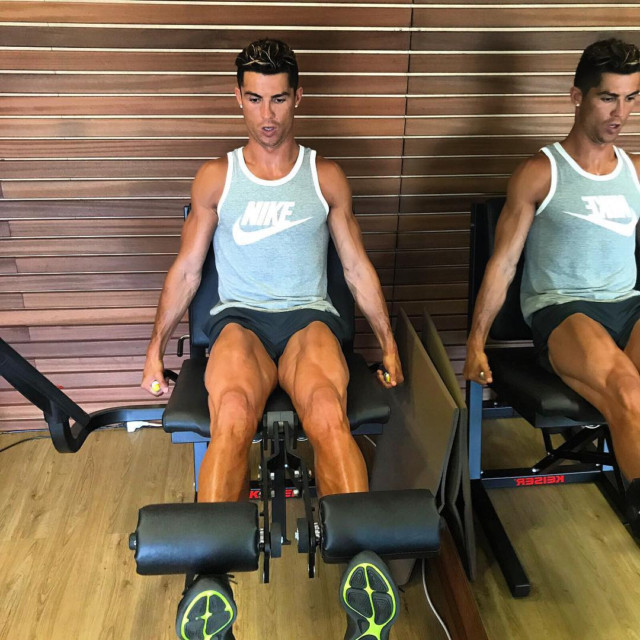 Cristiano Ronaldo has transformed his body throughout his career
Advertisement. Scroll to continue reading.
In this article:manchester united, old trafford