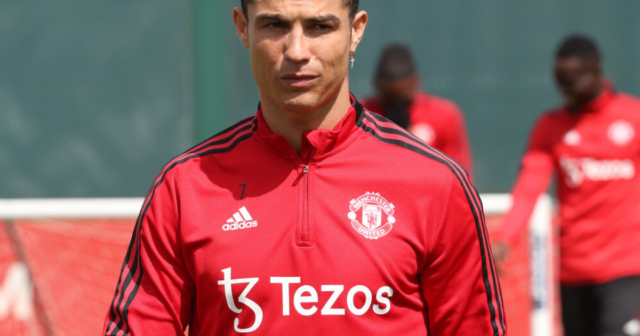 CRISTIANO RONALDO has rejected a lucrative offer from an unnamed Saudi Arabian club, according to reports.

The Portuguese forward is desperate to leave Manchester United this summer, but doesn’t want to move away from European football.

Reports this week claimed that Ronaldo was offered an eyewatering two-year contract worth a total £211million by a Saudi side – working out at £2m a week.

According to ESPN, CR7 has rejected the offer.

The Saudi side would have paid United £25m for their 37-year-old star.

Ronaldo has one year remaining on his Old Trafford contract, but handed in a transfer request earlier this month.

The former Real Madrid ace wants to contend for major trophies in the latter years of his career, and doesn’t believe this is possible at United.

He is also desperate to play in the Champions League.

Ronaldo skipped United’s pre-season tour of Thailand and Australia due to family reasons.

A move has yet to materialise, with potential suitors Chelsea now pulling out of the race.

It’s claimed that Atletico Madrid are interested, but United still insist that he is not for sale.

New boss Erik ten Hag has reiterated that Ronaldo remains part of his plans going into next season.

Ronaldo scored 24 goals in all competitions for United last season.

The Red Devils are trying to make moves of their own in the transfer market.

They have signed Tyrell Malacia from Feyenoord for £13m, with Christian Eriksen set to follow on a free transfer.

United have agreed a £46m fee with Ajax for defender Lisandro Martinez, while they are still trying to complete a deal for Barcelona ace Frenkie de Jong.

Should they fail to sign the Dutchman, they have reportedly identified Youri Tielemans and Ruben Neves as alternatives.