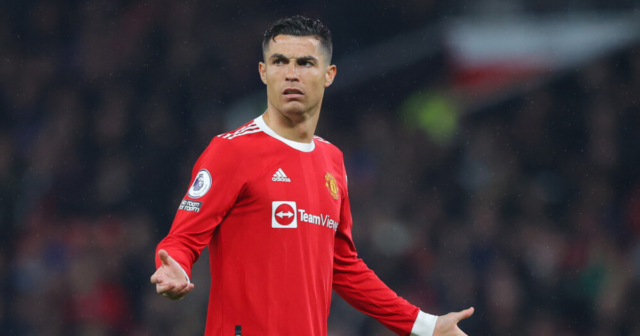 The 37-year-old has told the club he wishes to leave this summer in his quest to play Champions League football.

Ronaldo hasn’t joined the Red Devils on their pre-season tour of Thailand and Australia due to “family reasons”.

United are now planning the rest of their tour without their talisman as he continues to train alone in Lisbon.

As well as United’s failure to qualify for Europe’s premier competitions, the Portugal international is “upset” at his wages being docked by 25 per cent as a result.

SunSport exclusively revealed last week how Erik ten Hag’s side have accepted that they will part ways with the five-time Ballon d’Or winner this transfer window.

Chelsea have been heavily linked with making a move to secure his services after new owner Todd Boehly met with Ronaldo’s agent Jorge Mendes to discuss a potential move.

And Ronaldo‘s sister Katia has seemingly confirmed that her brother is set to depart Old Trafford.

Speaking on Instagram, the 44-year-old replied to a question from a user which read: “Cristiano will stay [in] Manchester?”

Translated by the Manchester Evening News, she replied: “I suggest some glasses… a span of brain or else learn to read haaa and notion.”

Her bullish response isn’t the most clear, but it appears she is encouraging the fan to open his eyes and read the room regarding Ronaldo’s future.

SunSport understands that just days before he informed United of his desire to leave, Ronaldo was handed a six-figure bonus by the club.

United insiders revealed the Euro 2016 winner hit the jackpot as soon as the second year of his contract kicked in at the end of June.

The windfall was part of the deal he agreed on his return from Juventus last summer.

An Old Trafford insider said: “The contracts all renew at the start of July and then the news about Cristiano wanting to leave came out.”

Before adding: “He’s done nothing wrong, but a few people have suggested the timing of it all might not be a coincidence and Ronny could have revealed his wish to leave weeks ago.”