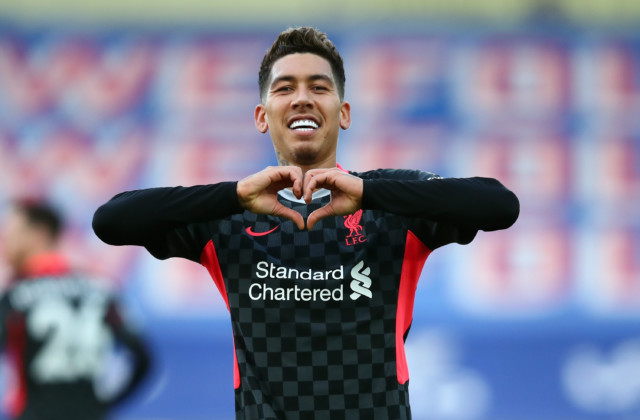 RUTHLESS Liverpool will stay top at Christmas after Roberto Firmino and Mo Salah ran riot in a brutal thrashing of Crystal Palace.

And it is one hell of an achievement when you consider the unbelievable misfortune the champions have suffered on the injury front.

After constant moaning after failing to get his own way with the introduction of five substitutes, Klopp was able to relax and watch a vintage, explosive away win in south London.

Palace boss Roy Hodgson has now lost all six top-flight games against his former club and he will not want to watch a repeat of this one.

Takumi Minamino gave Liverpool the perfect start with a third minute opener, Sadio Mane grabbed his seventh goal for Liverpool against Palace and Firmino wrapped up the match by making it 3-0 before half-time. Reds skipper Jordan Henderson got the fourth, Firmino added his second and substitute Mo Salah completed the rout.

It was Liverpool’s biggest win of the season and proved beyond doubt they will not give up the title without one hell of a fight.

Watching from the stands was Palace striker Christian Benteke, who was suspended following his red card in the 1-1 draw at West Ham.

Benteke would have loved to have faced his former team, although the champions took just 126 seconds to take the lead,

It was a clever finish from Minamino although Mane deserves credit for laying the chance on a plate. Japanese winger Minamino, signed for just £7.25m from Red Bull Salzburg, delivered a clever dummy to avoid a block from Nathaniel Clyne before drilling the ball into the corner for his first Premier League goal.

Palace got into some decent positions inside Liverpool’s 18-yard box without troubling Alisson. The best example was when Jordan Ayew got away from Fabinho and then played a terrible square pass behind Zaha who would have had a tap-in. 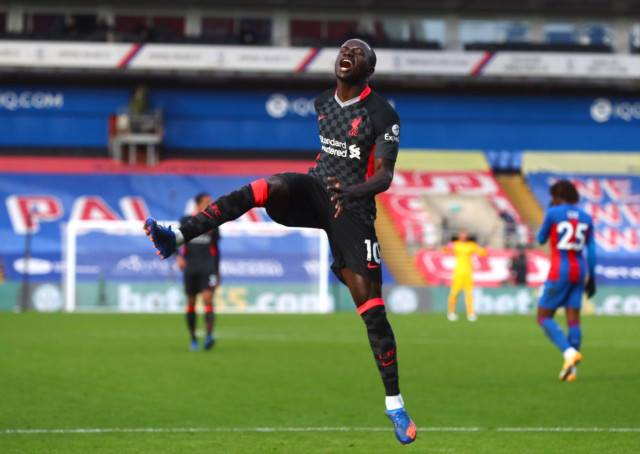 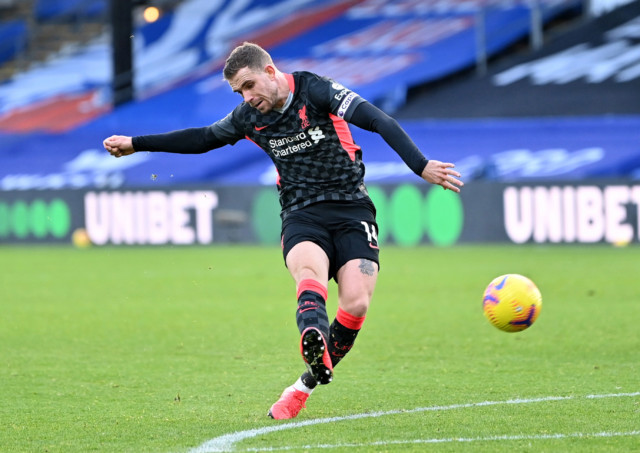 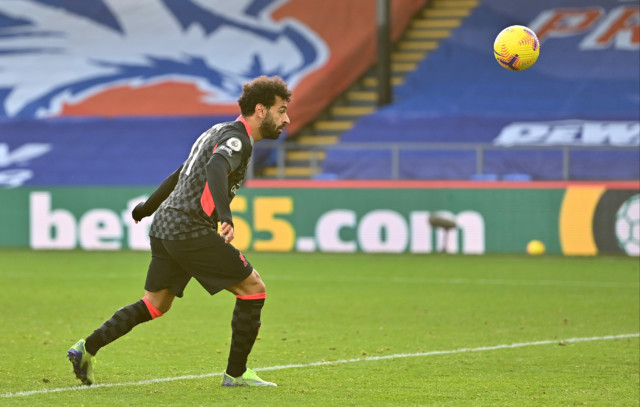 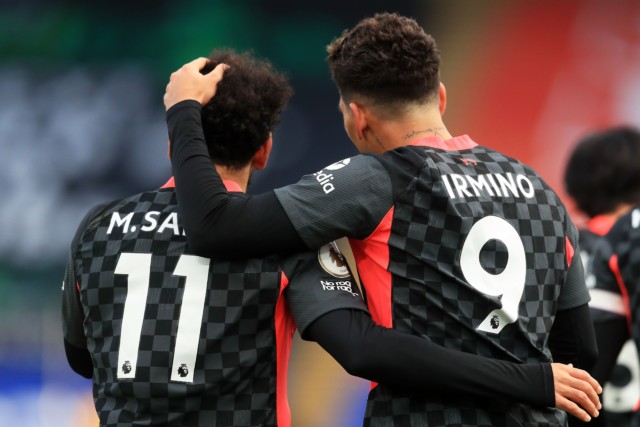 Firmino and Salah showed no mercy on Crystal Palace 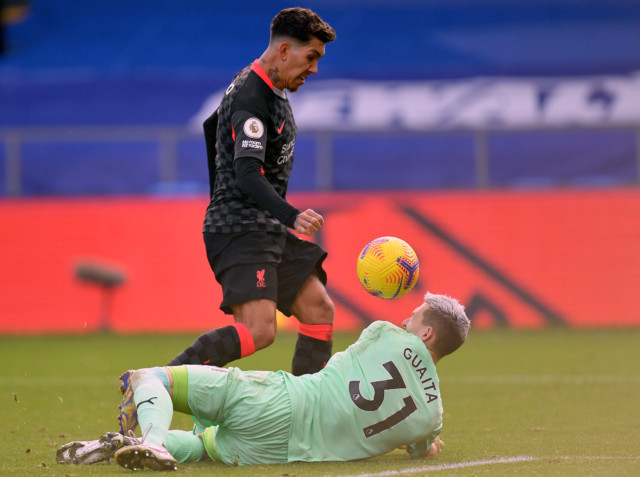 Firmino chips the ball over Guaita to bag his second

Mane registered his customary goal against Palace with a terrific strike. He took one touch to control Firmino’s pass to take the ball away from Clyne and the Senegal international produced a thumping right-foot finish for his sixth goal of the season.

Patrick van Aanholt and Trent Alexander-Arnold had a face-off and touched heads with the Palace defender claiming the England right-back kicked the ball at him.

Both players were careful not to move their heads forward because either one would have been sent off.

Yet from Van Aanholt’s subsequent throw, Liverpool won possession and tore up the other end to make it 3-0.

It was a brilliant strike on the counter attack with Andy Robertson’s cross met with a stunning first touch from Firmino who then used the side of his boot to score.

The scoreline at the break was a bit rough on Palace. Yet six minutes into the second half and Henderson grabbed the fourth with a first time strike from outside the area after Alexander-Arnold rolled the ball into his captain’s path.

Just before the hour, Mane was clearly not happy at being replaced by Mo Salah while Minamino should have made it 5-0 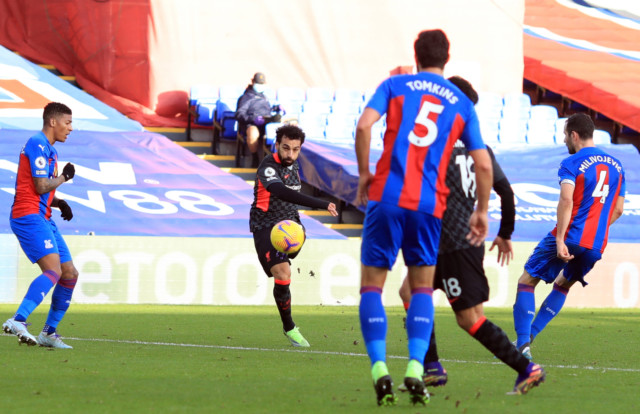 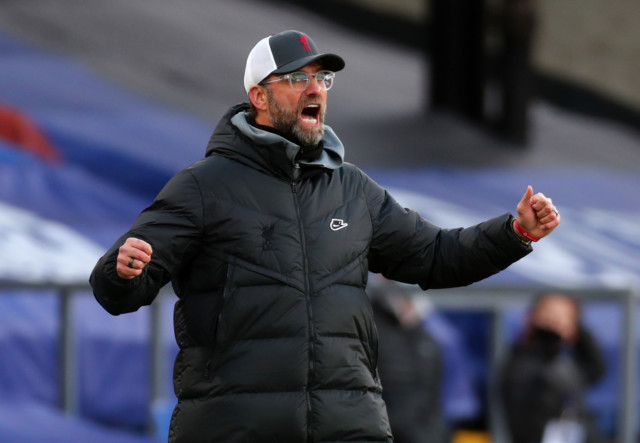 Liverpool then rubbed salt into Palace’s wounds by grabbing a fifth on the counter attack. Salah crafted a perfect pass from the right and Firmino took another outstanding touch before lifting the ball over Palace keeper Vicente Guaita.

With 10 minutes left, Salah showed good reactions to score for a fifth game in a row. Joel Matip met Alexander-Arnold’s corner and Salah used his head to guide the ball past Guaita.

The best goal of the game came with six minutes left courtesy of a wonderful, curling strike into the top left corner from Salah to secure the biggest ever top-flight win.