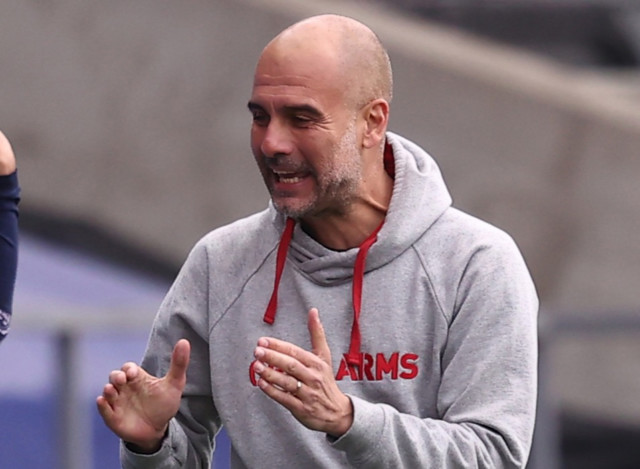 BY the time Antiques Roadshow is on the box tomorrow, there is every chance Manchester City will have been crowned champions.

So how fitting that their own golden oldie was the man to put them within touching distance of a fifth crown in the past decade.

Sergio Aguero is in the final month of a City career which will probably never be matched in terms of goalscoring exploits.

Amazingly, though, none of his previous 257 had ever come at Crystal Palace… until his 58th minute thunderbolt finally broke the deadlock.

Little more than a minute later he was at the heart of it again, too, buzzing around and causing havoc, to give Ferran Torres the chance to whip in a quickfire second.

All of which means that if Manchester United slip up against Liverpool at Old Trafford tomorrow afternoon, Pep Guardiola’s men are kings of the hill once more.

In all truth, they already are. All a United win against their hated rivals would do is delay the inevitable.

So how fitting that it was Aguero who sent them on their way at Selhurst Park, albeit with nothing of the drama of that famous last-second winner in 2012. 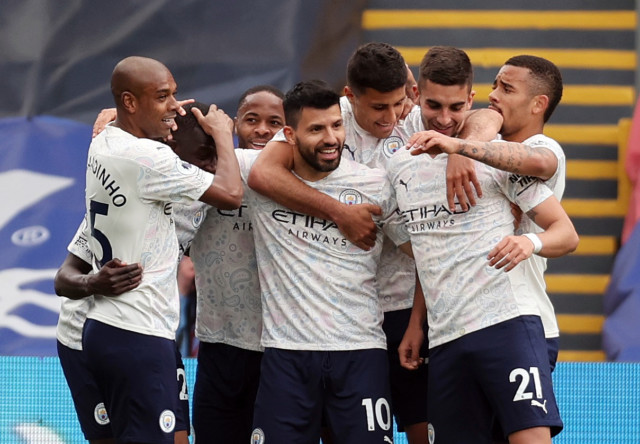 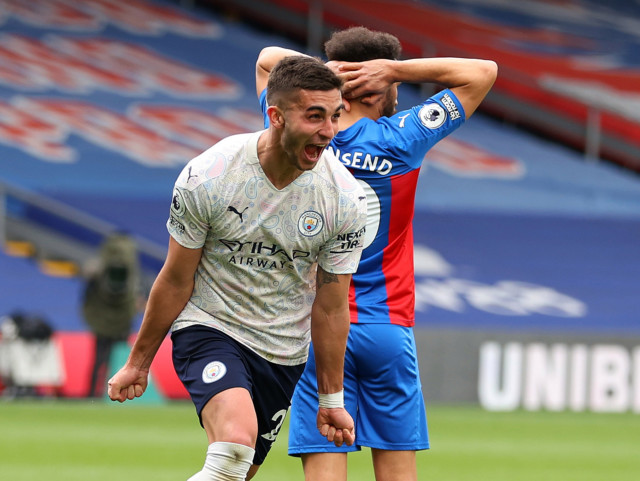 Mind you, in terms of a finish this was actually more of a masterpiece, sparked by a marvellous delivery from the left by Benjamin Mendy.

Aguero, racing full pelt into the box, killed it with one touch of his right boot, and smashed a rocket into the roof at Vicente Guaita’s near post.

Until that point Pep Guardiola had the look of a man whose side were battling the drop, rather than eyeing a treble, as they made such heavy weather of it.

But 84 seconds later he was dancing a jig of delight on the touchline as Torres drilled through Cheikh Kouyate’s legs and into the bottom corner, and it was game over. 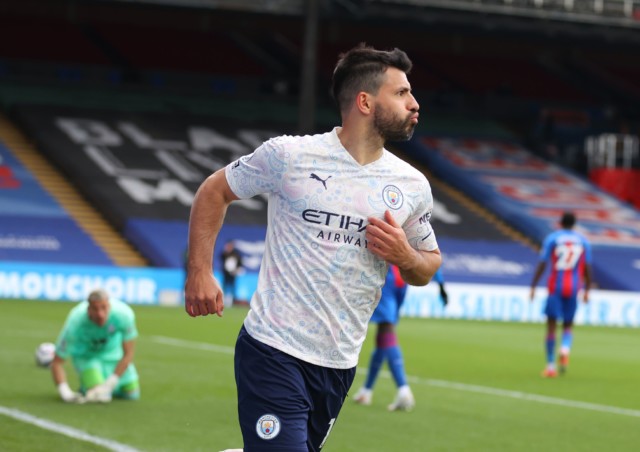 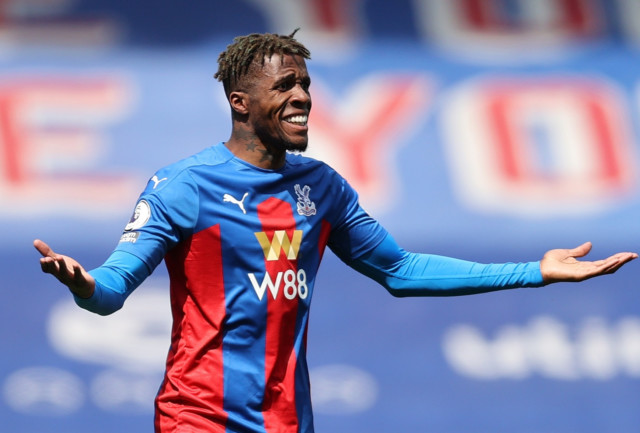 Crystal Palace remain in 13th place after a third-consecutive defeat

All of a sudden it had gone from a question of could they find a goal to how many they would finish with. And really, it could have been a whole lot more.

Raheem Sterling drilled another effort against the foot of the post, and then Christian Benteke somehow blocked a point blank Aymeric Laporte shot behind.

By then, though, any more would merely have been icing on the top. The cake was made… by teatime tomorrow they could be tucking into another celebration feast.