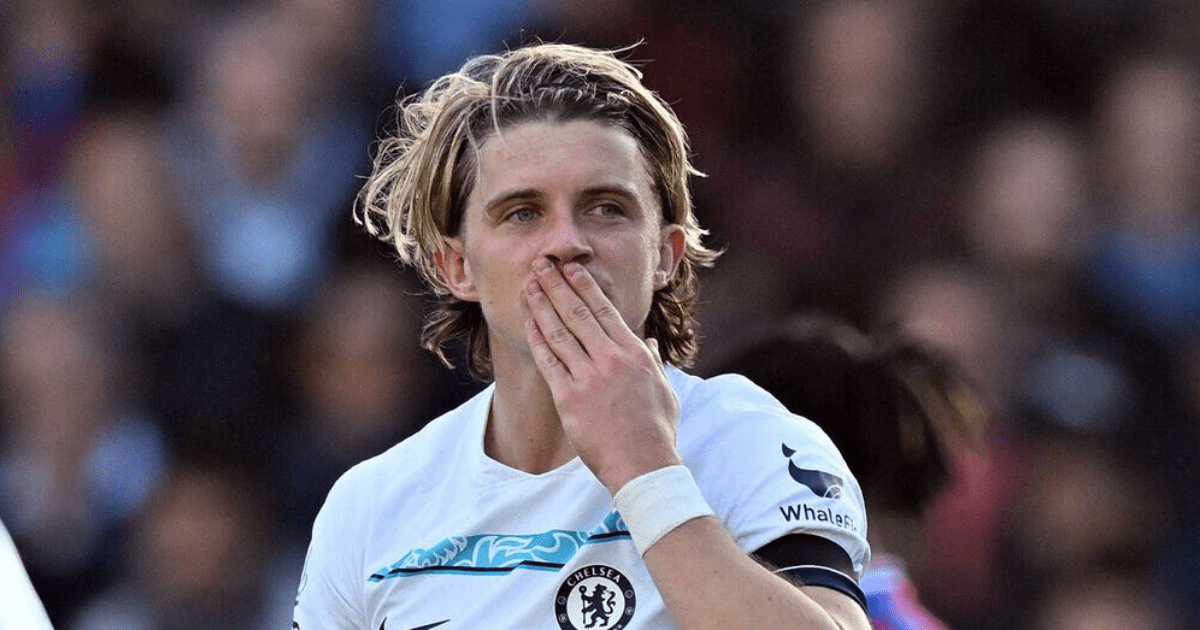 CONOR GALLAGHER scored his first goal for Chelsea and made sure it was one to remember.

The midfielder curled in a stunning 20 yard strike at the death to ensure new boss Graham Potter got off to a winning start in the Premier League.

Gallagher refused to celebrate his 90th winner having spent last season on loan at Crystal Palace being moulded into the player he is now.

His goal is a statement that he is ready to now stay put and fight for a first-team place.

Veteran striker Pierre-Emerick Aubameyang also scored his first goal since joining Chelsea in the summer as the visitors fought back from going a goal down after only seven minutes.

But his particular moment of joy was overshadowed by the latest VAR controversy as the embattled technology fights a battle for credibility. 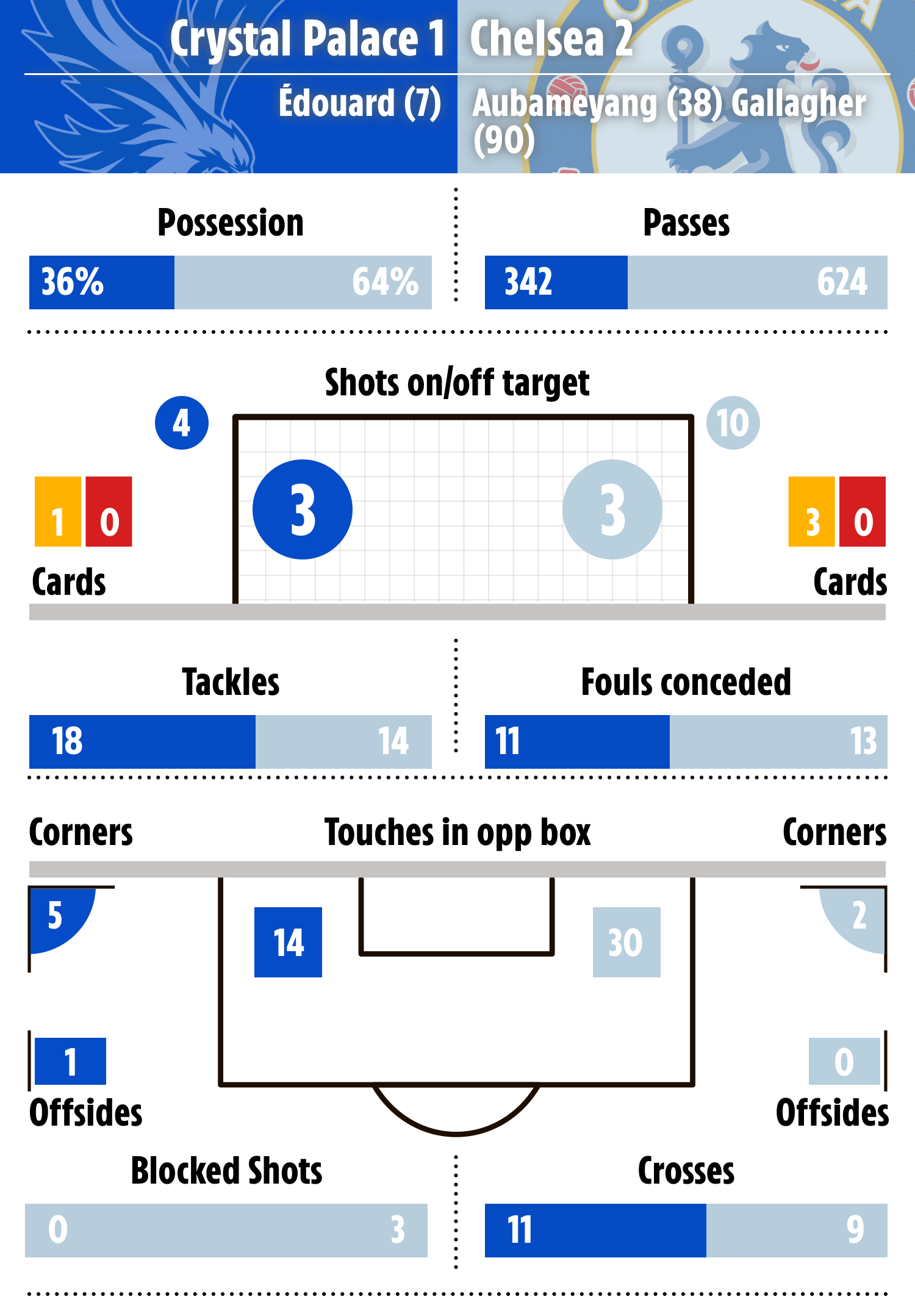 Aubameyang’s classy 38th-minute strike was set up by defender Thiago Silva and Palace were steaming mad that the Brazilian was on the pitch to claim his assist.

Five minutes earlier the veteran centre-half deliberately handled after coming off worse in a tussle with Jordan Ayew.

As he lay prone on the deck, Silva pawed the ball away from the Palace striker’s feet to stop him racing through to score.

He was booked by ref Chris Kavanagh but VAR Stuart Attwell did not class it a denial of a goalscoring opportunity which would have meant instant red.

Silva stayed on and went on to set up the goal that denied Palace a big scalp which would have ruined Graham Potter’s first Premier League game as Chelsea boss.

Eagles boss Patrick Vieria remonstrated with the fourth official but his chairman Steve Parish went even further with a full-blooded Tweet during the game.

Parish wrote: “What is the point of #var, we chop and change every week. Even if it’s not a #dogso which it is, he handballs it twice deliberately so two yellows!”

Refs’ chiefs swung into action swiftly and insisted it was unclear if Ayew was in an ‘obvious’ goal scoring position, adding: “Still 40/45 yards from goal and two Chelsea players within 5-10 yards.”

Potter’s first team selection in the Premier League would always be a curiosity. He picked the usual suspects more or less but went with a back four, a break from the norm for Chelsea of late.

Wesley Fofana was back in but no place for Kalidou Koulibaly in the second of Potter’s two games in charge so far. That’s an ominous sign.

More important than who was in and the formation, Chelsea were sluggish at a ground where they have come a cropper before during their many tilts for the title.

There was a touch of fortune about the way Palace took the lead in the seventh minute.

Flat-footed Fofana conceded possession just inside the halfway line and from there Odsonne Edouard was able to peel off to his right and find Jordan Ayew on the flank with a pacy pass before continuing his run into the box.

Ayew dropped a cross to the far post and Edouard nicked in ahead of the Chelsea defence to prod the ball over the line by raising his leg and sticking out the sole of his boot.

The early setback was the worst start for Potter yet Chelsea already seem to be taking on board some of his philosophies.

Maybe it is the new manager’s reputation as a flowing football advocate but there seemed to be more zip about them, even though there has been barely two days since the international break to prepare for this game. 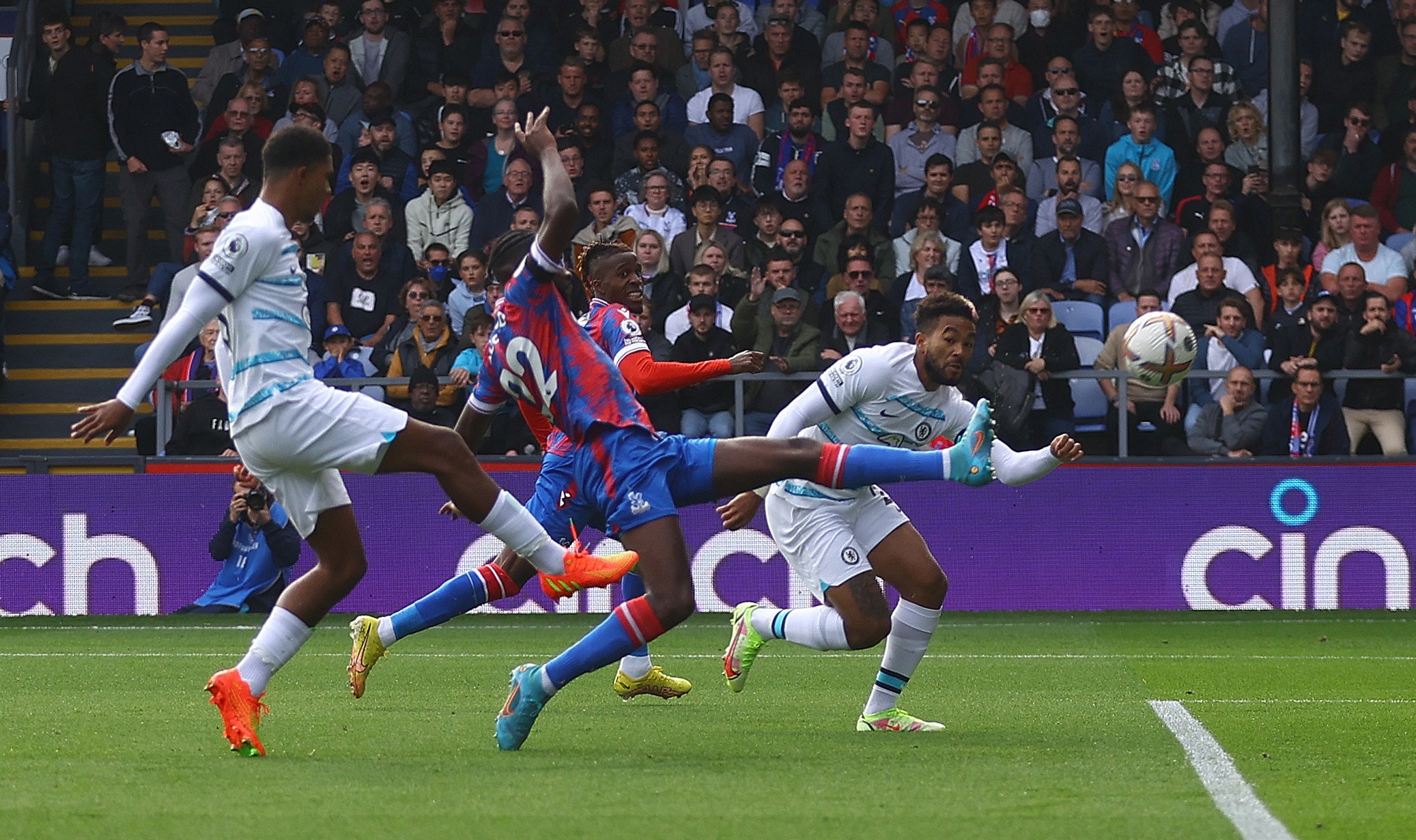 Odsonne Edouard did well to open the scoring for Palace 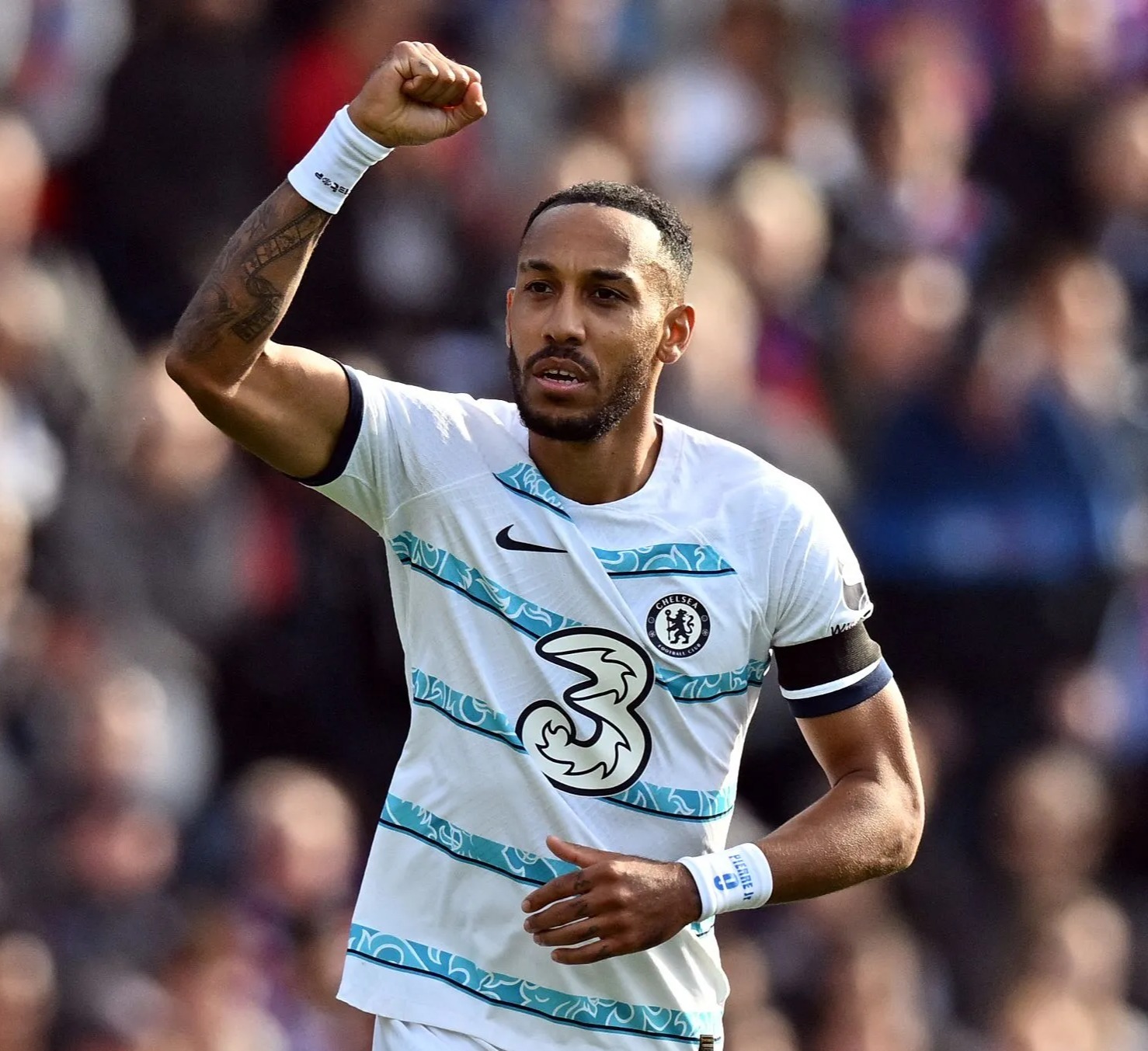 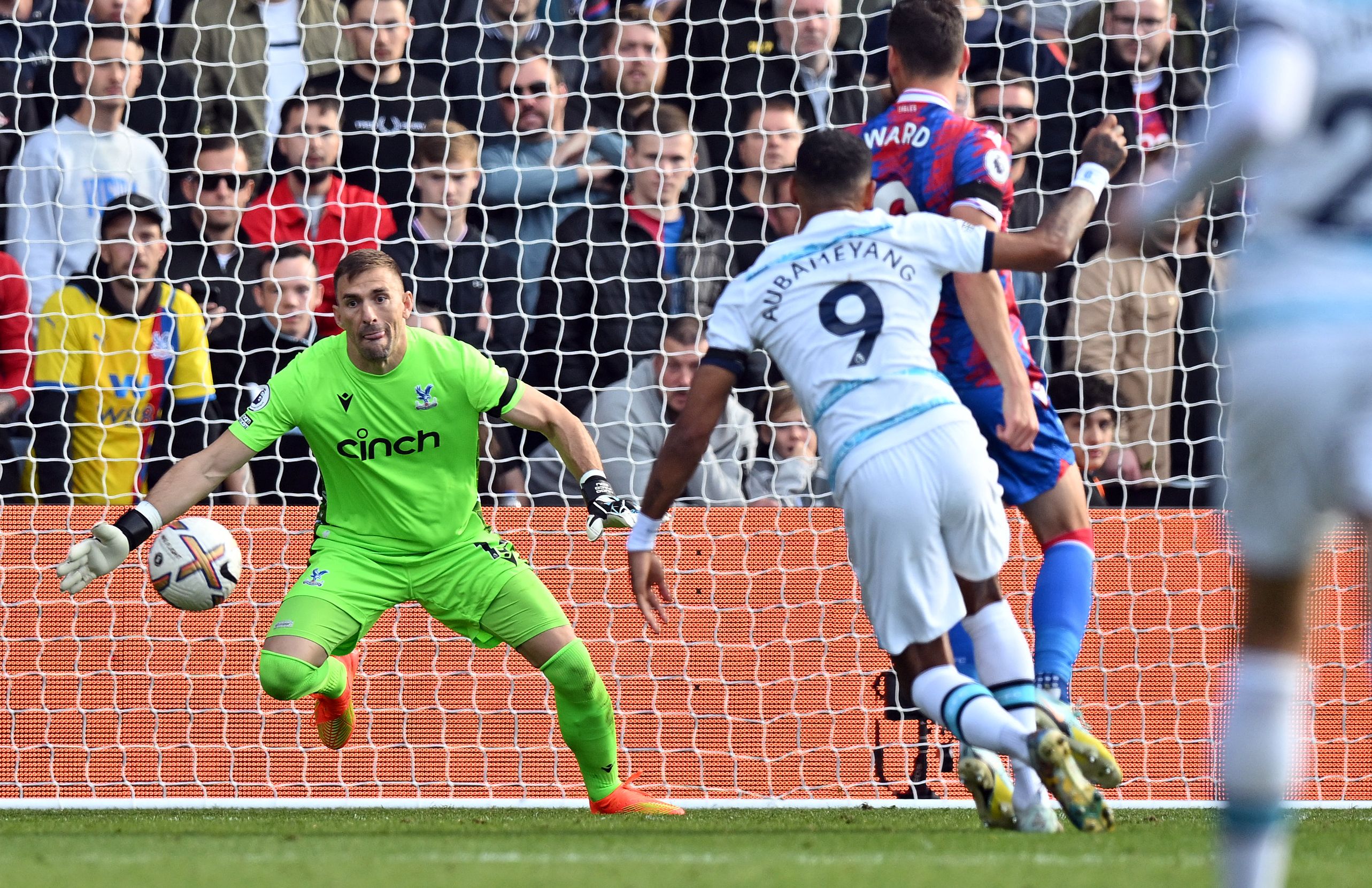 Aubameyang fired into the bottom corner in style for the Blues

Sterling put in an energetic shift, Kai Havertz and Mason Mount looked fresh having faced each other on opposite sides in England’s chaotic 3-3 draw against Germany on Monday.

In Reece James, Potter is blessed with the best right-back in the country right now. You can argue all you like about the pros and cons of Liverpool’s Trent Alexander-Arnold but nobody is shifting this guy from the England team.

Monstrous in defence, silky in attack, it was from a majestic cross-field ball that Chelsea drew level.

He switched the ball from his right back position to the left wing in one magnificent arc and there to meet it was Silva.

A targeted header perpendicular to the way he was facing rolled the ball neatly into the path of Aubameyang and he didn’t even touch it as he rolled his body then swiped a shot with his right foot past Vicente Guaita from roughly 15 yards out.

Whether or not Silva should still have been on the pitch by that stage is a debate for others to rage about but Aubameyang’s first goal for new manager Potter was a work of art.

It came at a heavy cost for Palace too as Nathan Clyne, who had challenged Silva in the air for the initial cross, landed awkwardly and ended up being carried off on a stretcher.

Palace tempers frayed in the second half as they felt more and more harshly done to by ref Kavanagh but it was nothing to the boos which accompanied Gallagher’s goal at the death.

Swapping passes with fellow Chelsea sub Christian Pulisic on the edge of the box, he sidestepped Palace replacement Jean-Phillippe Mateta with a classy bit of footwork before unloading a blistering dipping shot across the box that gave Guaita no chance. 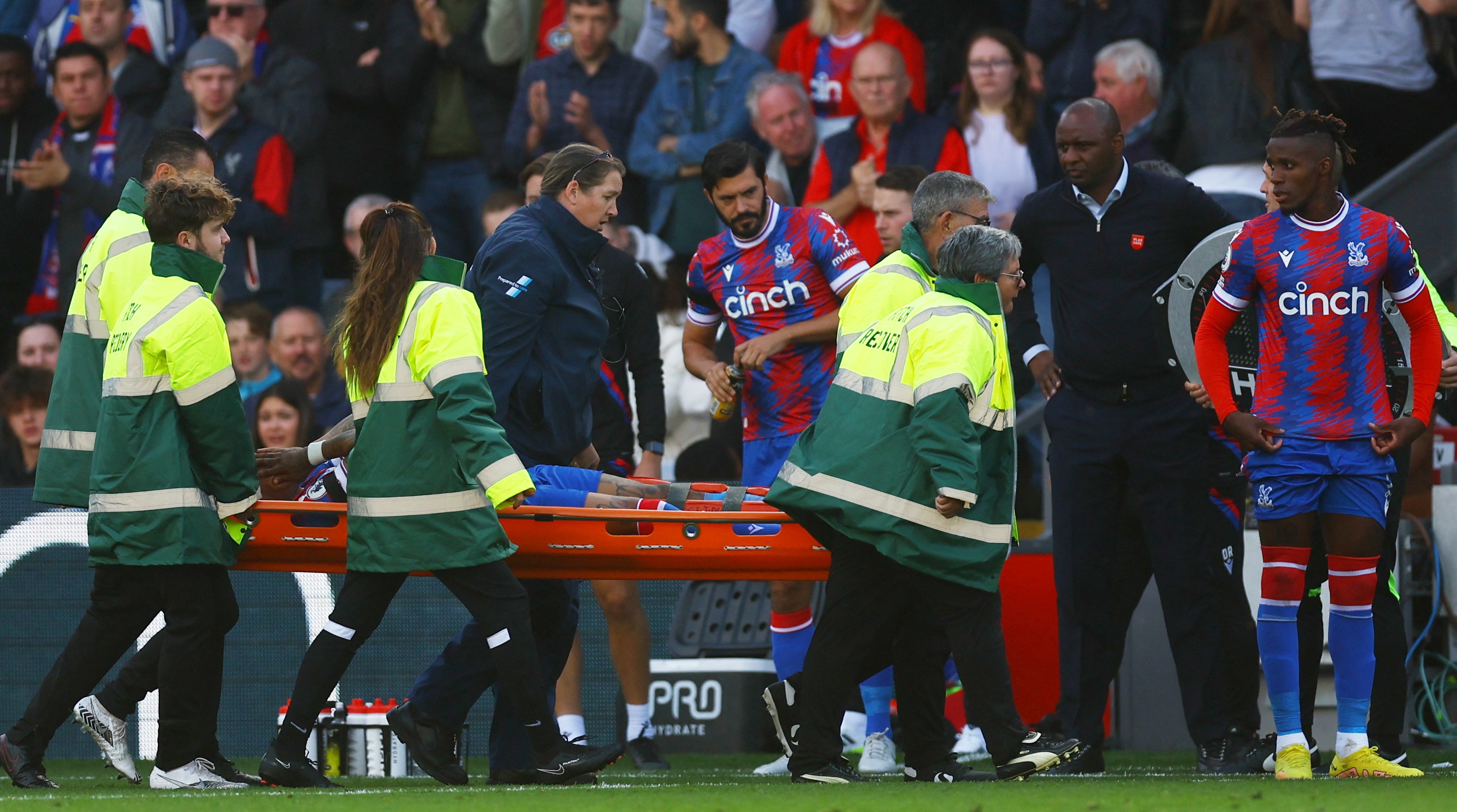 Nathaniel Clyne was stretchered off after a nasty injury 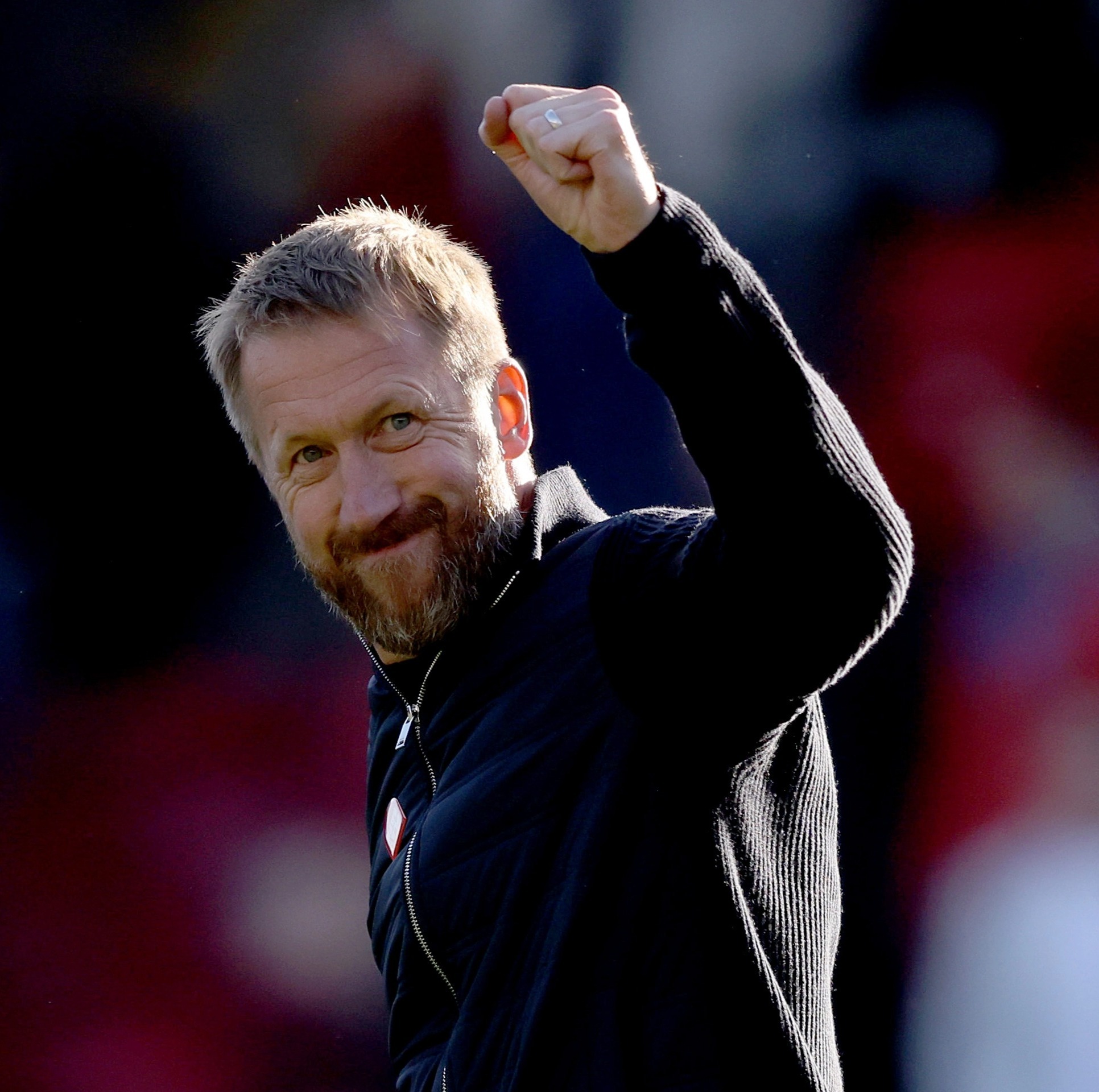 Graham Potter got his first win as the new Blues boss