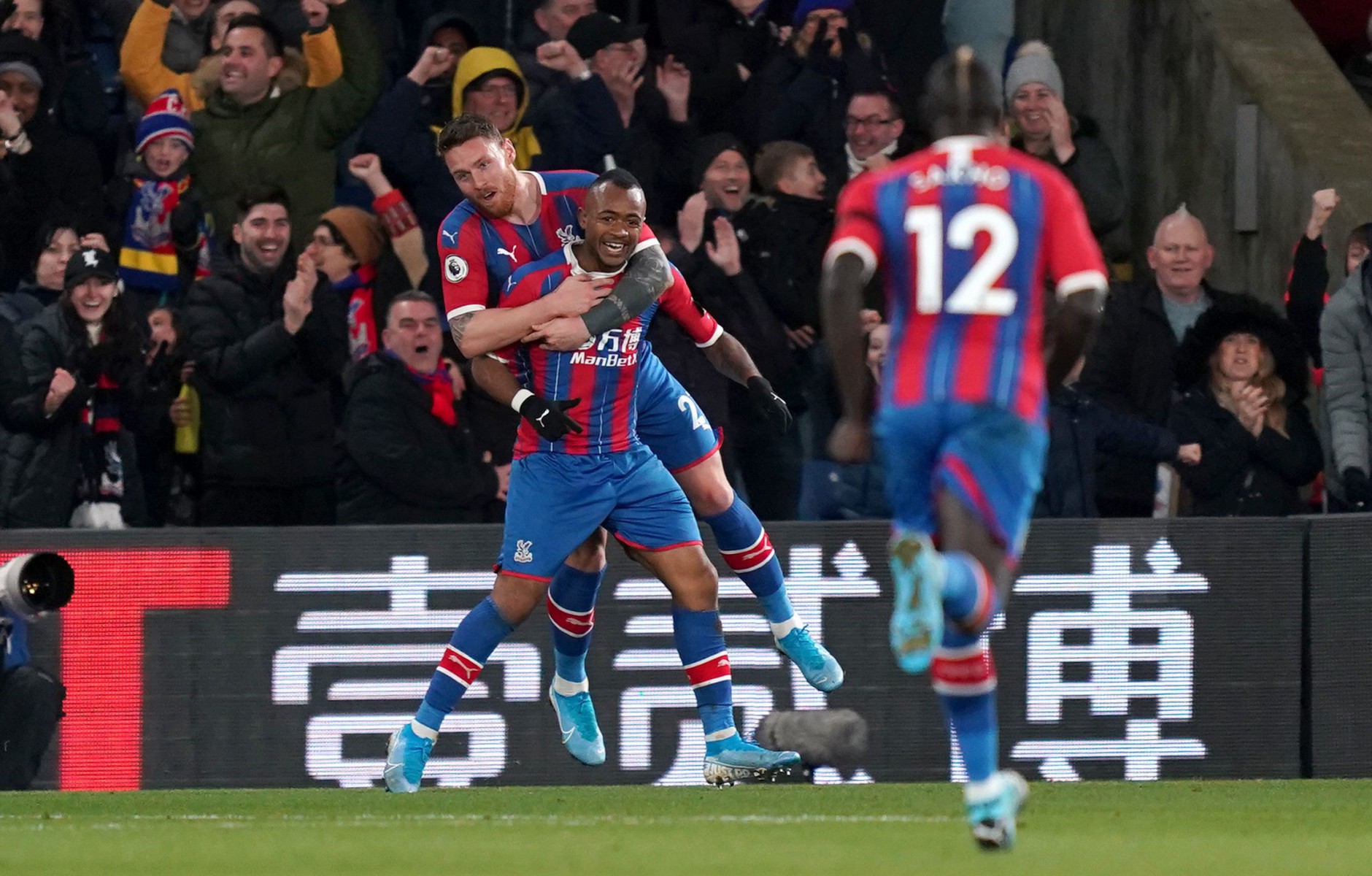 The Ghanaian cut in from the right and with some breathtaking skill left three Hammers defenders in his wake before dinking the ball over Roberto in sumptuous fashion to give the Eagles a 2-1 victory.

The Ghanaian dinked the ball over the on rushing Roberto

It was like deja vu for West Ham who were beaten by the same scoreline after a late Ayew strike in the return fixture at London Stadium in October.

And they took the lead that afternoon too.

In October, it was Patrick van Aanholt who started the Eagles comeback but today it was Ex-Hammer Cheikhou Kouyat.

The Senegalese equalised for the Eagles in the 68th minute – just nine minutes after Robert Snodgrass opened the scoring for the East Londoners.

Billed the battle of the oldies as two of the Premier League’s oldest managers went head to head, the first half certainly started at pensioner pace as both sides played out an uninspiring first 45 to go in goalless at the break.

But the game came to life in the second-half as Manuel Pellegrini – Roy Hodgson’s younger counterpart at just 66 – saw his men take the lead against the run of play.

Michail Antonio was a nuisance throughout and it was his slotted through ball on 58 minutes that set up Snodgrass to curl home a left-footed effort from 15 yards out.

The Scot has now scored four goals in his last six matches against the Eagles but his joy was short lived as his old teammate Kouyate popped up to rain on his parade soon after.

Some sloppy defending from West Ham saw them fail to clear a loose ball in the penalty area allowing their former number eight to pop up and slot the ball home from close range.

And while neither manager would have been too hard done by with a point, some dazzling footwork from Ayew at the death piled the pressure back on Pellegrini whose team now sit 17th – just one point above the relegation zone.

Ayew picked the ball up wide on the right, darted inside past one and with a Fifa 20 style corkscrew turn left three Hammers bamboozled and the goal at his mercy.

West Ham’s hapless keeper Roberto rushed out and went to ground too quickly allowing Ayew to chip it over him into the empty net cuing wild celebrations from most inside Selhurst Park.

Palace move to eighth with the win but things are looking very grim for Pellegrini who welcome Brendan Rodgers’ impressive Leicester team to the London Stadium in just two days time.