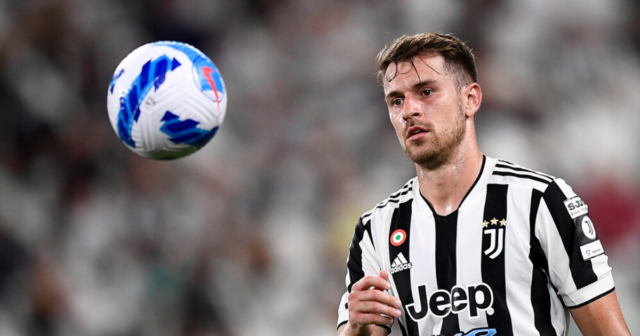 CRYSTAL PALACE have reportedly pulled out of the race to sign Aaron Ramsey.

The former Arsenal midfielder is pushing for a return to the Premier League after Juventus confirmed plans to sell him.

Palace were among English clubs linked with Ramsey, who is believed to be open to working with Gunners legend and Eagles boss Patrick Viera.

But according to the Daily Mail, Viera’s side have now decided against signing the Welshman, who is on wages of £400,000-per-week.

Juve boss Massimiliano Allegri confirmed earlier in January that Ramsey is free to leave, describing him as surplus to requirements.

Allegri said: “Ramsey, he returned today after we had given him a few days off to work, to train separately, in England.

“In any case, he’s an outgoing player. “

It then sparked interest from across Europe, with the Italian giants receiving several loan offers for the 31-year-old.

It has also been claimed Ramsey rejected approaches from Premier League sides Newcastle, Wolves, Burnley, and some Spanish sides.

He has made only one Serie A start for Allegri’s side this season and came off the bench twice.

Reports recently suggested Ramsey has irritated Juve by rejecting a loan move to Newcastle, who are looking to boost their bid for Premier League survival.

The playmaker’s last appearance came in October, but only last six minutes in the Champions League against Zenit.