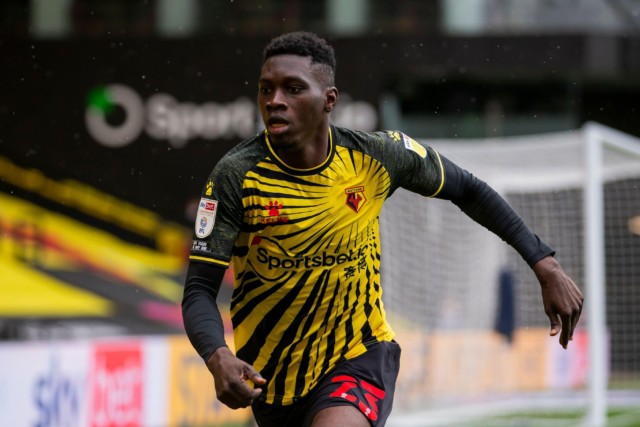 Manchester United were rumoured to have made a deadline day loan move for the winger after missing out on Jadon Sancho.

But relegated Hornets insisted they would only sell… and not for a penny less than £40million.

And Ole Gunnar Solskjaer’s side now look out of the race for the Senegalese star, 22.

The Eagles have money to spend but, with big-earners Andros Townsend and Christian Benteke  staying, they only have enough for ONE major swoop.

Despite that, they could go as high as a club record £30m for Sarr — but that may still not be enough.

If they fail, Palace will try again for Brentford’s Said Benrahma.

And they may try going in low if they are the only bidders.

But reports claim the Algeria international, linked with Chelsea and Arsenal earlier this summer, has plenty of other Premier League suitors.

90min claim West Ham have offered an initial £17m for the playmaker.

That’s despite the Hammers selling Grady Diangana to West Brom after claiming they had too many wingers.

And Leeds continue to be linked after coming up against Benrahma in the Championship.