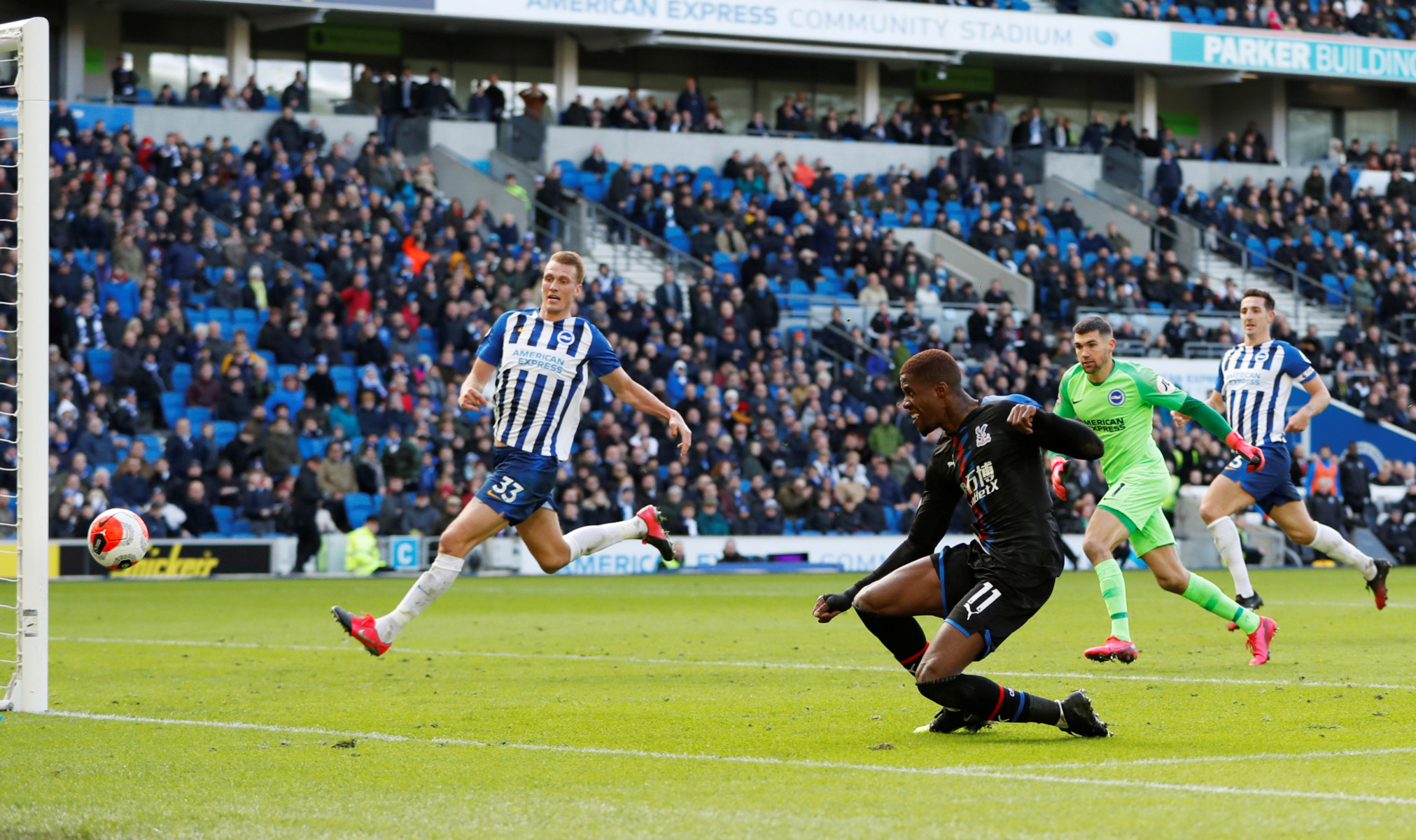 WILFRIED ZAHA and Cenk Tosun missed a sitter straight from the blooper reel in Palace’s crucial win over Brighton.

The Eagles eased their relegation fears but left their rivals right in the thick of it after Andre Ayew’s strike sealed a priceless 1-0 win at the Amex.

But it should have been two when Tosun was left with a one-on-one in the final seconds of the contest.

With Brighton players throwing the kitchen sink at Palace, Tosun broke downfield with just the keeper to beat and team-mate Zaha to his side.

As he tried to take it around Matty Ryan, he somehow had a heavy touch forcing him to lose control of the ball.

Instead, Zaha pounced but somehow managed to hit the post with the goal gaping.

It marked an eventful afternoon for the Ivorian who had clashed with Brighton sub Ezequiel Schelotto ten minutes before the break.

Zaha had copped abuse from the home crowd after appearing to spit in their direction and then cupping his ears over in the North-West corner of the Amex.

Schelotto, who was warming up in the area, then kicked the ball against Zaha, infuriating the Crystal Palace star who angrily shoved the Argentine.

Seagulls supporters booed nemesis Zaha from then on while Schelotto cheekily mocked the winger’s antics with a crying gesture.

It was a week of bad misses after Wolves’ Pedro Neto was guilty of a shocker in the Europa League loss at Espanyol.

When Neto rounded Espanyol keeper Andres Prieto, the Portuguese forward had nothing but fresh air between him and the net.

Yet he somehow managed to shank his left-footed effort off target from the edge of the area.