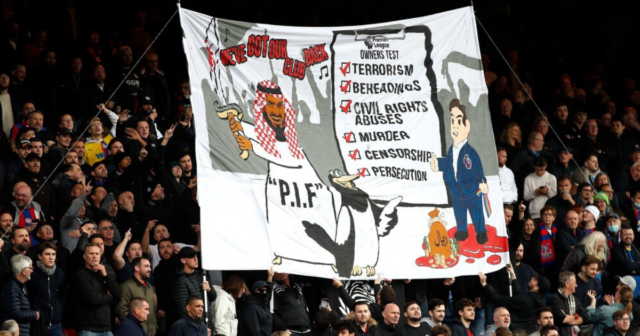 CRYSTAL PALACE fans unfurled a huge banner protesting at the new ownership of Newcastle – accusing them of terrorism, beheadings and murder.

The supporters in the Holmesdale Road end held the giant mural aloft just before the two sides entered the pitch at Selhurst Park ahead of their Premier League game. 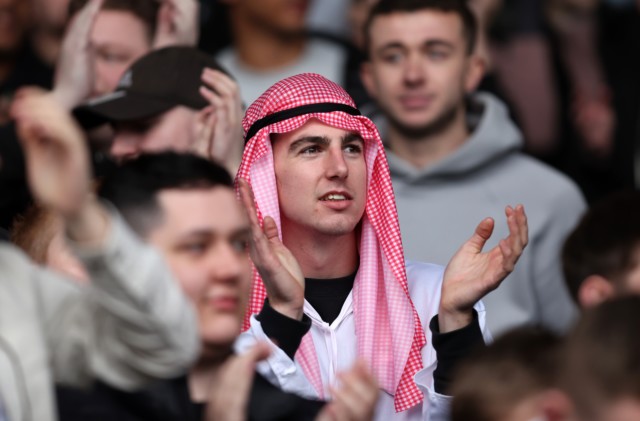 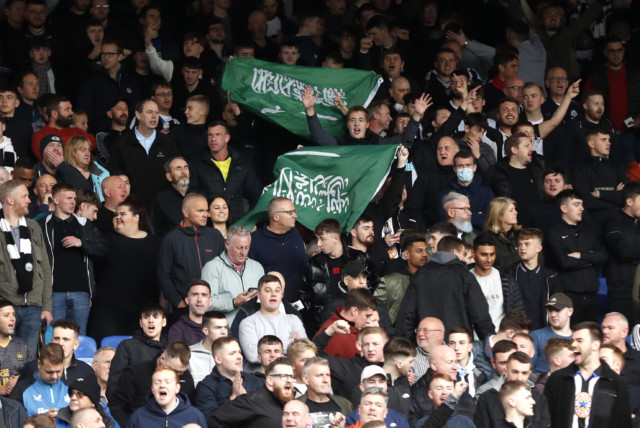 Saudi flags could be spotted in the away end

On it was an image of the Saudi Investment Fund PIF brandishing a sword, with Premier League chief executive Richard Masters holding a dagger with blood dripping at his feet around a bag of money.

There was also a checklist of offences human rights organisations say the Saudi regime is responsible for, with a tick next to each one.

Newcastle were then roundly booed by the home crowd as they entered the field.

Visiting supporters from the North East, with a handful wearing Saudi costumes, did not respond although a Saudi flag was unfurled.

Human rights organisation Amnesty international say the purchase of Newcastle was an attempt to ‘sportswash their appalling human rights record with the glamour of top-flight football.’

CEO Sacha Deshmukh said: “Instead of allowing those implicated in serious human rights violations to walk into English football simply because they have deep pockets, we’ve urged the Premier League to change their owners’ and directors’ test to address human rights issues.

Did you miss our previous article…
https://www.sportingexcitement.com/football/premier-league/chelsea-star-mason-mount-admits-i-put-pressure-on-myself-to-get-goals-but-returns-to-scoring-ways-with-a-hat-trick