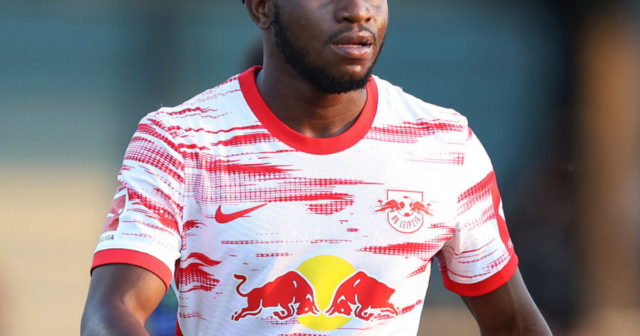 The English forward, 23, is fancied by Burnley and Watford after spending last season at Fulham.

But the Bundesliga club’s stunning £3.5million loan fee, plus wages of £50,000 a week, are too much for other admirers.

Vieira has been given funds to spend this summer following Roy Hodgson’s departure.

The former Arsenal and France icon has looked to upgrade his defence with the additions of Marc Guehi and Joachim Anderson – with the latter playing alongside Lookman at Fulham last term.

Palace have one Premier League loan left after their swoop for Chelsea midfielder Conor Gallagher – as revealed by SunSport this week.

And the Eagles could look to raid Arsenal for winger Reiss Nelson.

Alongside Lookman, Nelson is at the top of the Eagles’ list for a new wide man and Gunners icon Vieira wants a loan deal.

Arsenal sent Nelson, 21, to Germans Hoffenheim in 2018-19 but he has been a fringe player since and they could lend him out to a Premier League rival.

Upon his return to the Emirates the winger made 17 league appearances in 2019-20.

But he found himself cut adrift from Mikel Arteta’s plans last term so a loan move could be in the interest of both player and club.

A loan would also leave Palace money for a striker as Vieira makes wholesale changes to his squad.

The Eagles got rid of Andros Townsend, Gary Cahill, Nathaniel Clyne and many more after their contracts came to an end.