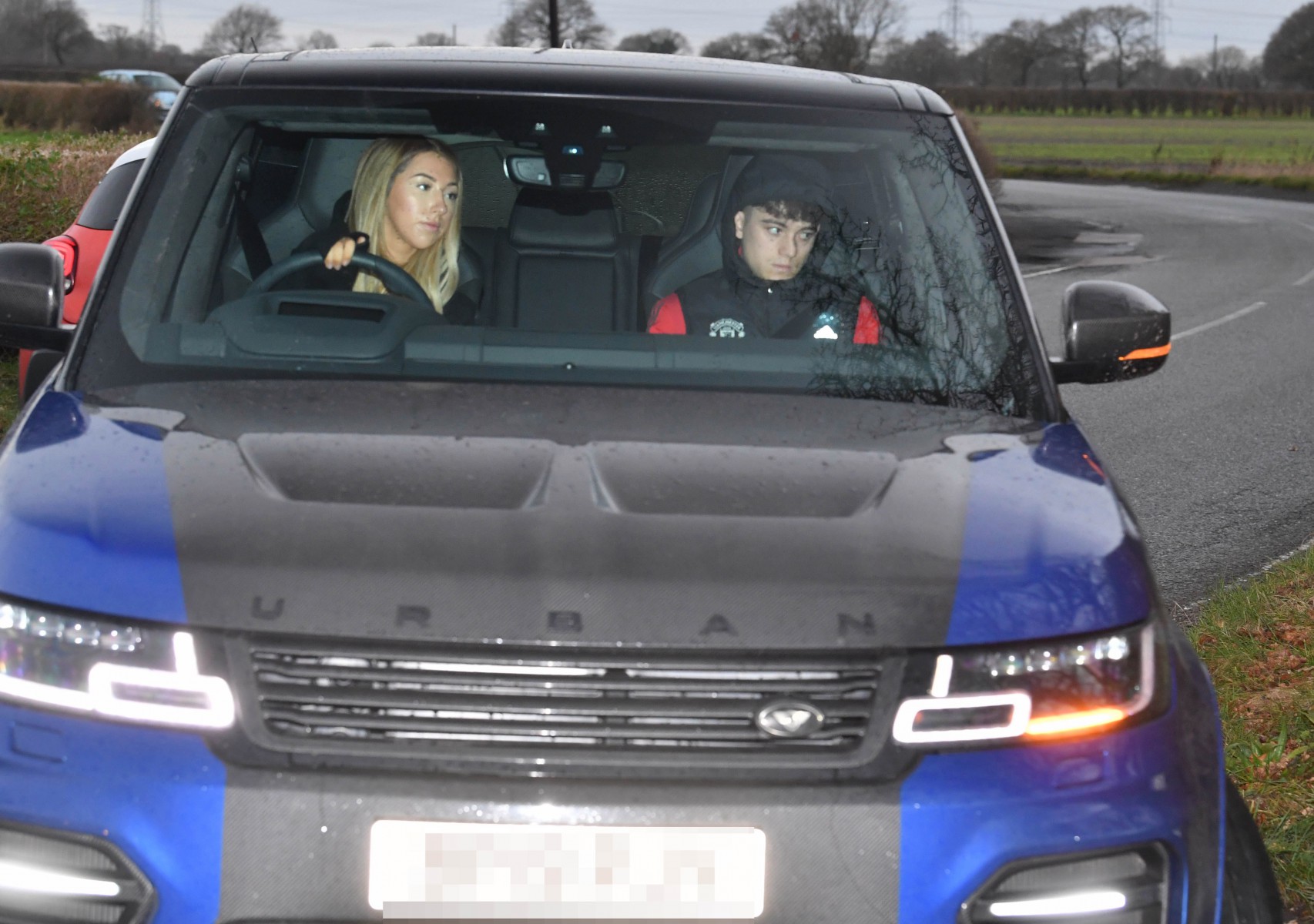 DAN JAMES’ girlfriend drove him to Manchester United training on Wednesday morning – while Luke Shaw gave his partner a lift ahead of Thursday’s clash with Alkmaar.

The Welsh winger, 22, was dropped off at Carrington by Ria Hughes as United prepare for their Europa League clash.

Ole Gunnar Solskjaer was also seen heading into the Aon Training Complex as he aims to stay atop Group L against the second-placed Dutch side.

United have picked up ten points from their five games, including three wins – with Alkmaar just one point adrift.

Solskjaer will be hoping to keep the top spot as they look to avoid playing a group-topping side in the last-32.

However, the game is essentially a dead-rubber with both sides having already booked their spots in the knockout stages of the Europa League.

Despite that, James looked glum as his long-term partner drove him to training in his 100,000 two-tone Range Rover Urban.

And Shaw – hoping to nail down his spot on the left-side of defence – drove to the ground in his Mercedes G-Wagon with girlfriend Anouska Santos alongside him.

David De Gea drove fellow Spaniard Juan Mata to the training ground, while Lee Grant was drive in by his partner.

Victor Lindelof was given a lift by his dad.

Meanwhile, following their impressive 2-1 derby win over Manchester City, United are hoping to boost their squad with three new faces in January.

As well as RB Salzburg star Erling Haaland, Solskjaer is chasing James Maddison and Christian Eriksen in a bid to add a much-lacking creative spark.

But Solskjaer is unlikely to sign a replacement on the wing for Marcus Rashford – who he has compared to Cristiano Ronaldo.

The United chief claimed: Its very easy to compare the two of them. Both with skills, body shape, attitude, attributes – everything.

“The boy has every chance in the world to become a top, top player. Let’s hope he continues like this.”