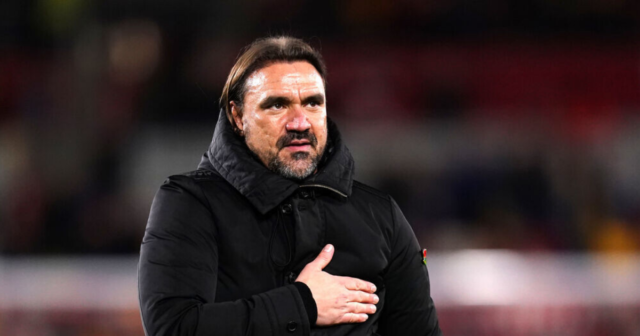 DANIEL FARKE is in line for an immediate return to management just two weeks after being sacked by Norwich.

The 45-year-old German walked away from Carrow Road with a £1million pay-off and with his team rooted to the foot of the Premier League.

But now he is wanted by scandal-hit Werder Bremen following the shock resignation of coach Markus Anfang at the weekend.

Anfang is currently under investigation by the German authorities after being accused of using a faked Covid vaccination certificate.

And though he has denied the charges, he has left recently relegated Werder because of the stress.

Anfang’s trouble’s worsened this week when it allegedly emerged that he attended a party in Germany that was reserved for those who were vaccinated, The Guardian reported.

And that has opened the door for Farke, who has a good relationship with the club after Norwich paid them £17.5million for Milot Rashica and Josh Sargent in the summer.

Sporting director Frank Baumann is aware of Farke’s track record of twice guiding Norwich to promotion to the Premier League.

And he believes he can do a similar job at Werder despite the team currently lying ninth in the Bundesliga second division.

Werder were relegated to the second division for the first time in 41 years last season.

Their fall from grace was complete after they only managed to gain one point from their last ten league games.

At the time of Werder’s relegation, the club’s ex-caretaker manager, Thomas Schaaf said to Sky, reported by Yahoo Australia: “At the moment it’s hard to say anything.

“We didn’t manage to do what we wanted to do.”