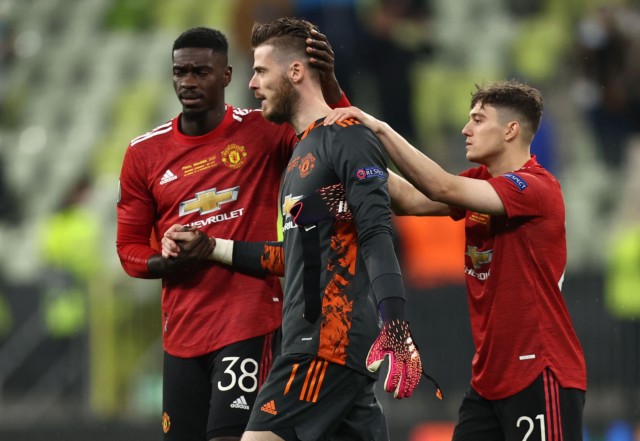 DAN JAMES is out to banish the painful memory of Manchester United’s Europa League final heartache at the Euros.

The Wales winger, 23, scored a penalty in the Red Devils’ 11-10 shoot-out defeat to Villarreal last month.

But James admitted he and his potless United team-mates were left ‘gutted’ after returning from Poland empty-handed.

Now the prospect of a first Euro finals appearance in Saturday’s Group A opener with Switzerland in Baku is driving him on again.

James said: “It was gutting for all of us really. For me and a lot of the other players it’s not the end of our season. In football you just have to get back up and get on with it.

“Thankfully we don’t have to wait until next season to do that and we can go into the Euros and a different environment and look forward to getting back out on the pitch which is what we all want as players.”

The 20-cap wideman is an integral part of Wales‘ attack alongside captain Gareth Bale.

James has started all of Wales’ 16 competitive fixtures since he made his international debut in a friendly with Albania in November 2018.

Yet the ex-Swansea attacker, who moved to Old Trafford for £15million in the summer of 2019, dismissed the notion his performances have been better for Wales than United.

James added: “I wouldn’t say so. I think I’ve had great games for United as well.

“For every player, you want a consistency of games.”

James’ spot-kick in the Gdansk final could prove handy if Rob Page’s Wales can reach the knock-out stages.

He said: “It went fine but I’d be lying to you if I didn’t say I was a little bit nervous. I was confident to go and step up. 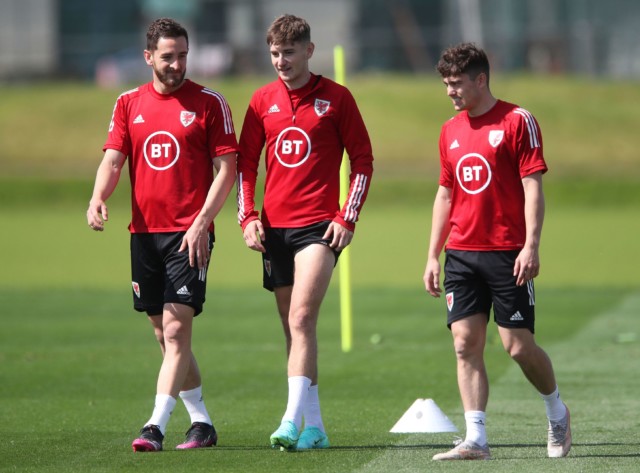 Speedy James hopes to tear up the Euros with his lightning pace. And he believes Wales’ opponents will be fearful of their attacking weapons including Bale and the fit-again duo of Aaron Ramsey and David Brooks.

James said: “Whoever is put on the pitch attacking-wise, we’ve got a great group and will definitely be feared.

“It’s one of the first times everyone has been in the squad. David and Aaron have had injuries over the past two years but when they have come into the squad they have been unbelievable.

“I’ve only played for Wales with Aaron once or twice and he scored two goals against Hungary.

“For us it’s just brilliant that everyone is involved. I know the Euros was supposed to be last summer and everyone was gutted but it’s great for the players who are now all fit and we have a full squad this time and we’re all raring to go.

“Any team with pace is feared. In tournament football there are going to be times where we will have to sit back, especially with the hot weather, and then go on the break. It’s a great attribute to have throughout the team.

“I have freedom but the way we defend is from the front and it’s so important. If we want to hit teams on the break we have to win the ball back in the right areas to get those chances.

“I’ve definitely matured as a player but I still have to do my defensive duties.

“Me and Gaz have played both wide positions before and if we play on either side we’re ready and we know our job and roles. Just being on the pitch is great for me. I’d play anywhere.”

Did you miss our previous article…
https://www.sportingexcitement.com/football/premier-league/kane-can-leave-tottenham-for-150m-cash-only-billy-gilmour-exclusive-haaland-and-messi-latest