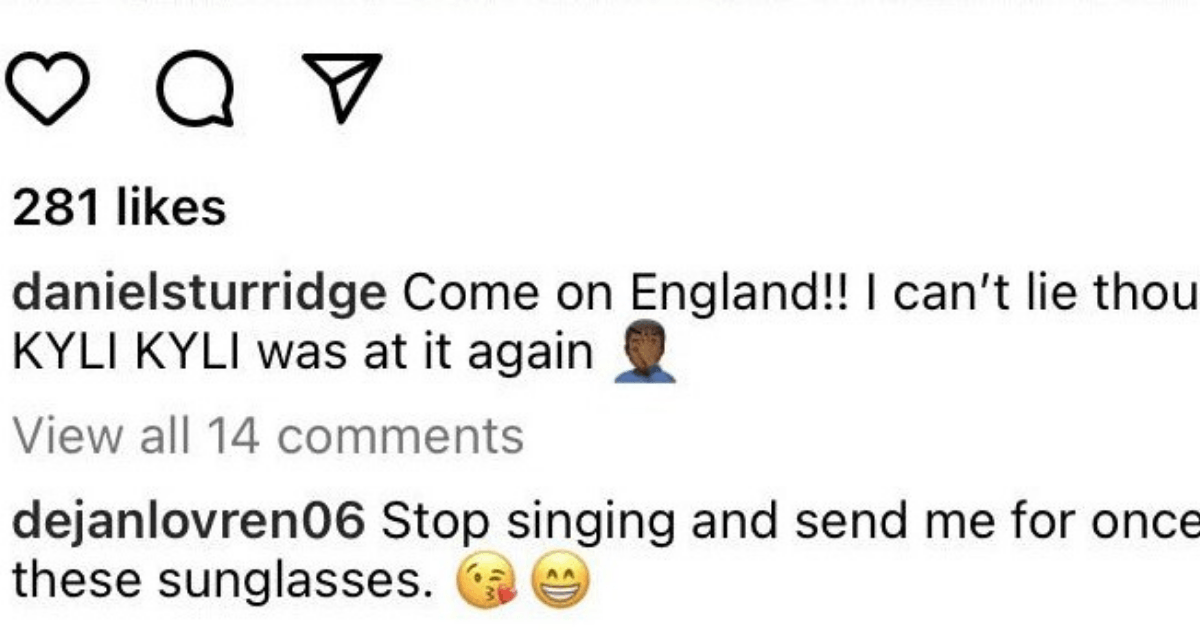 The former England striker stunned fans on television recently as he broke out into song as he argued that the French star would win the Golden Boot at the World Cup.

Lovren is currently at the World Cup with Croatia

He also started singing and using a Portuguese accent as he backed Portugal to win their group.

While fans have been posting messages about his recent antics, his former teammate has not let them slide.

Sturridge posted a video on Instagram of himself discussing the day’s football matches.

In the video, he said: “Getting to the sports bar now to watch the England game, watched the France game as well as Giroud scored and my man scored a double again.”

The post has been liked 4,000 times and received plenty of comments, but one coming from Lovren stuck out.

The Croatian defender replied: “Stop singing and send me for once these sunglasses,” along with a kiss emoji.

Lovren’s comment was liked almost 200 times, with people commenting and calling him the “goat” for his joke.

The defender has played in every game for Croatia at the World Cup, helping them progress to the knockout stages.

Croatia will be playing Japan in their round of 16 game as they look to replicate their run to the final from 2018.