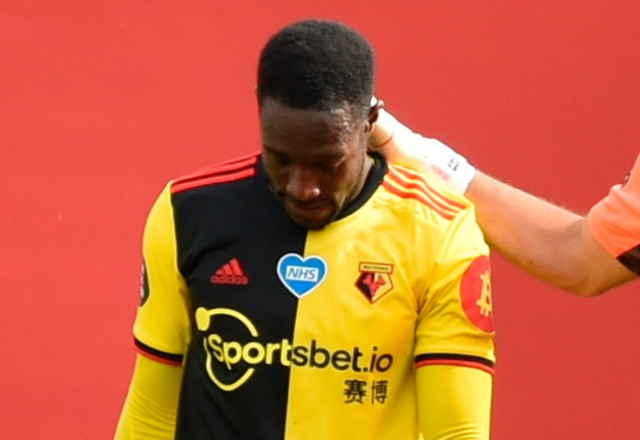 DANNY WELBECK has been allowed to leave Watford on a free transfer – just a year after joining.

Welbeck has been allowed to leave relegated Watford

But after relegation from the Premier League, the Hornets cannot afford his wages.

Welbeck, 29, had a strong end to the season after recovering from a hamstring injury that he sustained in October.

It was hard for the striker to build momentum after getting injured, returning to the team in February only for that to be curtailed by the coronavirus lockdown.

But he played all nine of the Hornets’ last matches post-lockdown, producing strong performances and scoring two goals.

A number of Premier League clubs have enquired about the player and he has also attracted interest from abroad.

Welbeck wants to play top-level football and with Watford hit by relegation and no gate receipts it was decided to let him move from Vicarage Road for free.

SunSport told you in August how Southampton were among the clubs looking to bring in Welbeck.

The Saints let record buy Guido Carrillo leave for nothing yesterday after the flop striker failed to score a single goal in three years.

Welbeck had also been linked with a move to the Super Lig in Turkey.

Fenerbahce and Besiktas were rumoured to be interested in signing him but it is thought a concrete offer is yet to arrive.

Welbeck is yet to play a game for Watford this season, who have won two of their opening four games in the second tier.