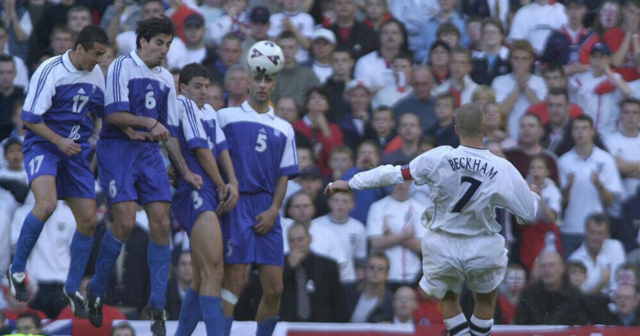 DAVID BECKHAM says his iconic free-kick against Greece was the moment England fans “forgave me”. 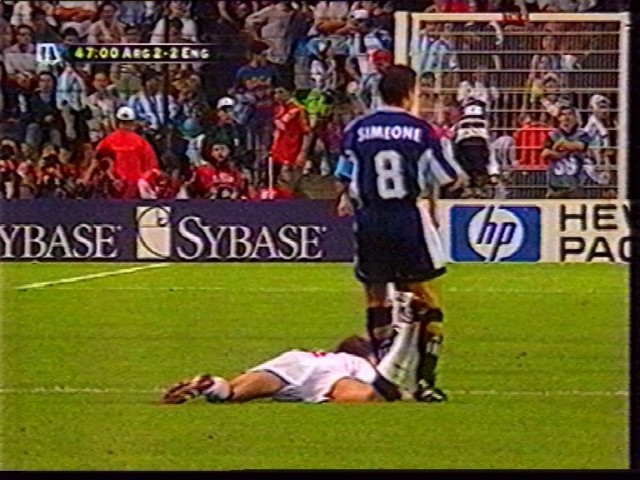 He was public enemy No 1 after his red as Argentina dumped us out at France ’98.

And Beckham said: “That was the moment that England supporters forgave me for what had happened a few years before.

“For me personally, that was redemption for what had happened — because up until then, there was always that cloud around the sending-off.”

Manchester United icon Beckham saw red for lashing out at Diego Simeone in the last 16 in 1998.

Golden Balls admitted: “That goal against Greece was when I felt the real England fans, and the fans that disliked me for a few years, all of a sudden were like, ‘OK, that’s it, we can move on now’.

“That, for me, was a special moment.”

Beckham is England’s third-most capped man at 115 and scored 17 times.

But that free-kick against Greece still remains his most prized moment.

He added: “The fact that happened captaining my country, in a stadium I always dreamt of playing in for Manchester United.

“And the fact I was doing that in an England shirt — it all makes me very proud.”

Did you miss our previous article…
https://www.sportingexcitement.com/football/premier-league/barcelona-4-arsenal-1-champions-league-queens-run-riot-as-gunners-endure-first-loss-in-europe-this-season