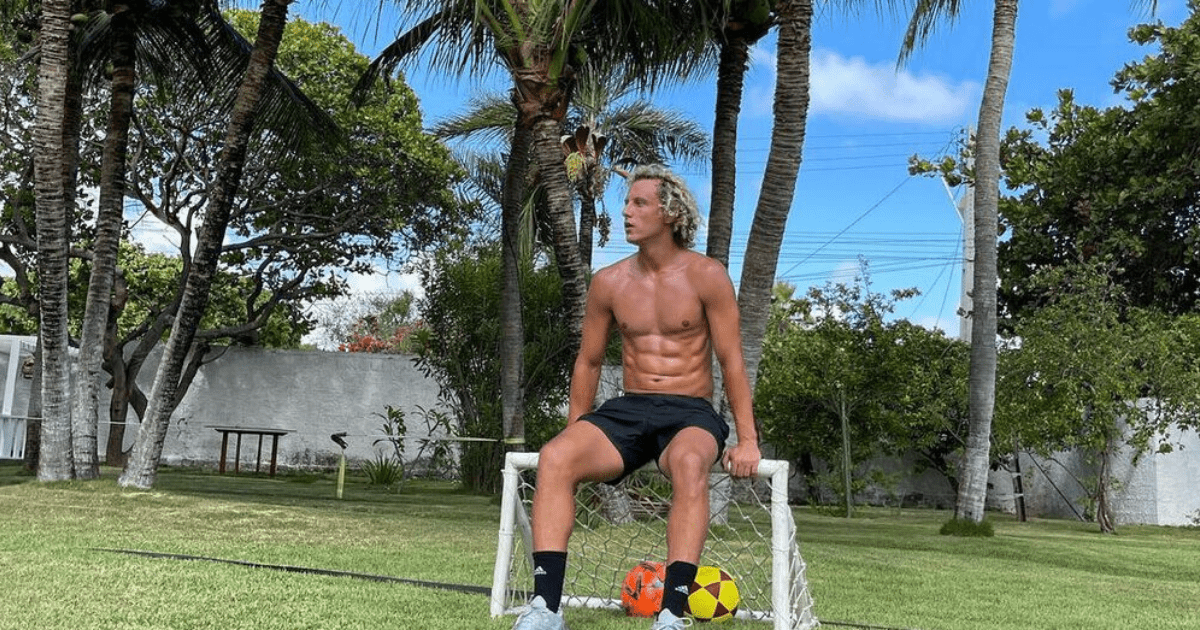 DAVID LUIZ stunned his fans on social media with his new hairdo and shredded physique while staying fit during the World Cup break.

Former Chelsea and Arsenal ace Luiz, 35, has been playing with Flamengo ever since his departure from the Emirates in 2021.

The centre-back has of course been retired from international football since 2017 and has thus been watching Brazil in the 2022 World Cup from home.

But the ongoing break has allowed the Brazilian to undergo a major makeover as he dyed his signature afro blonde.

Luiz has also been training hard on his own and that shows with his stunning six pack.

The ex-Paris Saint-Germain star shared a snap of him on Instagram that showed him posing topless on a small goalpost.

The former Brazil international showcased his trimmed physique and left his 23.1million followers in awe.

The photo attracted almost 66,000 likes as he included a short caption, which read: “Training”.

Luiz joined the Premier League in 2011 from Benfica as he signed with Chelsea and spent three years at Stamford Bridge.

Luiz then moved to London rivals Arsenal in 2019 where he spent two years.

The defender has enjoyed a very successful career that also saw him amass 57 caps with Brazil.