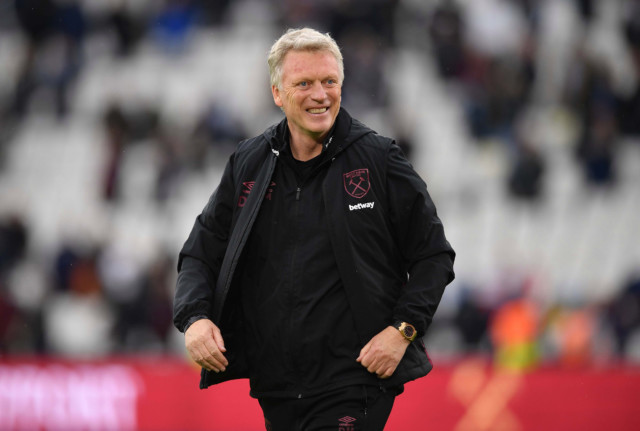 DAVID MOYES is reportedly ready to commit to West Ham by signing a new three-year contract.

And that would rule him out of the running for the Everton job, having been linked with a return to Goodison Park this summer.

Football Insider claims Moyes held in-depth talks with the Hammers’ hierarchy on Friday after reports claimed he was on Everton’s wish-list to replace Carlo Ancelotti.

However, Moyes made it clear he had no intention of walking out after leading West Ham to next season’s Europa League.

A new deal is now in the works and will apparently tie Moyes down to the London Stadium for three years on improved terms.

It means Everton will have to look elsewhere for a new gaffer, with SunSport exclusively revealing interest in ex-Wolves man Nuno Espirito Santo.

And there has even been alleged contact with Andrea Pirlo following his Juventus exit.

Toffees chiefs will be desperate to appoint a new manager quickly, with Ancelotti’s departure coming out of the blue.

The Italian was approached by Real just days after Zinedine Zidane’s second resignation.

And a deal was quickly agreed, leaving Everton with an empty dugout as they prepared to scour the transfer market for reinforcements.

However, SunSport can exclusively reveal that assistant Duncan Ferguson was offered the chance to follow Ancelotti to Spain.

But he snubbed the offer as he believes he is a shock frontrunner to become Everton’s new leader.