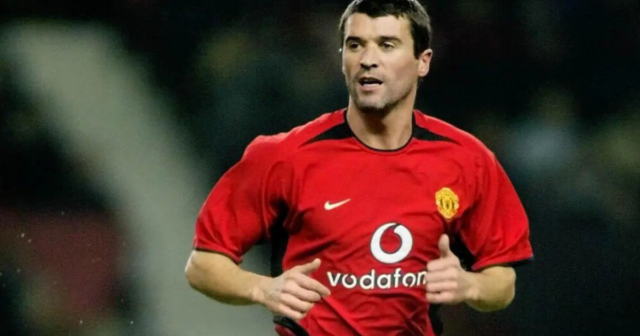 STUART PEARCE claims Declan Rice is so good he is better than Roy Keane was at the same age.

Pearce played with Keane when he started his career at Nottingham Forest before moving on to become a Manchester United legend.

Pearce works with Rice on a day-to-day basis in his role as coach at West Ham and there are few better to compare the qualities of the two midfielders.

And he has made the huge call to say Rice, 22, is more advanced as a player than the Irishman was at the same point in his development, before going on to regard the England international as one of the best to ever play in the Premier League.

Speaking to TalkSPORT, Pearce said: “Every game he takes the field in, the expectation is he should be the best player.

“He’s got the tools to do that, he’s got the stature to do it, he’s got everything. He’s an absolute pleasure to work with, he drives the midfield.

“I was sat next to Billy McKinlay (West Ham coach) at the weekend and he asked if he was as good as Roy Keane at the same age. I said ‘do you know what? I think he might be slightly better.’

“We had Roy with us at Forest before he moved onto Manchester United and I’d have to say he’s slightly better than Roy.

“Whether he’ll have the career that Roy had… it’s all there for him though. He’s got to stay fit, keep learning, keep progressing.”

Rice has been criticised in the past for playing too many square balls, and his deeper responsibilities with the Three Lions during the Euros perhaps stifled his natural game.

But this season he has stepped up another level, helping West Ham up to fourth in the Premier League, already scoring four goals for club and country.

Pearce added: “This season we’re fortunate that he’s added a couple of goals to his game which I always thought he had the ability to do so.

“He drives past people, he breaks things up, he’s just an all-round midfielder.

Did you miss our previous article…
https://www.sportingexcitement.com/football/premier-league/five-players-to-cross-the-chelsea-tottenham-divide-and-whether-it-worked-out-including-jimmy-greaves-and-william-gallas