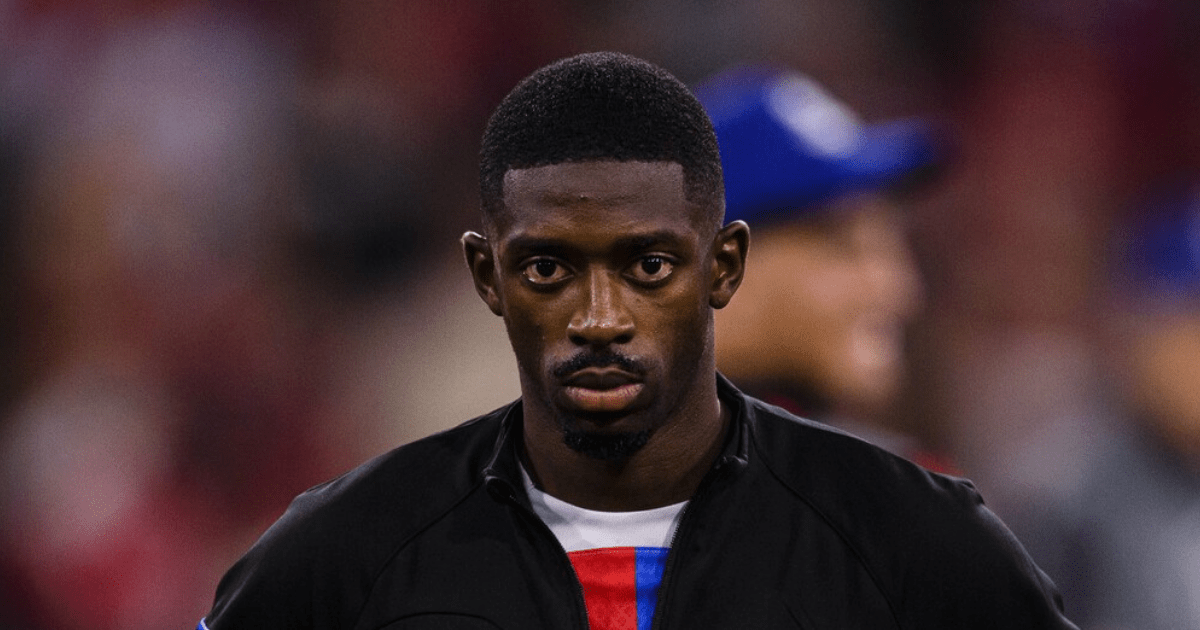 OUSMANE DEMBELE reportedly has a bargain Barcelona release clause amid interest from Chelsea.

And a move next summer would see the Nou Camp star earn MILLIONS.

Dembele, 25, was a major target for new Blues owner Todd Boehly after his Barcelona contract expired.

Chelsea were keen on signing the winger on a free transfer as part of their new-look squad.

But Dembele eventually stayed put at cash-strapped Barcelona, penning a two-year deal until 2024.

The France international has started the new season well, scoring twice and laying on two assists in just six matches.

And it’s reckoned Boehly remain interested in a deal as soon as next summer.

Now, L’Equipe claims a move could be on the cards after a secret bargain release clause was included in Dembele’s Barcelona renewal.

It’s believed an offer of £44m will trigger the clause when it becomes active in 2023.

Barca apparently agreed to the sum as Dembele and his representatives did NOT receive a signing-on bonus when penning the new contract.

The move was a goodwill sign from the forward amid Barca’s financial problems.

But L’Equipe add Dembele will receive a whopping FIFTY per cent of the transfer fee should his release clause be triggered – amounting to a cool £22m.

It now remains to be seen if Chelsea do indeed go back in for Dembele.

That’s because admirer Thomas Tuchel is no longer in charge.

Instead, Graham Potter is at the helm at Stamford Bridge.

And Dembele may not have the attributes required to play in either role.