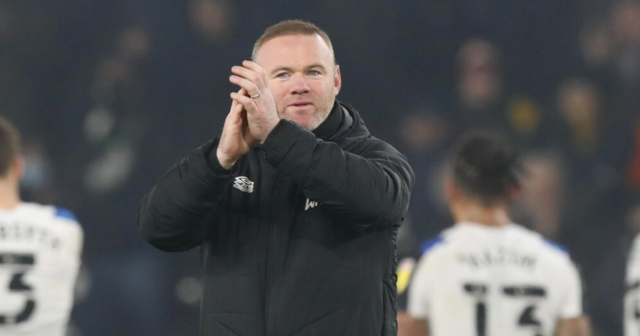 DERBY COUNTY have been given a one-month extension in order to provide the EFL with proof of funding.

The Rams had previously been set a deadline of February 1 or risked facing liquidation and expulsion from the EFL.

Wayne Rooney’s side are battling the odds this season

But today’s announcement allows them extra time to continue negotiations with interested bidders, while also continuing to fulfil their fixtures.

An EFL statement read: “Following a formal review of revised financial forecasts at Derby County, the EFL and Quantuma (the Club Administrators) have today agreed a month-long extension to the deadline set for proof of funding to be provided.

“The EFL Board had previously requested evidence by 1 February 2022 of how Derby County was to be financed whilst it remained in administration, alongside a financial plan that determined how the Club would fulfil its fixture commitments until the end of the current season.

“Today’s development will allow the Club to meet its ongoing obligations whilst giving a further four weeks to continue the discussions with the interested bidders and relevant stakeholders in respect of a sale, alongside providing additional time to seek clarity on the claims from Middlesbrough and Wycombe.

“It is appreciated that many people have been waiting to receive an update over the last 48 hours but given the complexity and ever-changing circumstances, our priority has been to provide clarity once there is a definitive position.

“Our commitment as ever remains addressing the many challenges at hand and we will look to provide updates as soon as we are able to.”

Middlesbrough are attempting legal action against Derby after being beaten to a play-off place by Frank Lampard‘s Rams in 2019.

While Wycombe are seeking around £6m after being relegated last season, having been pipped to survival by Derby – who had broken league rules.

Key to Derby’s survival would be a takeover being completed within the next four weeks – with a number of interested parties in negotiations.

The club operates with running costs of around £1.5m per month, with the EFL keen for assurances that they will actually be able to complete the season.

Boss Wayne Rooney has been offered assurances that he won’t be forced to sell players this month.

He lost former Everton team-mate Phil Jagielka earlier in the window, after they weren’t allowed to renew the veteran’s short-term contract.

Derby have already been slapped with a 21-point deduction this season.

Incredibly, however, they are not bottom of the table – having overtaken Barnsley.

Rooney and Co are eight points from safety with 19 games remaining, as they look to complete one of the greatest escapes from relegation ever seen in the EFL. 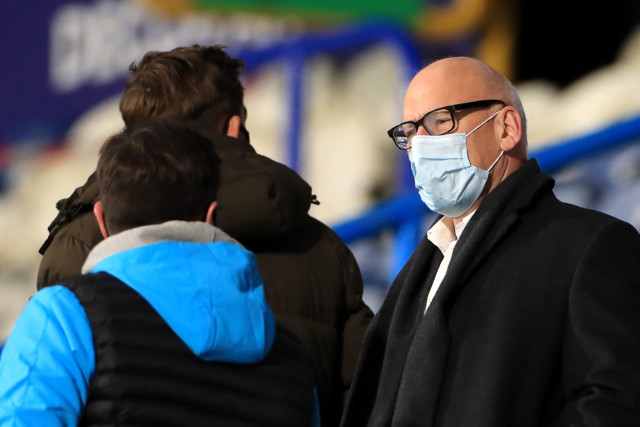