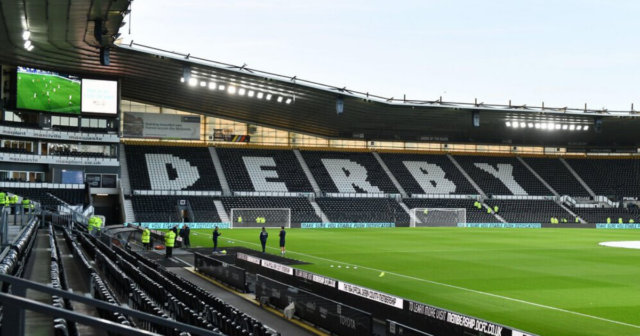 DERBY COUNTY are going for a fast-track legal decision on the compensation claims of Middlesbrough and Wycombe that threaten their existence.

The Rams’ administrators have been in talks with the EFL to solve the snag and are now heading for official arbitration.

Derby are in a legal battle with Middlesbrough and Wycombe

Quantuma are unable to find a buyer until this massive problem is removed.

A group headed by owner Andy Appleby and the American-based Binnie brothers need to know the result before doing a deal.

Boro owner Steve Gibson has been chasing for £45million over the loss of a play-off spot and the chance of promotion.

Wycombe joined in with a claim for £6m in lost revenue when they went down last season as Derby avoided a possible points penalty.

Both have said they will reduce their initial demands to get a deal done.

But the administrators want to give them nothing.

The EFL are under pressure from the two clubs to make them full creditors and also from HMRC to sort it out as they have accepted a massive hit on their demands.

The financially-stricken Rams could have been playing their final game of the season against Birmingham City on Sunday if Quantuma had failed to convince EFL chiefs to give them the 11th-hour reprieve.

With funds due to run out in February, the EFL agreed to grant Derby a one-month stay of execution as three potential bidders continue to compete for preferred bidder status.

Amid the chaos, manager Wayne Rooney was described by one reporter as the fans’ Guardian Angel for keeping the club safe during turbulent times.

Rooney – who revealed he turned down Everton’s approaches over their managerial vacancy – said on Friday: “It’s the first time I’ve been called that!

“I’ve just come off the phone with the administrators and there’s no big update.

“We have the extension for another month. That is really it with any information. That is all I know.”

Did you miss our previous article…
https://www.sportingexcitement.com/football/premier-league/rivaldo-hazard-and-dybala-in-tottenhams-best-xi-of-fluffed-transfers-with-luis-diaz-set-to-join-star-studded-team