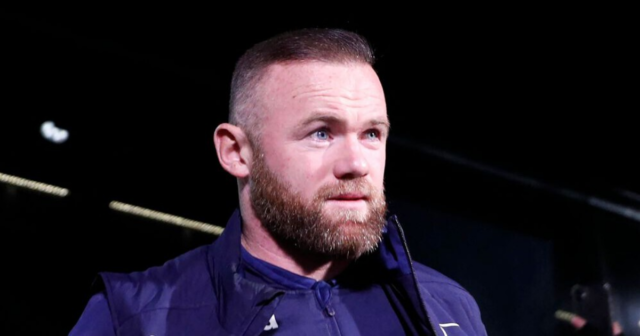 Private investment firm Carlisle Capital has made a formal offer buy Derby County, according to reports.

The firm has reportedly made an offer meeting the asking price of £28million.

Wayne Rooney finally has positive news in relation to a takeover

The bid, which is understood to be spearheaded by the firm’s vice-president Adam Binnie, has been made fully in the knowledge that the club could face additional liabilities if one or both of the claims against Derby from Middlesbrough and Wycombe are successful.

It is understood the offer does not include the club’s Pride Park stadium, which is owned by former Rams chairman Mel Morris, report the PA news agency.

The group walked away after showing initial interest last year but have returned at a time when the club is facing the very real threat of liquidation, having entered administration last September.

The EFL has asked Derby’s administrators to produce a funding plan by February 1, saying in a statement on Thursday that by the administrators’ own admission, they would run out of cash by the end of the month.

Administrators Quantum responded by stating they would be able to prove there are funds that could carry The Rams through until the end of the season.

The EFL has also called on the administrators to name a preferred bidder.

Angel investor Rich Riley has also been in talks to offer Derby a short-term lifeline in the form of a £7million investment.

The claims of Middlesbrough and Wycombe – and whether they would be classed as football creditors and therefore entitled to the full value of any award arising from their legal cases – have added extra complexity to the situation at Derby, but the bid from Carlisle has been made despite that.

Boro have offered to reach a compromise on their claim though owner Steve Gibson is not happy with the way Quantum have spoken to the media.

Middlesbrough published an open letter to the administrators asking them to stop telling untruths – such as Boro’s claim preventing the sale of the club.

Did you miss our previous article…
https://www.sportingexcitement.com/football/premier-league/ex-nottingham-forest-star-head-butted-and-punched-uber-driver-in-furious-rage-during-drunk-row