DESPERATE Premier League clubs have slashed the price of replica shirts by up to 70 per cent after the season was shut down.

Club shop sales and online purchases have slumped, leaving piles of unsold kit which needs to be shifted before new sponsorship deals kick in this summer. 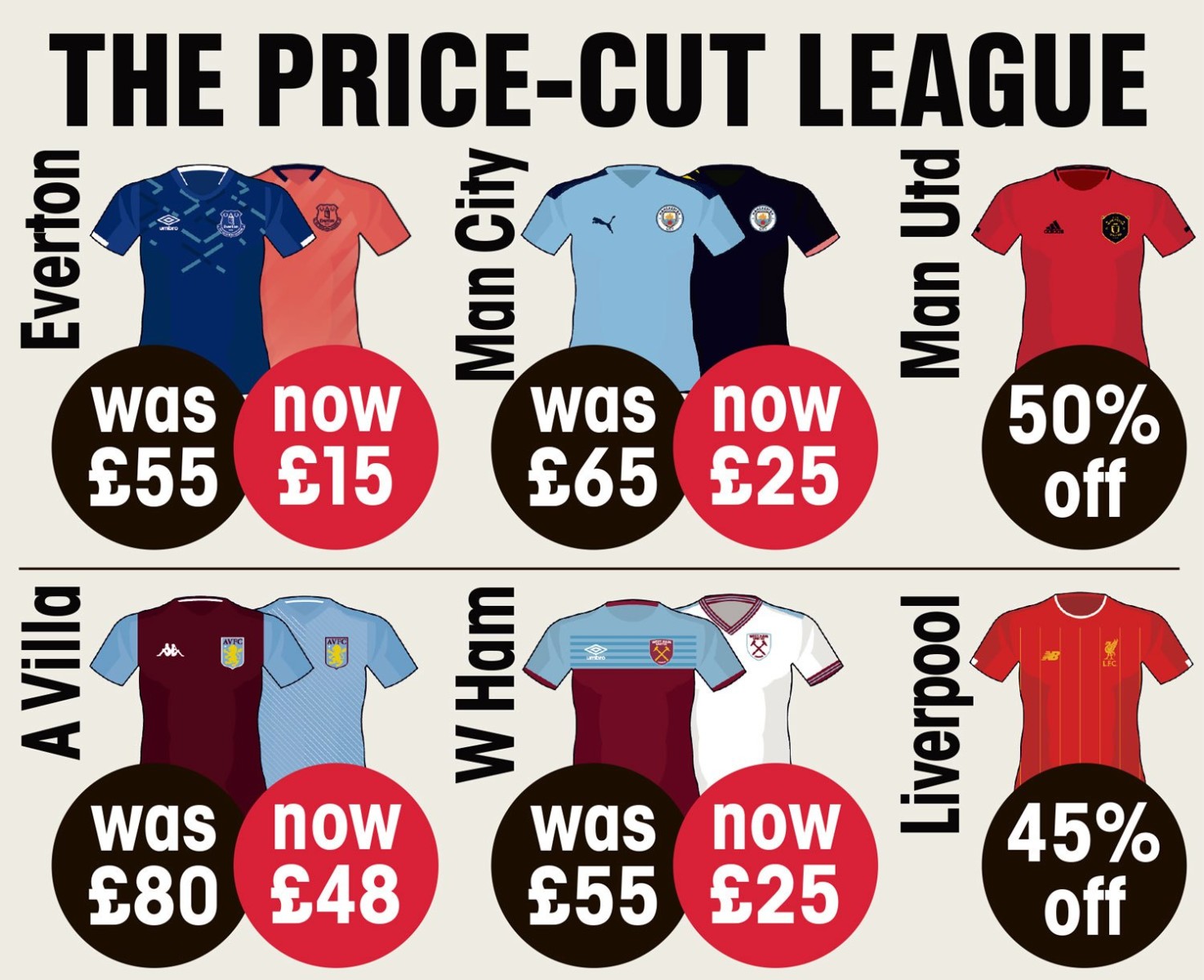 Top flight footie has been suspended until at least April 30 amid the coronavirus chaos.

There are fears clubs may face legal wrangles with new ­sponsors if games have to be played later in the year.

Reigning champs Manchester City have reduced home and away shirt prices from £65 to just £25 while Man United have cut theirs from £64.95 to £32.

Arsenal home shirts are down 30 per cent, Chelsea are offering up to 40 per cent off replica kits and Liverpool are taking 45 per cent off.

Every Premier League side apart from Brighton & Hove Albion and Leicester City are offering discounts.

Crystal Palace are selling two adult shirts for just £50, or 40 per cent off, while Southampton are advertising a buy- one-get-one-free deal on shirts.

“There’s never been a better time to show support for your team as prices drop for the first time in years.”