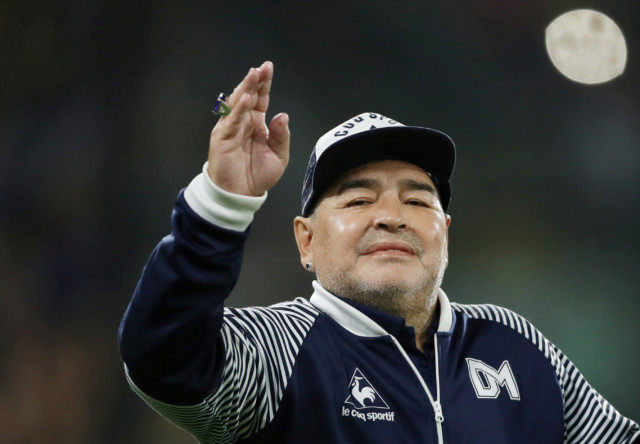 DIEGO MARADONA sadly died on November 25 – the same day on which fellow footballing great George Best passed away 15 years ago.

Best, who helped Manchester United win the European Cup in 1968, was confirmed dead age 59 in 2005 after his long battle with alcoholism.

And now his reality TV star son Callum paid tribute to Argentine icon Maradona after the devastating news of his passing.

It comes after the shock news yesterday that Maradona – notorious for his infamous ‘hand of god’ goal against England – died at his home on the outskirts of Buenos Aires.

His death comes two weeks after surgery following a bleed on the brain.

Maradona – who turned 60 last month –  has suffered a long battle with his health forcing him to make numerous trips to hospital in recent months.

His last words before he died were “Me siento mal” or “I don’t feel well” in English.

Maradona had gone back to bed after having breakfast with his nephew Johnny Esposito and telling him he was going to lie back down.

A nurse treating him at home later called an ambulance but he could not be saved, according to local reports.

Argentine President Alberto Fernandez declared three days of national mourning in honour of the star, who was a cultural icon and national hero.

Thousands of grieving fans took to the streets in Buenos Aires and Naples, and a minute’s silence before last night’s games in the Champions League.

Superstars Lionel Messi and Cristiano Ronaldo were among the masses paying tribute to Maradona.

And so did Brazilian great Pele – with whom Maradona was regularly paired as the best of all time.

He said: “I have lost a dear friend, and the world has lost a legend. One day, I hope, we will play soccer together in the sky.”

Messi wrote: “A very sad day for all Argentines and for football. 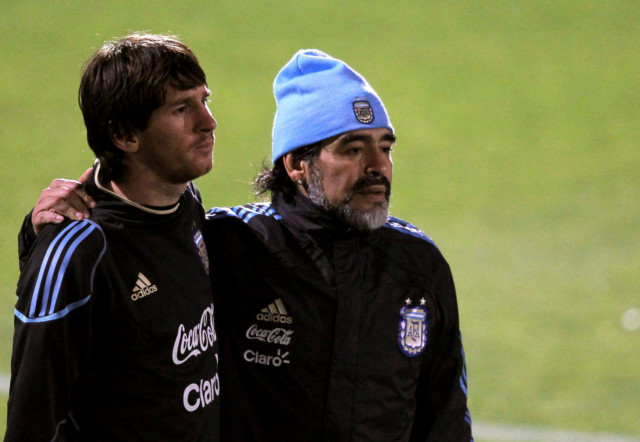 Maradona coaches Lionel Messi while in charge with Argentina 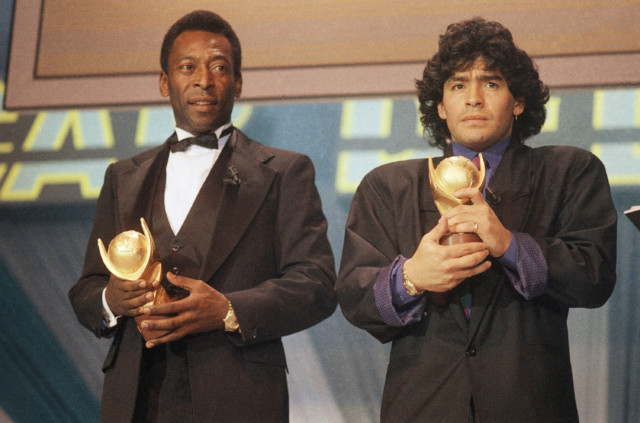 “He leaves us but does not leave, because Diego is eternal.

“I keep all the beautiful moments lived with him and I wanted to take the opportunity to send my condolences to all his family and friends.”

Ronaldo added: “Today I say goodbye to a friend and the world says goodbye to an eternal genius.

“One of the best ever. An unparalleled magician.