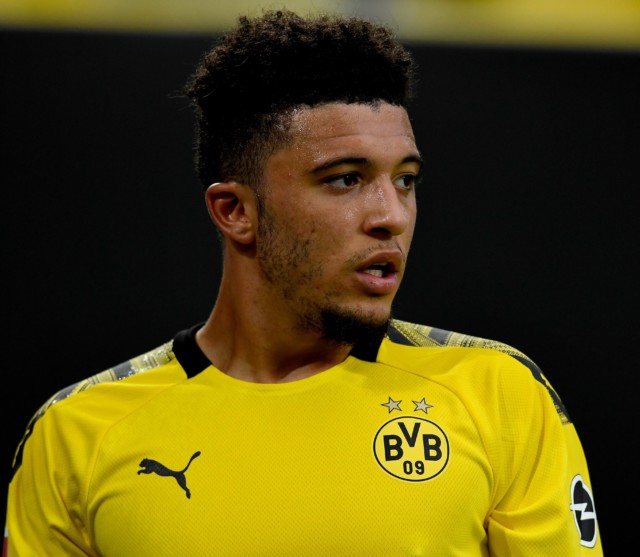 BORUSSIA DORTMUND are reportedly confident that Manchester United top transfer target Jadon Sancho will stay with the German outfit for another season.

United are still in pole position to land Sancho yet their chances of coming close to BVB’s staggering asking price are in the balance due to the coronavirus pandemic.

Old Trafford bigwigs have reportedly ruled out paying more than £50million for the highly-rated winger as transfer talks continue to stall.

Zorc has had to tighten Dortmund’s purse strings ahead of the summer transfer window as the club’s finances have taken a big hit in the wake of the Covid-19 crisis.

He told Dortmund daily newspaper Ruhr Nachrichten: “It would be naive to say that we are completely independent of how the situation will look,

“If there were a transfer, it would also have a certain economic dimension. But we can very well imagine going into the next year with Jadon because he simply delivers sporting added value.

“We’ll see everything else in the next few weeks.”

Liverpool, Chelsea and Real Madrid are other leading contenders to sign Sancho in the upcoming window but the youngster has reportedly been told by the German side to decide his future before the start of next season.

The German transfer window is open until October but Dortmund have told the England ace they will not sell him once next season has started.

The German giants will pay an initial £20.7million for Bellingham who is free to sign a pro contract having turned 17 on Monday and is expected to agree a five-year deal.

And despite being shown around United’s training ground by Sir Alex Ferguson in March Bellingham’s family believe Dortmund will be a better place for him to flourish amid interest from Chelsea.