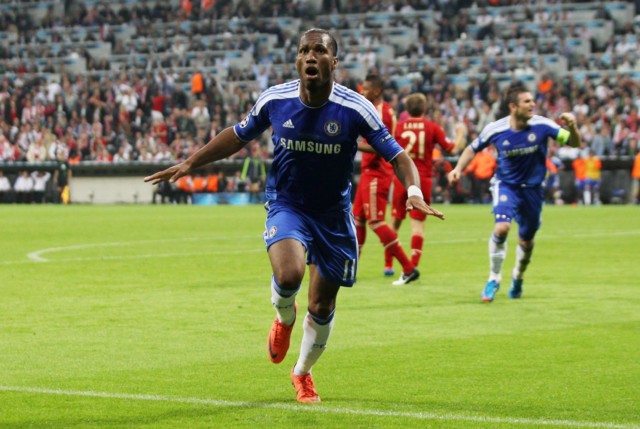 DIDIER DROGBA praised Pernille Harder’s lethal goal against Bayern Munich – a bullet header similar to his clinical finish against the club’s Bundesliga side in 2012.

Both players netted decisive efforts with less than ten minutes to go in high stakes Champions League clashes for the Blues.

The Denmark international’s effort showed why the Blues broke the women’s game’s transfer record to sign her for a fee reportedly in excess of £250,000.

The ex-Wolfsburg star’s goal was a game-changer like Drogba’s effort against Bayern when Chelsea’s Prem side lifted the European trophy.

And the former Ivory Coast forward thanked Harder for the “throwback” to that dramatic night in Germany in May 2012. 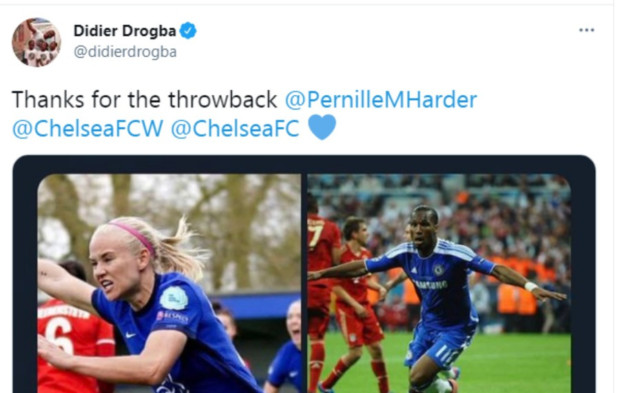 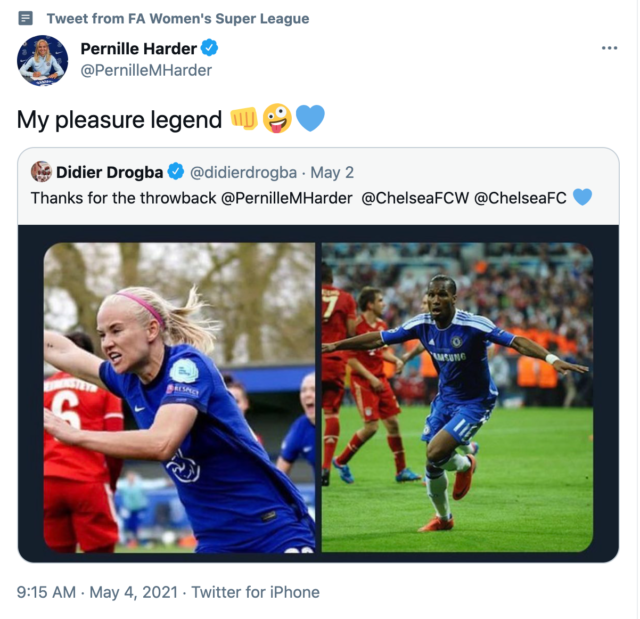 Bayern looked like sure winners at the Allianz Arena after Thomas Muller gave them the lead on 83 minutes only for Drogba to level with a powerful header two minutes from time.

The Ivory Coast forward nearly went from hero to villain when he gifted Bayern a penalty after bringing down Franck Ribery in extra time.

But his blushes were spared as Petr Cech saved Arjen Robben’s attempt before the Blues went on to win the game 4-3 in an epic penalty shoot-out.

Drogba went on to praise Cech for his masterful save and said he blacked out after their amazing feat.

He said: “I wanted to run directly to the boys but Petr was the guy that saved my night.

And now the WSL leaders have the opportunity to win their first Champions League crown just as the men’s team did nine years ago. 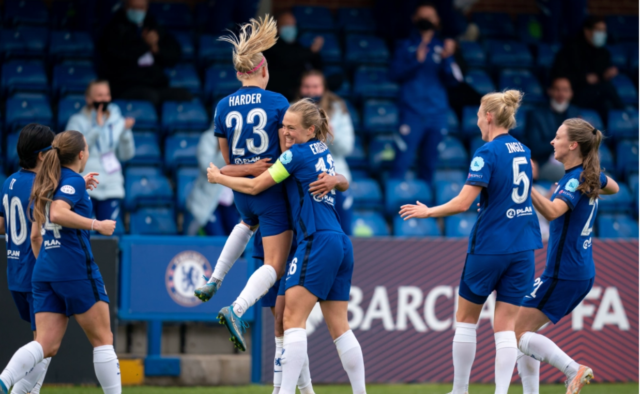 Chelsea will play Tottenham next in the WSL

After losing the semi-final first leg 2-1 to Bayern, they came back with a vengeance in the return tie to win 4-1.

That result saw Emma Hayes’s side secure a 5-3 aggregate result.

Fran Kirby put the Blues ahead on the day, before Bayern equalised but Ji So-yun gave them the lead again.

Harder’s Drogba-esque header put Chelsea in pole position for a place in the final against Barcelona before Fran Kirby strike put a win out of Bayern’s reach.

Chelsea, who are looking to win back-to-back WSL titles, will play Tottenham the penultimate league game this term.

And the club, who play Reading in their final game of the season, are rumoured to be interested in a summer swoop for Man United starlet Lauren James. 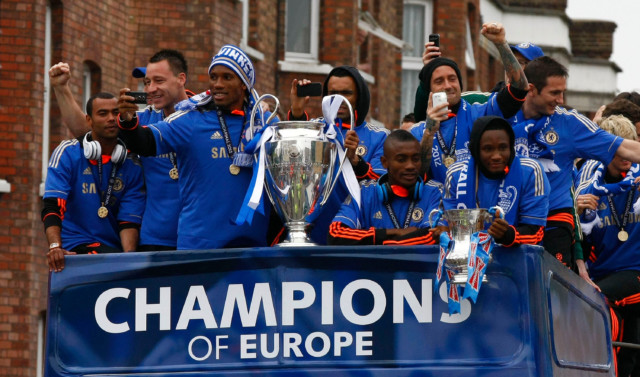