Dwight Yorke reveals he applied for Aston Villa manager job.. but didn’t get a response before Steven Gerrard appointed
Advertisement 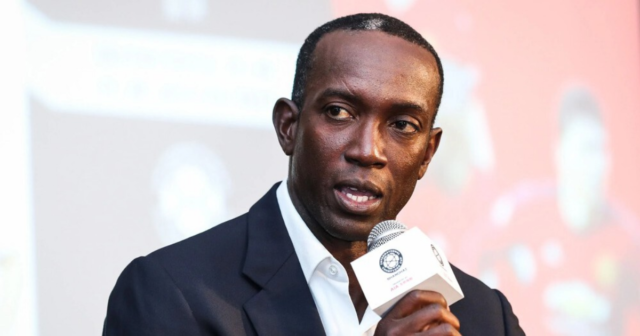 MANCHESTER UNITED legend Dwight Yorke applied for the Aston Villa manager job but got no response before Steven Gerrard’s appointment.

Yorke started his career at Villa Park in 1990 and spent eight years with the West Midlands club where he amassed 73 goals in 221 appearances before his move to United.

The legendary striker tried out for the top job at his former team’s dugout but never received an answer.

Yorke told Sky Sports: “I have to say at this point in time, although I have a fantastic relationship with Wes [Edens, Villa co-owner], I still haven’t been able to get a response.

“You still would like them to say, ‘It’s not possible, we have other options, maybe another time when the job becomes available again’.

“You just like to be acknowledged, but you’re not even getting that.

“I have to be realistic, and real to myself, understanding the challenge I face as an individual getting in.

“It’s not going to be as straightforward as some people have it — and that’s a fact.

“I have to look elsewhere and try to get some managerial experience somewhere else.”

Yorke claims this is the third time he tried out for the manager’s job at Villa after securing his Level B coaching badge in 2010.

The former Trinidad and Tobago international offered his services in 2016 when Steve Bruce took over from Roberto Di Matteo, and again said he did not receive a response.

The 50-year-old made a second attempt two years later following Bruce’s departure but the club opted to go with Smith.