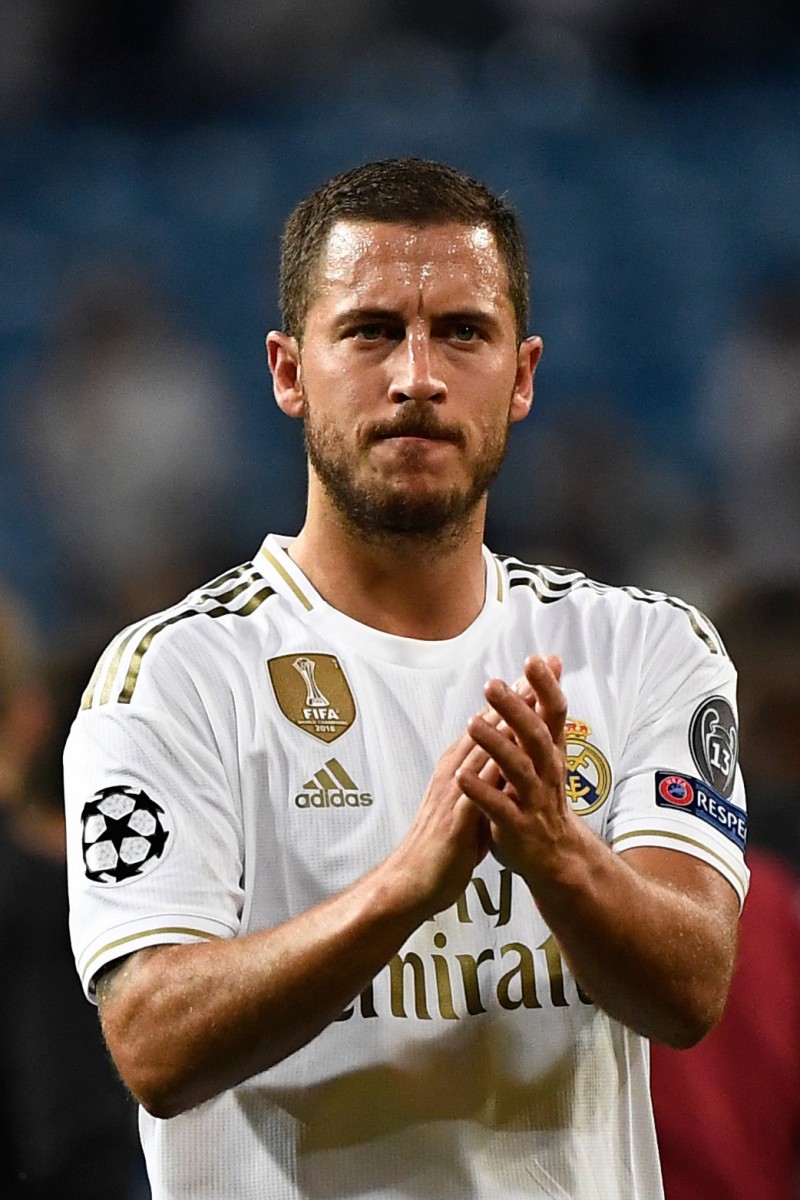 EDEN HAZARD is due to make his long-awaited return for Real Madrid in a Champions League blow for Manchester City.

The winger, 29, last played on November 26 in a European clash with Paris Saint-Germain, limping off injured.

He was initially expected only to be out of action for a brief spell but it was confirmed by his club he actually suffered a small fracture in his ankle.

But according to AS, he is ready to make his comeback in Thursday’s Copa del Rey quarter-final at home to Real Sociedad.

And with three weeks to go until the first leg of the Champions League tie, Hazard’s return could spell bad news for Pep Guardiola.

The City chief is already sweating on the fitness of Raheem Sterling, who is desperately hoping to be fit after pulling his hamstring in the defeat at Tottenham on Sunday.

And now his stuttering defence is set to face one of the most dangerous forwards in world football as they continue their quest to win a maiden Champions League crown.

Hazard made his 88million move from Chelsea to Real Madrid last summer but did not make his debut until September 14 due to his own hamstring struggles.

His only goal came in the 4-2 win over Granada on October 5 while he has picked up four assists – despite a slow start, his performances were improving before he was crocked against PSG.

The Belgium captain has missed 14 matches during his most recent spell on the sidelines, including the LaLiga games against Barcelona and at home to Atletico Madrid, as well as the Supercopa against their city rivals.

Hazard stepped up his rehabilitation by training on grass in more comfortable footwear before wearing his regular football boots.

There were suggestions he could have featured in against Atleti last weekend after rejoining training with his team-mates on the Thursday beforehand – but Zinedine Zidane understandably did not want to risk one of his star players.

So now Hazard’s focus will be on getting himself ready to be as close to 100 per cent as possible when City head to the Bernabeu on February 26.

Madrid face Sociedad on Thursday and then have LaLiga fixtures against Osasuna, Celta Vigo and Levante before the Manchester City first leg.