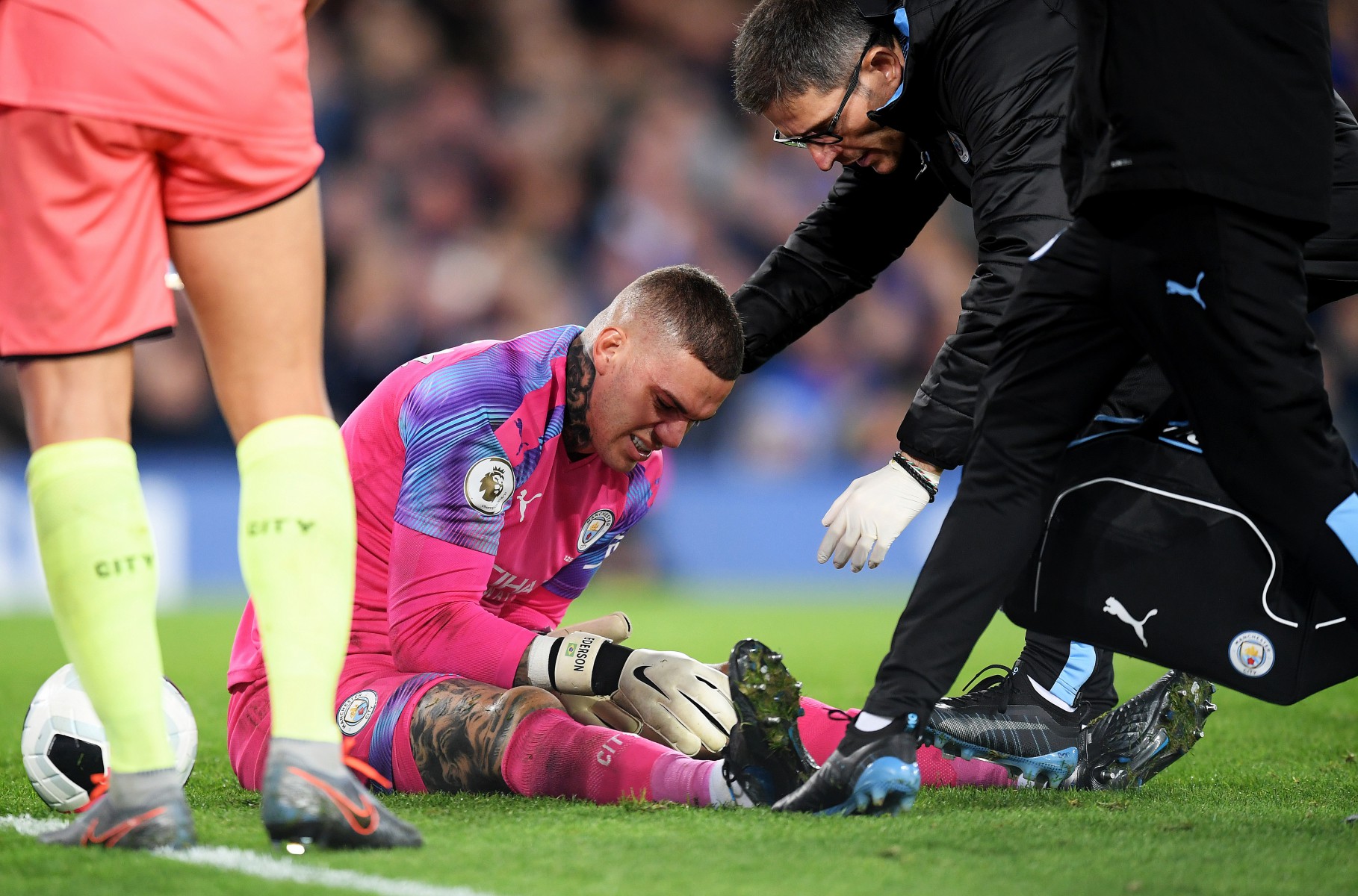 EDERSON has been officially ruled out of Manchester City’s top-of-the-table clash with Liverpool through injury.

The Brazilian goalkeeper, 26, was taken off at half-time of City‘s Champions League draw with Atalanta, in what was thought to be a precaution.

But Pep Guardiola has confirmed Ederson is out of Sunday’s big game – with Claudio Bravo set to start.

When asked about the availability of Ederson during his pre-match press conference, Guardiola revealed: “He is out.

When pushed further about his faith in Bravo after his red card midweek, Guardiola barked: “Why shouldnt I be confident about my players?

“I see him every day in training. We wont lose because of Claudio. The red card the other day was because we lost the ball.

“Respect the guy. He is a top keeper.”

After the game with Atalanta, Guardiola claimed Ederson’s knock was “muscular”.

The Spanish boss said: “It’s a muscular problem. It was a risk so we took him off as he was feeling it late in the first half.”

Bravo replaced Ederson at half-time, but was sent-off with ten minutes to play after bringing down Josip Ilicic just outside the area when he was clean through on goal.

Kyle Walker was forced to finish the game in goal – becoming the first English goalkeeper to make a Champions League save since 2016.