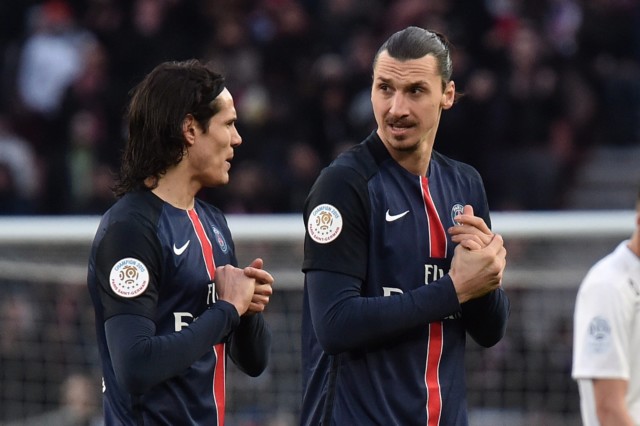 ZLATAN IBRAHIMOVIC has only hated four players throughout his career – and one of them is Edinson Cavani.

Former LA Galaxy star Michael Ciani has revealed Ibrahimovic did not like people getting close to the Uruguayan.

Ibrahimovic played alongside Cavani at Paris Saint-Germain from 2013 until 2016 before he joined Manchester United.

The pair formed a formidable partnership on the pitch, but did not get along with each other on a personal level.

Following his time with Ibrahimovic in America, Ciani has lifted the lid on the relationship between the pair.

Speaking to RMC Sport, he said: “If you are close to Cavani, Ibra does not like it.

“Either you are with Ibra, or you are against him.

“He told me that everything was fine with Laurent Blanc at PSG.

“The only person he not get along with was Cavani.

“He told me that he only hated three or four people companions in his career… and one of them them was Cavani.”

Cavani of course followed Ibrahimovic’s path to Old Trafford, where the club are desperate to renew his contract after some stunning recent performances.

Despite only hating a handful of players, Ibrahimovic once threatened to kill whoever spoke to him after LA Galaxy lost.

According to former team-mate Joao Pedro, he boasted about his wealth as he ripped into the players in the dressing room.

Did you miss our previous article…
https://www.sportingexcitement.com/football/premier-league/eden-hazard-has-no-real-madrid-future-and-set-to-be-axed-as-courtois-dad-slams-him-for-laughing-with-chelsea-stars