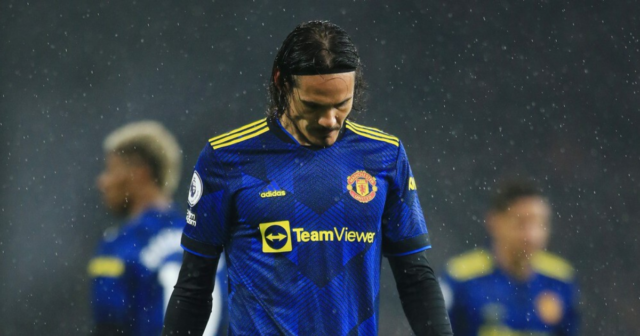 EDINSON CAVANI shook his head as he trudged off against Burnley after 68 minutes.

It was not clear whether the striker was disappointed with his own performance or the fact he was taken off. 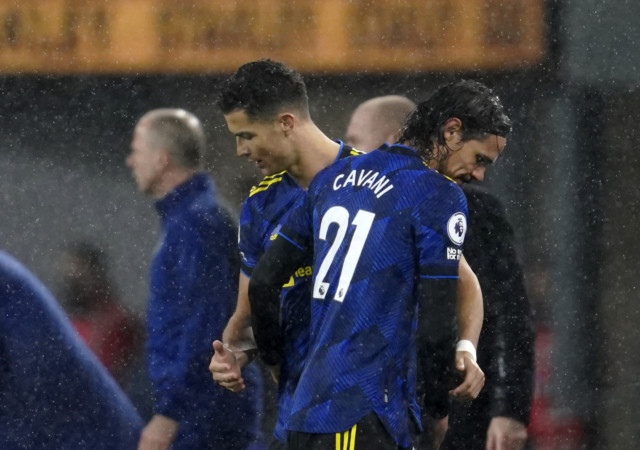 Cristiano Ronaldo came on as his replacement and he too struggled to influence the Manchester United attack, with the match finishing 1-1.

Cavani has struggled at times this season, particularly when starting – he has scored just two goals in 15 appearances.

But Ronaldo is on a bad run of form having failed to find the target in five consecutive games for the first time in a decade.

CR7 also showed signs of frustration at Turf Moor as he stormed down the tunnel at full-time, clearly unhappy at having dropped points in the top four battle.

Yet even qualifying for the Champions League would not be deemed a success for many members of the United squad, including Scott McTominay.

The midfielder believes he and his team-mates are capable of winning silverware and a failing to achieve that is not good enough.

Some United fans feel starting Cavani is a problem with others claiming his shake of the head, as reported by the BBC’s Simon Stone, is a sign of poor attitude.

One supporter wrote: “The reaction of Cavani coming off for instance, shaking his head.

“Hang on a minute pal, you refused to play last week against Middlesbrough! The lot of them are a joke – as is the entire club at the moment to be fair.”

Another added: “Cavani had his head in Uruguay still. So frustrating to watch!”

A third said: “Disappointed with his own performance most likely. He’s been poor tonight. Still beautiful though.”