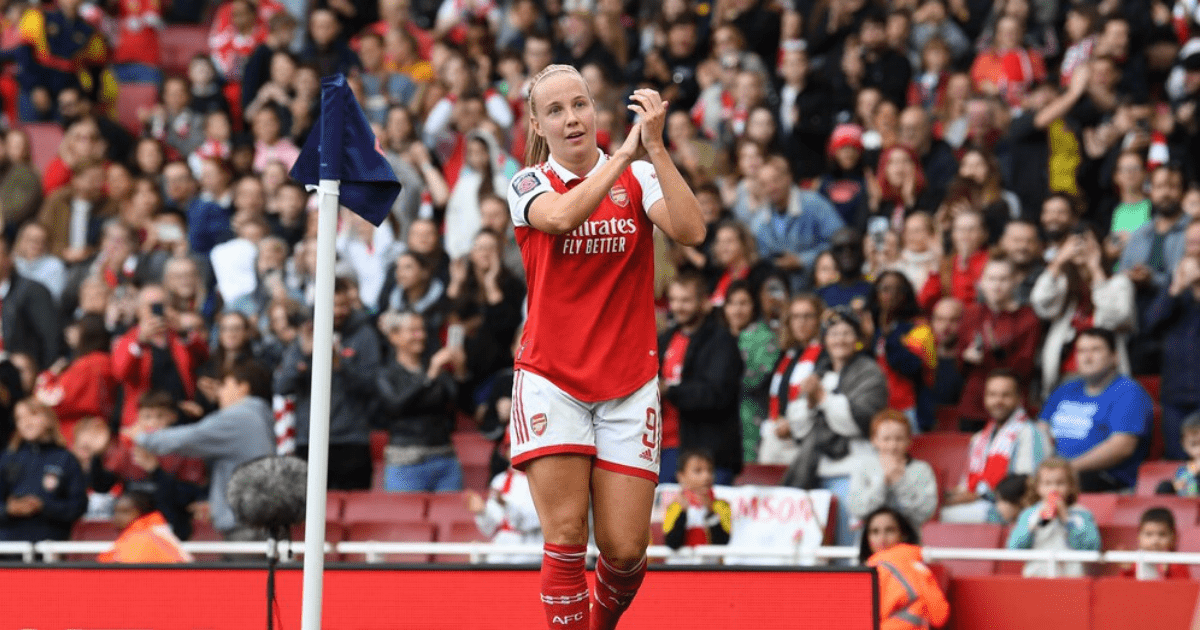 JONAS EIDEVALL saluted Arsenal’s fearlessness after their derby day trouncing of Tottenham in front of a record-breaking WSL crowd at the Emirates.

Katie McCabe made her 100th league appearance for Arsenal and her 158th in all competitions.

The Ireland captain holds the record with Mead for the most appearances.

Not since Boxing Day in 1920, when Dick Kerr Ladies took on St Helen’s Ladies has a women’s club football game in England pulled in a crowd of more than 50,000.

This was the highest number of fans at a match between two top-tier women’s sides in the country since Chelsea’s FA Cup final defeat of Manchester City in May recorded a 49,094 attendance.

On the record being broken, Gunners’ boss Eidevall said: “I don’t want to sound arrogant, but I don’t think we should compare attendance figures in terms of tickets given away and tickets sold.

“I don’t think it’s fair when you’re doing that comparison.

“This game is the best advertisement there can be for people coming.

“This is what it’s about -for people to come here and to feel proud of the team and the players, and wanting to come here to support

“We really felt that with the supporters who came and we really hope that many of them come back and bring a friend so we get a sell-out.”

“Seeing 47,367 fans in the stadium shows just how much the women’s game has grown.

“I hope this momentum can continue throughout the whole campaign.”

The result for Arsenal was the perfect antidote to their midweek 2-2 draw with Ajax in the Champions League.

The Dutch side snatched a late Round 2 first-leg equaliser at Meadow Park.

Eidevall, whose team play Ajax in the return leg on Wednesday, added: “For us, it’s really important that we give 100 per cent when we play. We shouldn’t have any other gear.

“With our positioning we made Spurs look less aggressive in their press.

“They are a very good team, but we didn’t concede one single goalscoring opportunity against them.

“After the Ajax game, I told the players we played poor defence that night. 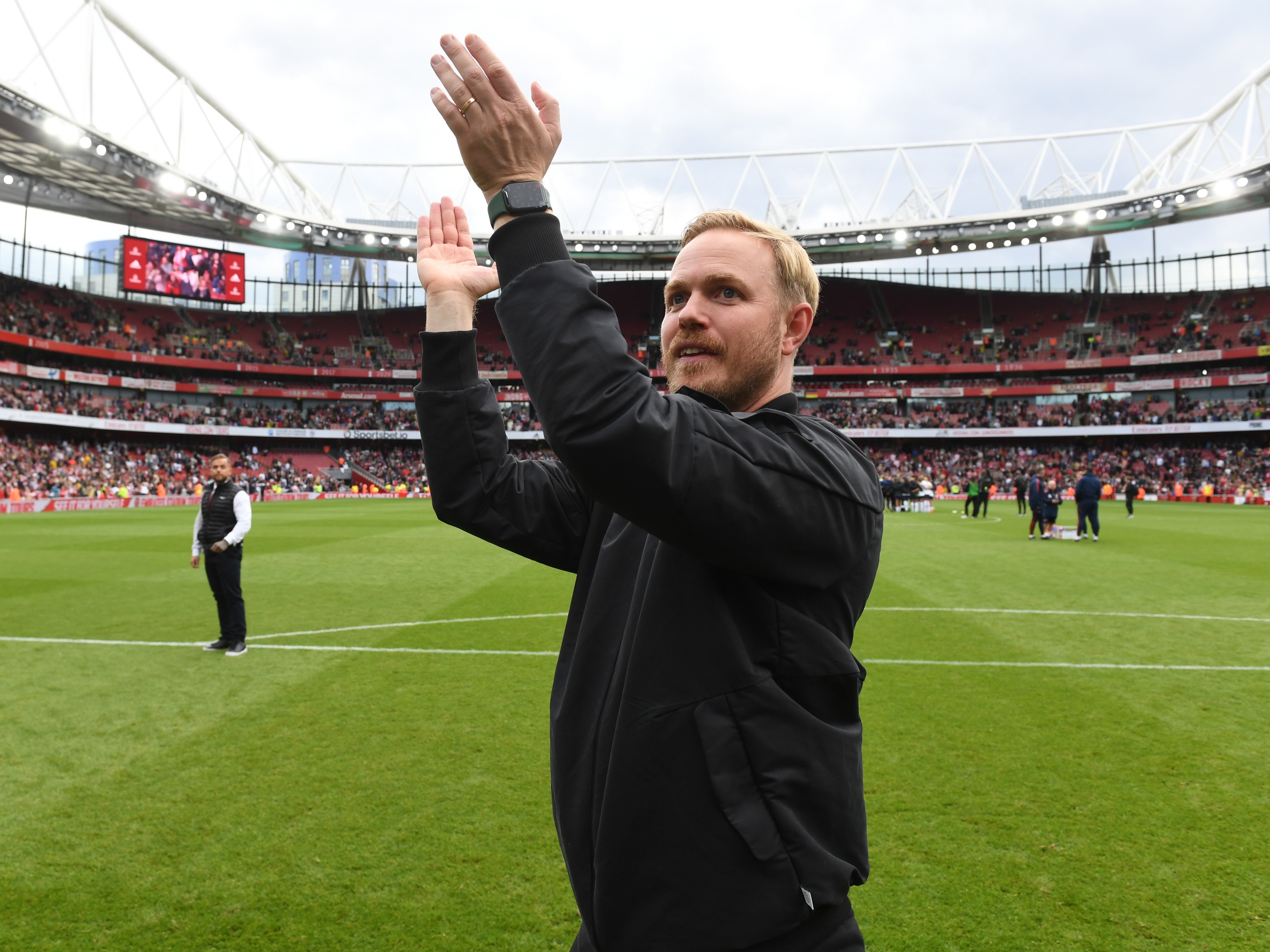 “But here we played great in defence, and we now have eight clean sheets in a row in the WSL.

“This is very, very impressive and a big testament to the players.

“The fearlessness that the players did it with, I was so impressed with that.

The Gunners took just five minutes to get off the mark as they looked to hem the visitors into their own half.

Beth Mead opened the scoring by latching onto a threaded pass before curling in the opener beyond Rebecca Spencer. 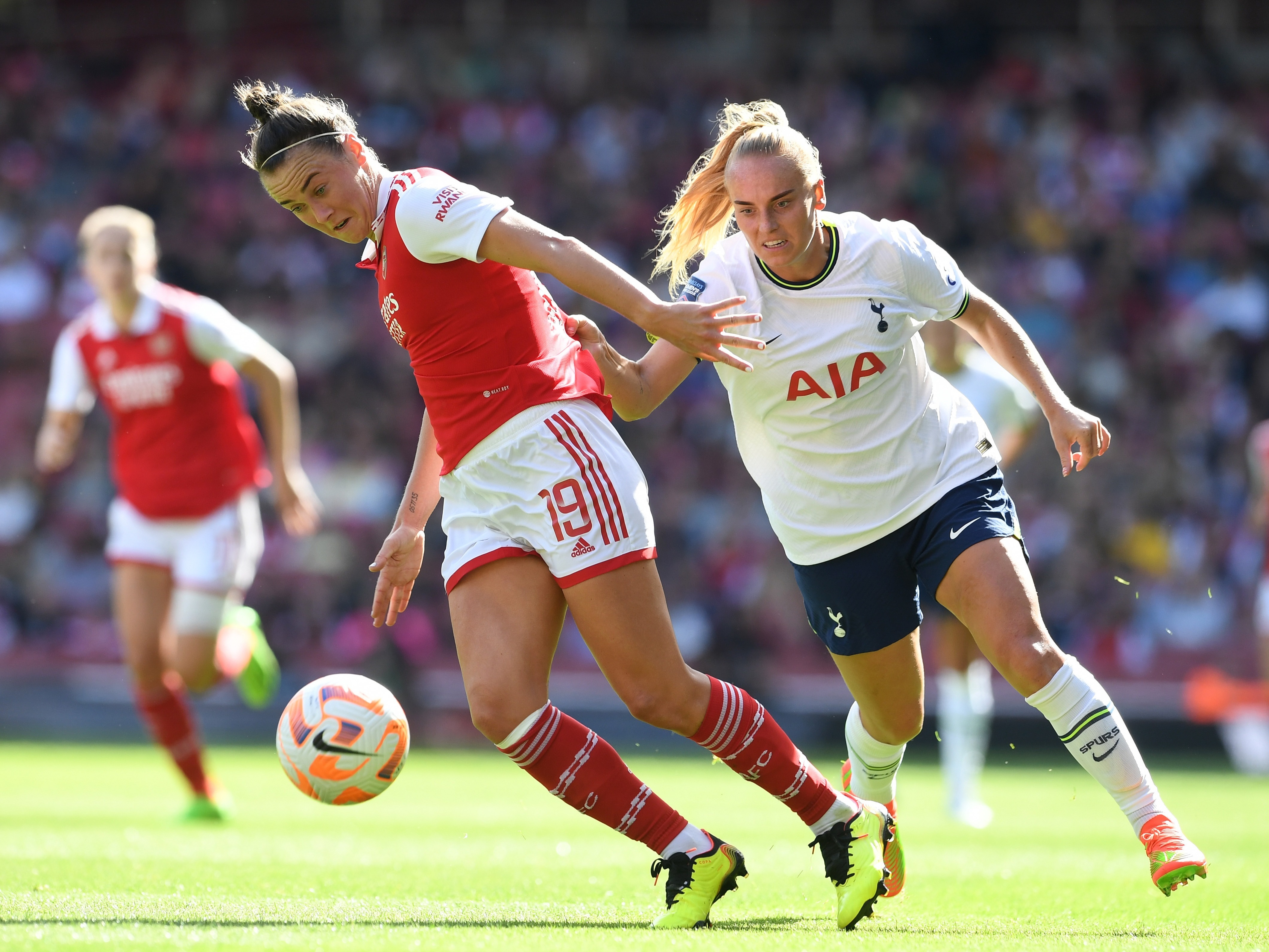 Caitlin Foord was among the standout performers for Arsenal against Tottenham

The hosts looked to make it 2-0 with Katie McCabe firing an effort over the bar before Spurs began to settle a little and made one of a few forays forward.

Manuela Zinsberger made a comfortable stop from Celin Bizet Ildhusoy’s attempt in the 38th minute.

Arsenal doubled their lead moments close to half time with Miedema scoring her first league goal of the season.

The contest became a little tetchy with Caitlin Foord cautioned for a challenge before Tottenham’s Ashleigh Neville and Amy Turner were booked. 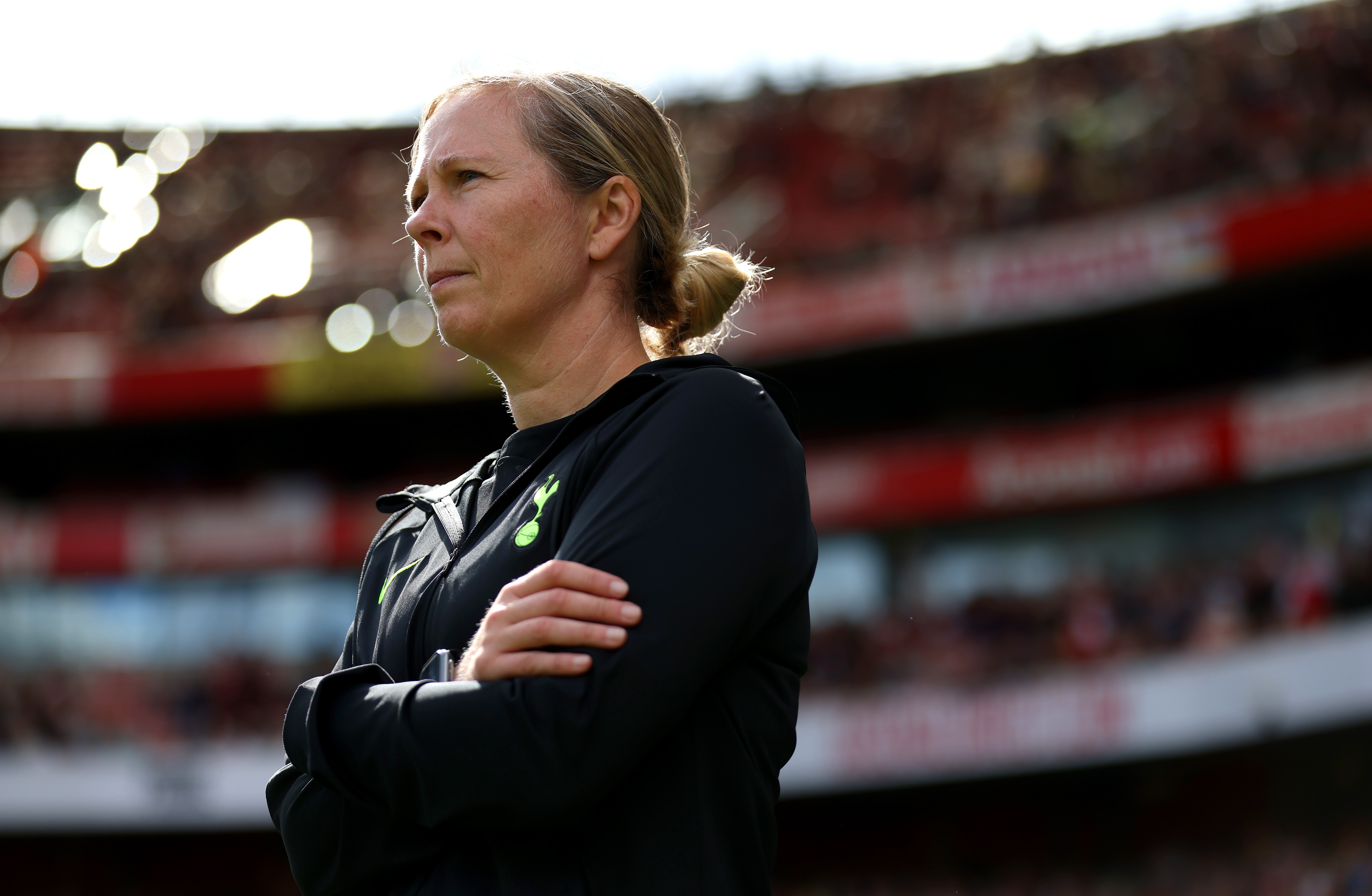 Spurs boss Rehannethe Skinner hopes her side will take some lessons from the result ahead oinf their Conti Cup duel with Reading.

Skinner said: “I don’t think we did it ourselves justice, so that’s disappointing for everybody involved.

“But it’s definitely something that we need to take the lessons from and improve on for the game next week.”

Did you miss our previous article…
https://www.sportingexcitement.com/football/premier-league/fans-hail-martin-skrtel-a-warrior-after-liverpool-legend-in-sickening-clash-of-heads-with-man-utds-fraizer-campbell/