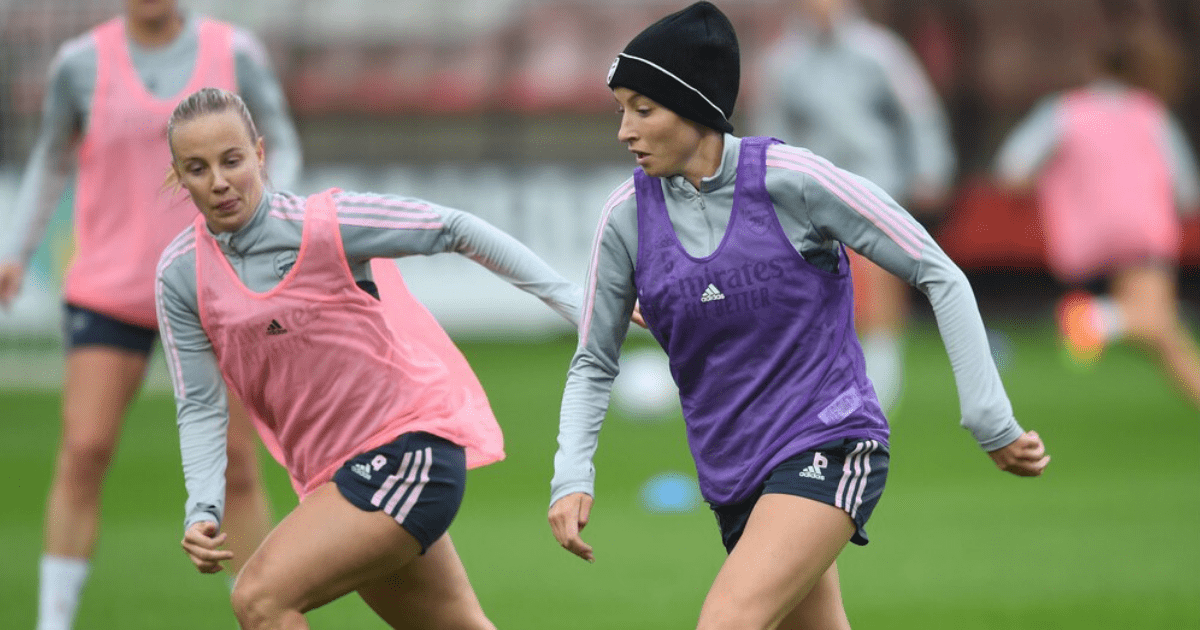 JONAS EIDEVALL is under no illusion about the hard task awaiting Arsenal in their battle with Ajax for a Champions League group stage spot.

The Gunners are targeting an away win against their opponents who frustrated the WSL leaders by clinching a Round Two first-leg draw.

Arsenal go into the game, which kicks off at 6:00 pm tonight off the back of a 4-0 defeat of Tottenham watched by a record WSL crowd of 47,367 at the Emirates.

And they will play in front of a record crowd at the De Toekomst Stadium home of their rivals this evening.

Victory over Ajax will see the Gunners play their Champions League group stage games at the Emirates.

Arsenal head coach Eidevall, 39, who has a fully fit for the game, said: “Of course, we want to play in the group stage and we want to go as far as possible.

“This is the game we need to win in order to get there.

“In the Champions League it’s about playing against the best. It’s about being challenged.

“And it’s nice the club want to play at the best stadium – the Emirates. We will do our very best in order to go through.

“We can take a lot of energy and positive momentum from our win against Tottenham.”

On whether Ajax will be buoyed by the draw by their impressive display last time out, Eidevall added: “I thought they played with a lot of confidence last week.

“I’m under no illusion that this game will be anything else.

“It will be a hard game. Away matches in Europe are tough when we’re playing a good team like Ajax.

“We will need to defend well, attack well and be good at set pieces and in transition.

“It’s up to us to be the best that we can possibly be. I believe we can go through.”

Having reached the contest’s quarter-final stage last term before being knocked out by Wolfsburg Eidevall’s side hope to progress further this season.

And the club remains the only English side to have won the Women’s Champions League with their 2007 triumph.

Since then, the contest has been dominated by Europe’s other giants with French side Lyon having won the tournament eight times including their 3-1 triumph over Barcelona in May.

Chelsea became the first English side to reach the finals in 14 years when they took on Catalan giants Barca in May last year.

The overall winner of this term’s Champions League is set to receive £301,000 in prize money with the runners-up awarded £172,000.

Match victories for teams in the group stage is thought to earn sides £43,000.

On whether he feels contest pressure on Arsenal from a financial perspective, Eidevall added: “I don’t spend much time thinking about other things and I don’t think I should do either.

“I went into this game preparing to get the best possibilities to win and I don’t think about anything else.”