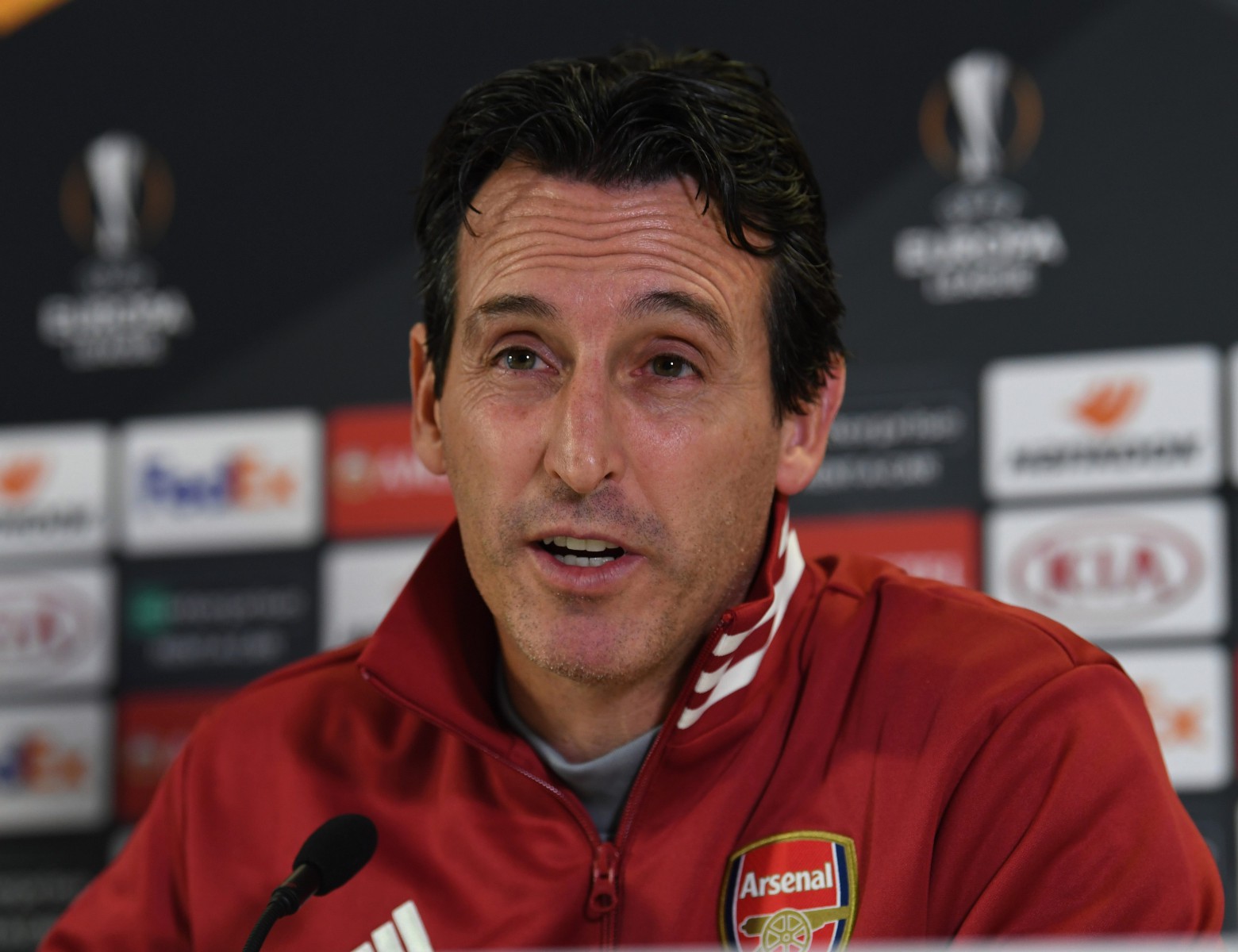 UNAI EMERY has accused Arsenal fans of having short memories and forgetting their results before he arrived.

The frustrated Emirates boss came out swinging after the verbal mauling he took for Mondays damaging 1-0 defeat at Sheffield United.

And he claims his team are in far better shape than they were 18 months ago when he was drafted in to replace Arsene Wenger.

Spaniard Emery said: We need to remember what things were like when I arrived here because some people seem to have forgotten.

This team in its history won many times 1-0 and was very competitive but that wasnt enough for some supporters.

So then they changed the process and they improved the creativity and when I arrived here that aspect was more or less good.

But the team was not competitive enough and that was something that needed to be improved. I think in the last year I have started to make this team more competitive, while also playing some very good matches with more energy and intensity.

The former Paris Saint-Germain boss has clearly been rattled by the stick he has copped in recent weeks and was more animated than anyone at Arsenal can remember ahead of tonights Europa League clash with Portugals Vitoria Guimaraes.

Emery launched a passionate defence of his tactics and insisted his determination to persevere with the clubs young stars will inevitably lead to inconsistency.

The 47-year-old said: I was in my office looking at the picture of last seasons squad and now we have ten different players. Thats 40 per cent of the squad.

We are in the process with young players and we need to show patience.

We have spent a lot of money on Nicolas Pepe but he needs time to adapt to the Premier League.

For example, in France I loved Fabinho a lot. When he was at Monaco I wanted to sign him for PSG.

When I arrived at Arsenal, his name was on the table to try to sign him but he went instead to Liverpool.

But in the first six months at Liverpool, he didnt play.

That was his adaptation but now he is amazing.

And I want the same thing for Pepe, for Dani Ceballos and for all the other young players like Joe Willock, Reiss Nelson and Bukayo Saka.

We are not saying to these guys You can train with us but you are on the bench for the matches. No, they are playing and that is a process that needs some patience.

Last year Matteo Guendouzi arrived here from the second division in France but we didnt put him in the Under-23s or sit him on the bench.

We played him in the team, even though he struggled with tactical issues, above all defensively.

But this year he is doing better and all the supporters are happy with him.

And that is because we worked with him last year on the pitch.

Emery will again make changes to his team for tonights Group F game against Guimaraes, who have yet to earn a point.

His Gunners have a 100 per cent record so far, scoring seven goals and keeping two clean sheets.

And he believes it is his more experienced Premier League players who need to take a lesson from the kids in how to excite the clubs sceptical fans.

He added: We have had some matches this season against Standard Liege, Eintracht Frankfurt and Nottingham Forest when we played with real aggression, very good pressing and very good ball control.

But we havent done that in some matches in the Premier League and I want to extend that kind of football to our next game on Sunday against Crystal Palace.