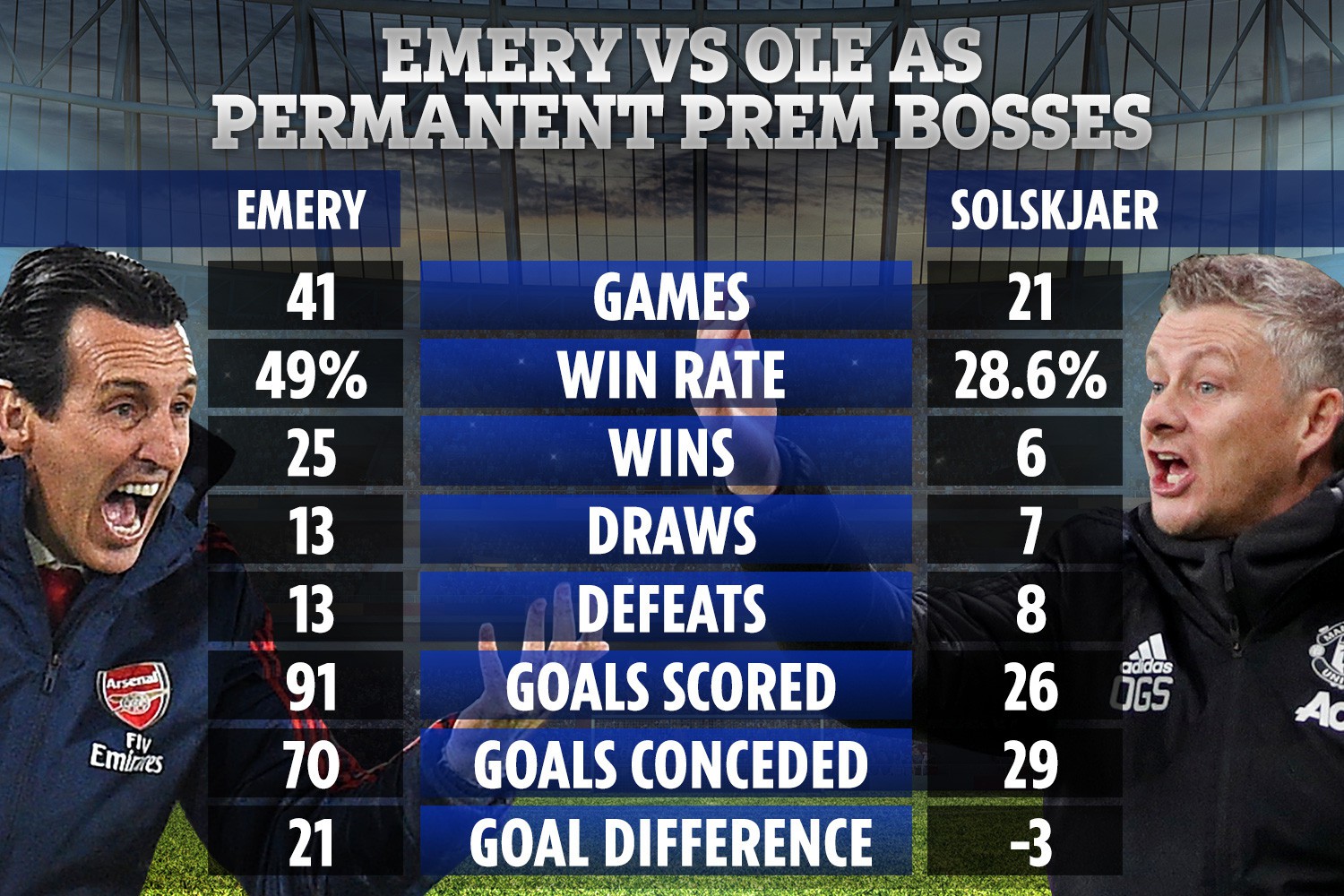 Since the Norwegian was appointed permanent manager at Old Trafford on March 28 2019, his stats dont make for good reading.

However, its Emery who received his marching orders on Friday morning after Arsenals 2-1 home defeat to Eintracht Frankfurt made it seven games without a win in all competitions.

Thats the Gunners worst run since 1992 when George Graham was in charge.

Emery played 41 league matches after leaving Paris Saint-Germain for the Emirates in 2018.

That gives him a fairly respectable win rate of 49 per cent.

In comparison, since being made Uniteds full-time manager, Solskjaer has been in charge of 21 matches.

But hes won just six of those, while drawing seven and losing eight.

The Norwegian therefore has a win rate of just 28.6 per cent as he approaches a year since replacing Jose Mourinho as Uniteds interim boss.

Meanwhile, Emery was often accused of failing to send his players out onto the pitch with a game plan.

The move to a five-man defence drew complaints of negative tactics. 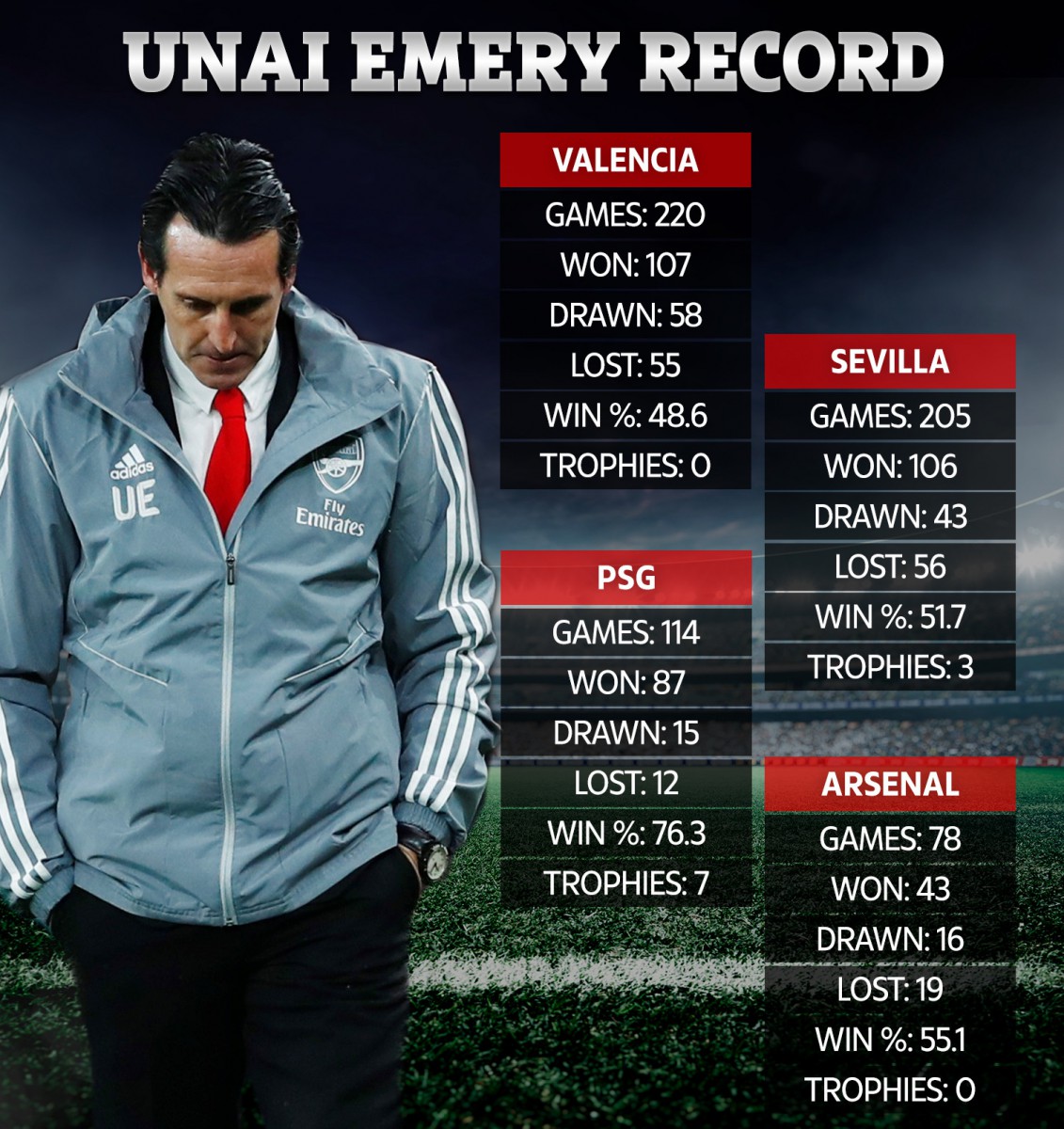 But Emerys men scored 91 Premier League goals during his 18 months at the helm.

They conceded 70 in that time too, giving them a decent goal difference of 21.

United fans may want to look away now though, with Solskjaer yet to provide the swashbuckling football they were promised at the start of his regime.

Since he got handed a three-year contract back in March, Oles United side have scored just 26 goals.

And theyve conceded even more, shipping 29 times for a goal difference of MINUS 3.

Arsenal fans are now looking forward to the future after Freddie Ljunberg was put in the hot seat until a full-time successor for Emery can be found.

Carlo Ancelotti is the latest name to be linked with the job.

It remains to be seen if Solskjaer remains in the United chair for much longer, with ex-Spurs gaffer Mauricio Pochettino tipped to replace him in the near future.