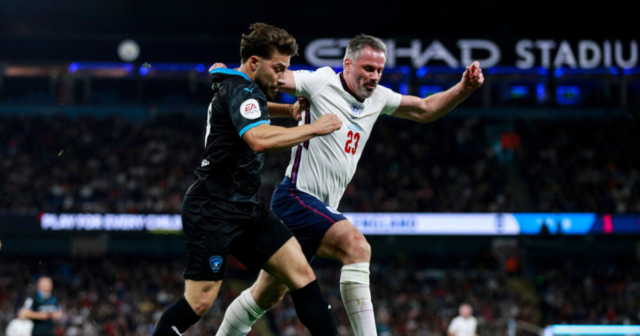 KEM CETINAY bagged a brace as a star-studded World XI side triumphed over England in this year’s Soccer Aid.

And Lee Mack finally got off the mark in front of a packed Etihad stadium helping his side seal a comfortable 3-0 win.

More than £13million was raised from the charity fixture in aid of Unicef with teams featuring a mix of celebrities and sports icons including former Man United and City players.

And Patrice Evra and Nigel De Jong were among the stars on a World XI competing in Soccer Aid which celebrates its tenth anniversary this year.

Before the game, England saw two of their players pull out.

TV presenter Ronan Kemp withdrew due to a positive coronavirus test and Top Gear’s Paddy McGuiness pulled out after suffering an injury.

Many of the best moments of the clash occurred in the second half with all three goals netted during this period.

And Kem registered his brace in the 73rd minute before Lee Mack finally got his long-awaited Soccer Aid after missing dozens of opportunities in previous fixtures. 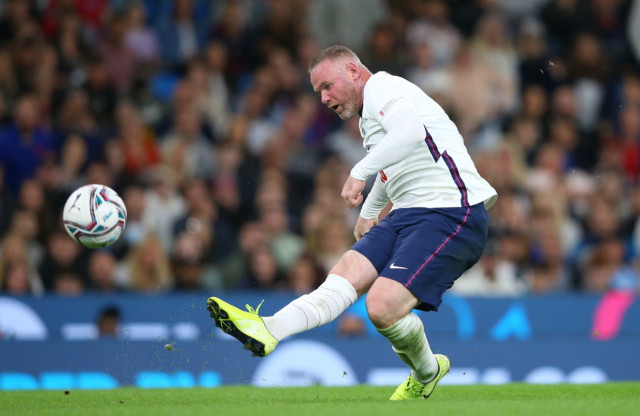 The TV star, who swapped teams to join the World XI squad, netted his first-ever goal in the annual charity match in the 89th minute.

The climax of the match saw Robbie Williams reveal that a whopping £13,014,769 had been raised from this year’s match. 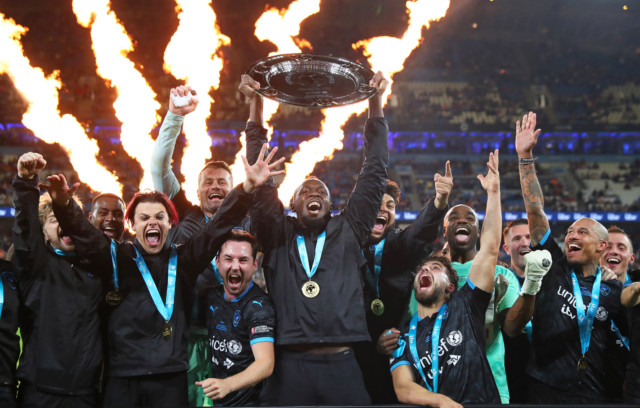