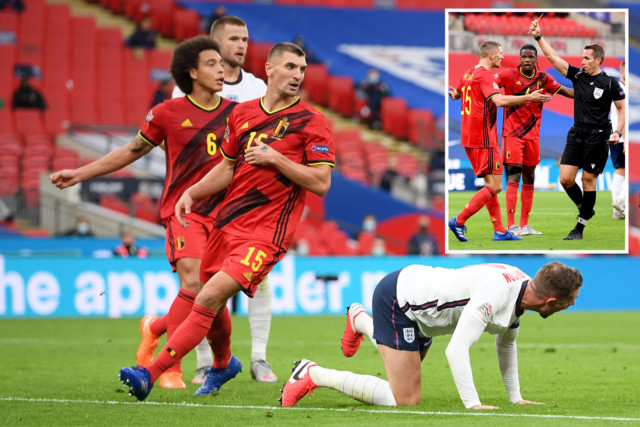 JORDAN HENDERSON turned Wembley into the Theatre of Screams to launch the England fightback against Belgium.

The Liverpool skipper yelled at the top of his voice when he was pulled back by Thomas Meunier.

And that was enough to convince German ref Tobias Stieler to award England a soft 39th minute penalty for Marcus Rashford to cancel out Romelu Lukaku’s earlier spot kick for Belgium.

Borussia Dortmund full-back Meunier was so stunned by the decision that he even re-enacted the incident with Henderson at the final whistle.

But Henderson smiled: “I got in front of my man and I felt he pulled me back on my shoulder. So it was a penalty…would you agree?”

Belgium boss Roberto Martinez certainly didn’t concur and said: “It would have been a different game if VAR was available.

“The modern game has gone a different way in refereeing and when there is no VAR we didn’t get the luck we needed with the decisions.”

Lukaku added: “We conceded two goals that we might not concede on any other night and we’ve lost a game which we might never lose again.

“If we were leading 3-0 at half-time nobody could have complained.” 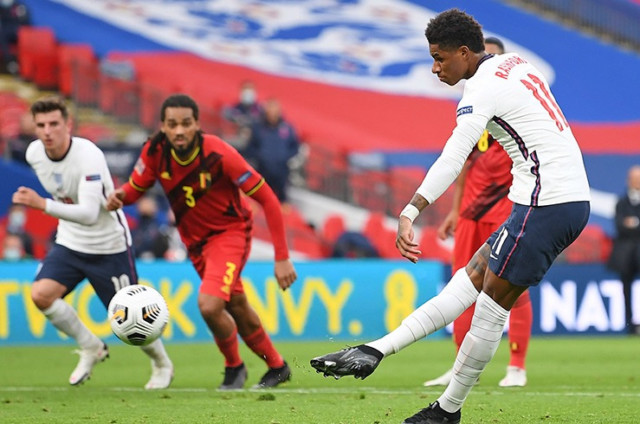 Marcus Rashford converted the resulting penalty to make it 1-1 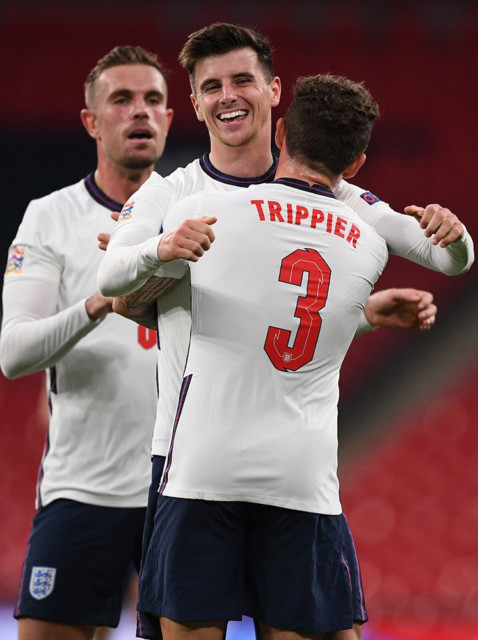 Martinez said: “There was a feeling that he wasn’t right but was more a precaution that we had to avoid.

“It wasn’t a soft tissue injury, it’s more neurological. He wasn’t 100 percent but it’s too early to say the extent of the problem.”

Match-winner Mount was delighted with his first Wembley goal and said: “They’re the number one team in the world and we were hanging in there at times.

“But we got to half-time at 1-1 and then we could regroup and fix the problems we were having. And we did that.

“My goal is a special achievement. I just found myself in a bit of space in the box and I only had one thing on my mind – to try to get the ball from under my body and have a shot.

“It took a big deflection but It doesn’t matter how they go in. I’ll take that all day long.”