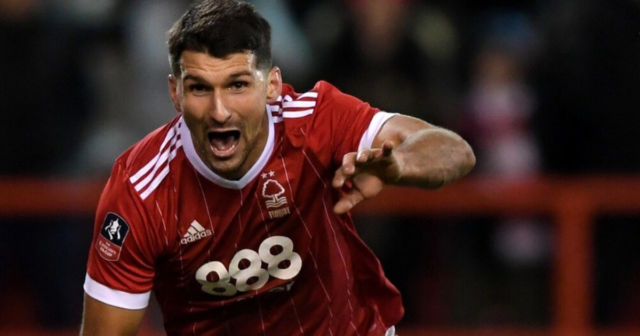 NOTTINGHAM FOREST’S FA Cup hero Eric Lichaj is backing the current crop to repeat history by dumping Arsenal out in the third round AGAIN.

And he wants to be in the crowd to witness someone grab themselves a hat-trick.

Steve Cooper’s Forest host the Gunners on Sunday evening, four years on from their memorable 4-2 win at the City Ground at the same stage of the competition.

Lichaj, 33, believes another cupset could be on the cards and told SunSport: “Before we beat them 4-2, we lost 4-0 and after we left they lost 5-0 so I’m hoping it flip-flops the other way and we get another win.

“Another 4-2 would be nice, loads of goals, a good FA Cup tie and maybe someone gets a little cheeky hat-trick.

“Fans look for the underdog, everyone can be in for a shock no matter what club or league you’re in.

“I’ll give Forest a big chance, actually. Hopefully, they start the same way as in 2018 – if they do, they have every chance of winning the game.

“I’m looking forward to a good game. I will probably go and watch. I want to see them on the front foot, give Arsenal a game and something for the fans to cheer about.”

Right-back Lichaj grabbed TWO of his ten professional career goals in the 2018 victory.

The first was a close-range header before a ‘special’ sumptuous chest and volley into the top corner that etched his name into Forest folklore – and secured him a long-awaited beloved pet dog.

Per Mertesacker and Danny Welbeck were on target for Arsenal but Ben Brereton Diaz and Kieran Dowell scored second-half penalties to knock the holders out at the first hurdle of their defence.

American Lichaj holds fond memories of that famous day – helped by fans regularly reminding him – even though Forest were dumped out by Hull in the next round.

“It’s something that will live with me. It’s part of the history of Nottingham Forest – although it’s not quite the European Cup.

“Arsenal were the first team to go out as holders in the third round. I didn’t realise it was Wenger’s last FA Cup match but he has enough trophies and accomplishments, he probably doesn’t think about that game.

“I did not score too many goals but those two will always be special to me.

“For the first one, Arsenal’s defensive set-up was actually terrible. So I left it to the last minute to get in front of David Ospina and nodded in.

“The second one everyone else remembers. Believe it or not, I scored some special goals in training but I’m just glad I got to do it on the main stage in front of all the Forest fans, especially against a team like Arsenal.

“That’s the best goal of my career technique-wise. I won’t replicate that for a long while – well definitely not now I’m retired!” 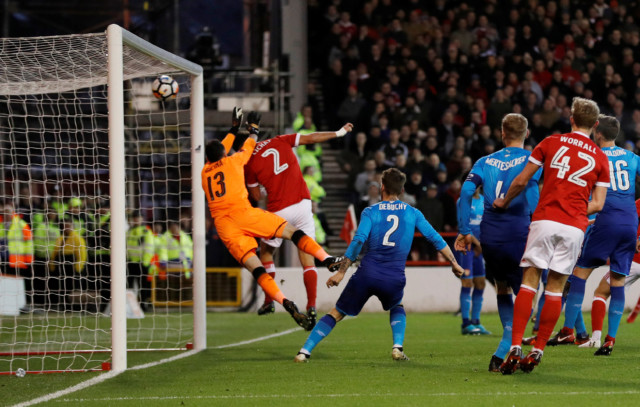 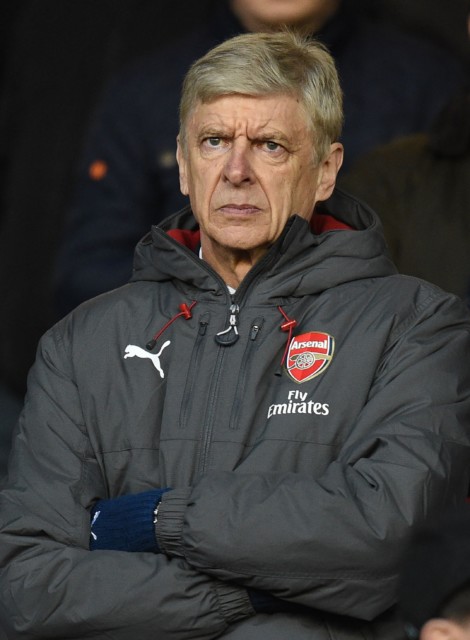 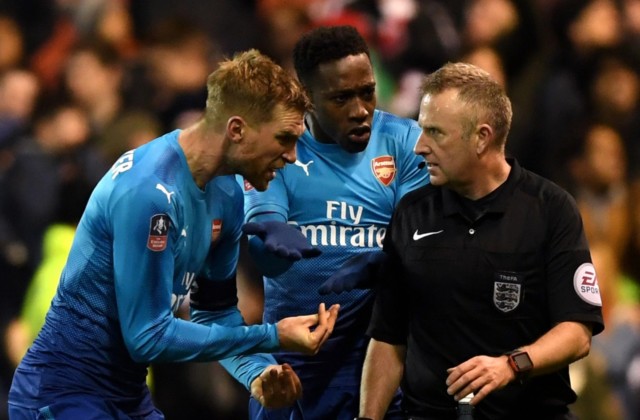 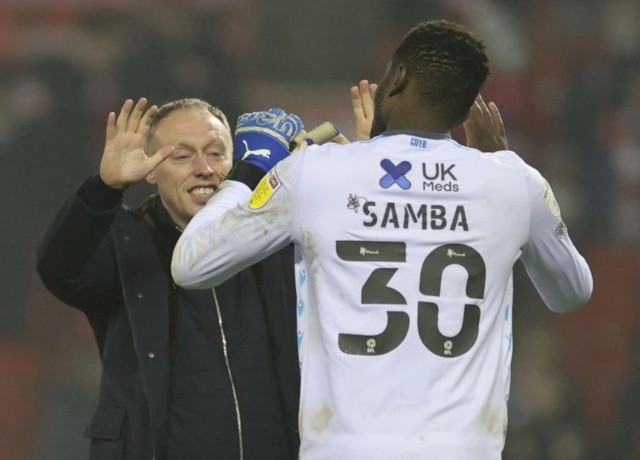 Steve Cooper will be desperate for a repeat result on Sunday evening at the City Ground
Advertisement. Scroll to continue reading.
In this article:arsenal, city ground, Nottingham, nottingham forest