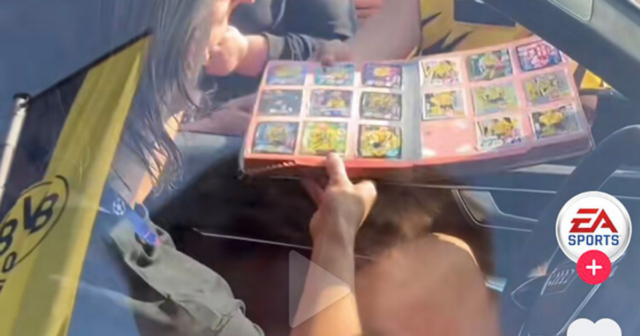 ERLING HAALAND donned a pair of Leeds United shorts as he signed autographs for fans yesterday.

The Norway international has been linked with a whole host of clubs this summer – although Marcelo Bielsa’s side aren’t one of them.

But Haaland is fond of the Whites, having been born in Leeds himself.

His birth came while dad Alf-Inge was based in the Yorkshire city while playing his football at Elland Road.

Alf-Inge would soon move on to Manchester City, but it is Leeds that appear to have kept Erling’s heart.

He has made no secret of his fondness for his hometown team, having said as a 16-year-old in 2017: “I want to be the best possible. The dream is to win the Premier League with Leeds.”

He said: “I think he is a great player and the best player out there today.”

And speaking of the swap, Dallas told talkSPORT: “It probably didn’t look too good. I thought he meant inside, but he shouted at me and asked to do it now.

“We did it and then he leaned into me and said, ‘Marching on together!’ 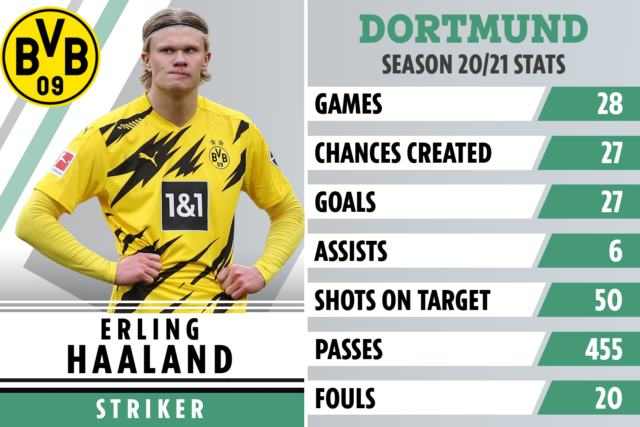 “It was a bit strange. I’ve known the Leeds connection with his father and it was nice he wanted my shirt.”

Haaland has been strongly linked with a move to the Premier League, with Chelsea in particular said to be readying a huge bid.

But the player himself is happy at Dortmund, and future club chief Sebastian Kehl insisted earlier this week that Haaland will be remaining with the club for at least another season.