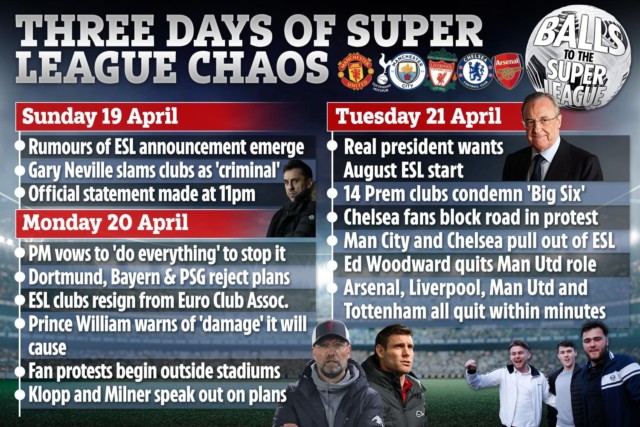 IT STARTED with the madness of Real Madrid president Florentino Perez, claiming the Super League was the only solution to “save football”.

Then it was Fifa president Gianni Infantino, firing his warning shot to the rebel 12.

By mid-morning, Prime Minister Boris Johnson was personally promising to bring the plot crashing down.

Then we heard Uefa chief Aleksander Ceferin urging the Premier League’s “dirty half dozen” to own up to their “mistake” and apologise to the fans who “bleed themselves dry” for their football clubs.

And that was just the start of football’s longest day, a battle for the soul of the game that ended with the bodies of the victims strewn over the Prem’s boardroom tables.

With Tottenham chairman Daniel Levy savaged by the left-behind gang, metaphorical blood weeping from the wounds inflicted by the Angry Brigade, who were not soothed by his messages of contrition.

With Manchester City and Chelsea both insisting they were the first to realise the £4.6billion house of cards was doomed and jumping out of the first floor window.

And finally with Ed Woodward, the public face of the Manchester United board, falling on his sword to end 16 tempestuous years as Old Trafford’s business brain.

After the PM had promised the FA and Prem he would not let the rebels win, the 14 clubs heard from Brighton’s Paul Barber of his conversation with Levy. 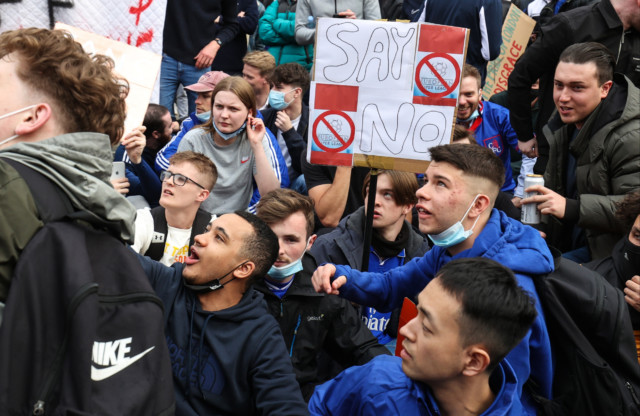 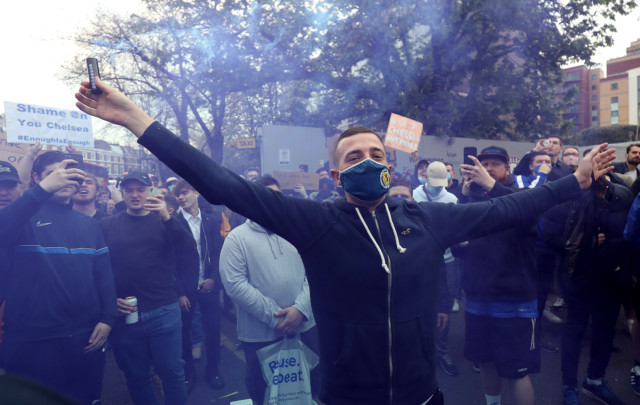 Barber reported: “Daniel is shaken by what has happened. This is not what he wanted, or expected, at all.

“Daniel says this all grew from a feeling that Uefa simply doesn’t listen to us as a league. The big clubs deserve more respect and more money.”

Not that it did Levy much good. One club source revealed: “Paul was told to pass on a simple message back — that Daniel and the rest of them were destroying all of us.

“We are all still seething at what has gone on. Every single one of us. There is no sympathy at all for Levy, or anyone else involved.

“They are the ones who put us in this position because of their greed.”

This is a victory for the good guys.

For the fans who said enough was enough. The players, managers and pundits who voiced their utter disapproval.

The clubs who backed away from the whole shooting match.

Even the FA, Prem and Government who, for once, stood firm and resisted, rather than caving under the first breath of pressure.

And let there be no doubt, this was a victory.

One won inch by inch, thrust by thrust, before the Super League was finally revealed to be football’s version of the Wizard of Oz — all about illusions of power and might but with absolutely zero substance. Yet this was, truly, a momentous day for the game, too, one which proved that many of those who claim to be clad in ermine are actually morally naked.

On Sunday, when the 12 mutineers, including the Prem’s ‘Big Six’, finally broke cover to confirm their elite, closed-shop cartel, it seemed to be the beginning of the end for the established order.

Yet within 48 hours, it was over, leaving just the victims. Some have just lost their reputations.

Others their pride. A few — with more to come — their jobs. But none of them have escaped uninjured.

And while City and Chelsea did the right thing first, the fans who laid siege outside Stamford Bridge and condemned the Etihad hierarchy they have so often rightly praised, will long remember.

Maybe we should have known it was going to be chaos when reports of Perez’s bizarre interview on Spanish TV emerged.

Not only did he claim that the Super League was, effectively, football’s last hope but also suggested 90 minutes was too long for matches anyway.

Super League plotters believed Infantino might secretly be an ally.

Instead, he plunged in the knife, telling the Uefa Congress: “If some elect to go their own way, then they must live with the consequences of their choice.”

Ceferin, the calm, rational Slovenian lawyer, opted for emotion, talking of his email from a heartbroken Tottenham fan, Trevor, devastated at his club’s betrayal of their ideals.

Directly addressing the Prem ‘Big Six’, Ceferin said: “Some will say it is greed, others disdain, arrogance, flippancy or complete ignorance of England’s football culture.

“It doesn’t matter. What matters is that there is still time to change your mind.

“England, this incredible nation with such strong and unique links to football, deserves to have you correct your mistake. It deserves respect.

“Come to your senses, out of respect for those who bleed themselves dry so that they can go to the stadium to support their team and want the dream to be kept alive.”

It was just the start. With fans protesting outside the Bridge, Chelsea’s wobbles had already turned into a full-scale U-turn.

Similarly at City, who were shocked at the global reaction. Both realised the game was up and moved to tender their resignation. Woodward too decided he’d had enough at United.

Gone. Neither forgotten nor forgiven. Just like the whole Super League.

Or, as Ceferin had said, “the so-called Super League, because it is not super”.