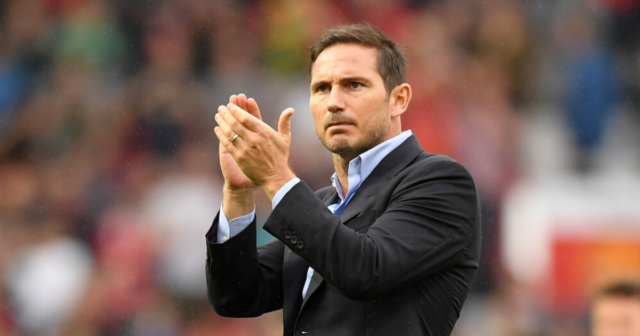 FRANK LAMPARD has been confirmed as the man Everton hope will save their season.

The Chelsea legend has taken over as manager after beating Vitor Pereira and Duncan Ferguson to the job.

Lampard succeeds Rafa Benitez in the Goodison Park hotseat after the Spaniard was given the chop in angry fashion earlier this month.

The pair worked together when Benitez was temporarily in charge at Stamford Bridge back in 2012/13.

Now Lampard takes over from his old boss having himself been sacked as Chelsea manager a year ago.

Lampard told the club’s website: “It is a huge honour for me to represent and manage a club the size and tradition of Everton Football Club. I’m very hungry to get started.

“After speaking to the owner, Chairman and the Board, I very much felt their passion and ambition. I hope they felt my ambition and how hard I want to work to bring it together.

“You can feel the passion Everton fans have for their club. That will be hugely important.

“As a team – the competitive level that the Premier League brings and the position we are in the table – we certainly need that. It’s a two-way thing.

“I think Everton is a unique club in that you can really understand what the fans want to see. The first thing they want is fight and desire and that must always be our baseline.

“My first message to the players will be that we have to do this together. We’ll try to do our job and I know the fans will be there backing us.”

The 43-year-old has put pen to paper on a two-and-a-half year contract on Merseyside.

And Toffees fans will be praying his arrival can propel their relegation-threatened side up the table from their lowly 16th spot in the Premier League. 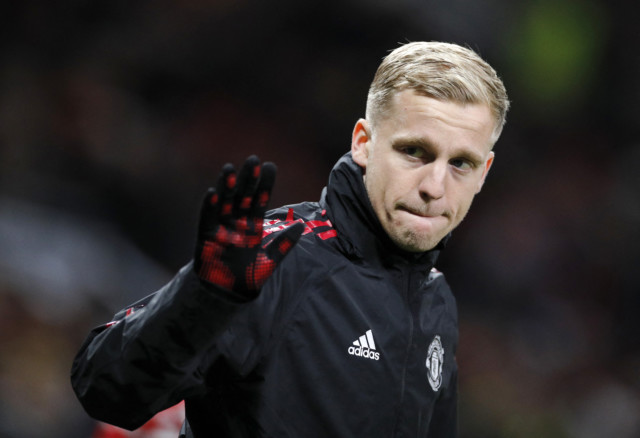 Donny van de Beek will link up with Lampard at Everton

Everton turned to the three-time Prem winner after Derby gaffer Wayne Rooney snubbed the chance to return to his boyhood club.

Rooney said: “Everton approached my agent and asked me to interview for the job, which I turned down. It was a very difficult decision for me, but that’s where we’re at.

“I believe I will be a Premier League manager and I am 100 per cent ready for that now. If that comes with Everton in the future, that would be absolutely great.”

Lampard’s arrival comes too late for his new side to make any further moves in the January transfer window.

But they did manage to bring in Donny van de Beek on loan from Manchester United, with Lampard reportedly convinced he can reboot the struggling playmaker’s career.