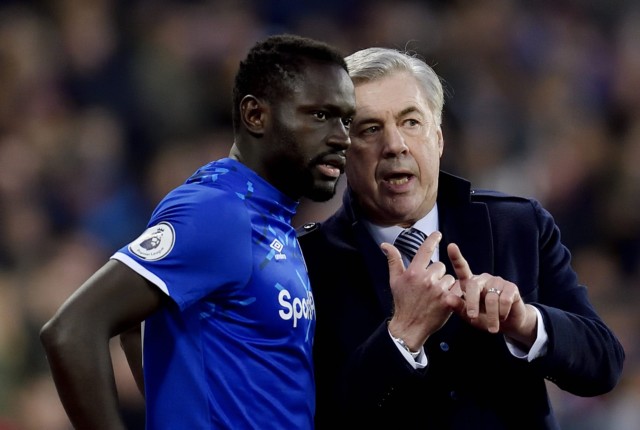 OUMAR NIASSE has been released by Everton after scoring nine goals in over four years on Merseyside.

The Toffees forked out £13.5million for the Senegal international striker when signing him from Lokomotiv Moscow on deadline day of the 2016 winter window.

Niasse made only three appearances this season

However he only played five times that season before being shunted out on loan to Hull.

Decent form on Humberside earned a reprieve in 2017/18, the season in which Niasse netted all nine of his Everton goals.

Then followed a goalless campaign and another loan move away, this time at Cardiff, before his exit was confirmed on Thursday.

Rather than agree a short-term extension to at least see out the season at Goodison Park, the 30-year-old will leave at the end of June.

Joining Niasse in moving on are full-backs Cuco Martina and Luke Garbutt.

Everton have signed up goalkeeper Maarten Stekelenburg and Leighton Baines until the end of next month.

The offer of another year has been made to Baines, 35, who has been linked with a switch to MLS.

The Kirkby-born defender, signed from Wigan in 2007, has spent most of the season on the bench and appeared for the final minutes of the win over Norwich on Wednesday.

French World Cup winner Djibril Sidibe will also stick around to see out the campaign after agreeing an extension to his loan stay.