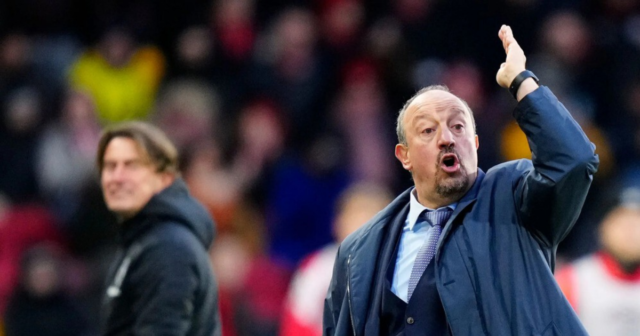 1. Since 2016, which is the only Premier League club other than Chelsea to have shelled out transfer fees of at least £20million on 18 different players?

3. In those last five years, which club has signed a World Cup Golden Boot winner, England’s all-time record scorer and a fella who regularly plays up front for Brazil?

Yet, I don’t know about you, but Everton just seem a complete irrelevance to me.

I mean, I cover Premier League football for a living and find myself going months on end without ever writing about Everton, or without Everton even crossing my mind.

By the way, 2016 is not a year plucked out of the air, it was the year when billionaire Farhad Moshiri bought a controlling interest at Goodison Park and the year when Everton lost their way.

Under the ownership of Bill Kenwright and especially during the 11-year managerial reign of David Moyes, Everton had a clear sense of identity — they were the ‘People’s Club’, plucky outsiders, frequently threatening the top four.

Of course, there were rumblings from supporters that the club required an injection of wealth and increased ambition.

And Moshiri has certainly brought cash and aspiration, having pebble-dashed the transfer market with half a billion pounds.

In relation to those quiz questions, he has hired Carlo Ancelotti, Rafa Benitez and, by way of a complete diversion, Sam Allardyce.

This bizarre scattergun approach seems to go beneath the radar, largely due to the shadow of tomorrow night’s opponents, Liverpool.

But if Everton had been just a slightly bigger club, they would be the subject of constant nationwide ridicule.

And if they had been slightly smaller, they might well have disappeared down the gurgler, like Sunderland or Sheffield Wednesday.

Instead they just Everton along, largely overlooked, in mid-table — with little recognition that this is one of England’s grandest clubs, members of the ‘Big Five’ in the immediate pre-Premier League era, now without a major trophy in 26 years, grossly overspending and underachieving.

Perhaps an actual relegation battle — after 68 successive seasons in the top flight — is what they need to gain some attention.

Benitez — the latest of eight different managers to have picked the Everton team since Jurgen Klopp took over at Anfield in 2015 — is currently making a fair fist of it.

Signing a European Cup-winning Liverpool boss was always likely to be risky but a run of one point from six matches has the air of impending disaster about it.

Benitez can argue that Everton’s spending dried up this summer — with only a handful of modest mid-table signings such as Demarai Gray, Andros Townsend and Salomon Rondon arriving along with the Spaniard.

And a long-term injury to Dominic Calvert-Lewin hasn’t helped him either.

But Benitez has achieved the remarkable feat of making Everton both hopeless and dull, simultaneously.

During their current seven-match winless streak, Everton rank in the bottom four of the Premier League for ball possession, shooting, goals and points.

With Liverpool, Arsenal and Chelsea among their next four opponents, Benitez might not make it as far as his long-awaited love-in with Newcastle’s weirdly-infatuated fans on December 30.

So anyway, there you go, a few thoughts on Everton Football Club.

In case they’d slipped your mind.